If there's a problem with classic breaded cutlet/escalope dishes like wiener schnitzel and cotoletta alla milanese, it's that they're too elegant. The meat - generally veal - is tender and well trimmed, and if a cook isn't careful it can be on the dry side. It can also be bland. The real appeal lies in the crisp breadcrumb coating and in the flavor of the frying fat - which in a perfect world will be clarified butter.

I've always been drawn, however, to grosser versions - in increasing order of inelegance and higher flavor: pork schnitzel in place of veal; pork loin cut a little thicker and with a big juicy rim of fat along the edge, as in Japanese tonkatsu; and the cutlets I make at home. These are cut from the shoulder (the Boston butt as it is inexplicably known in the northeastern U.S.) and are composed of several muscles, some tender, some less so, with layers of fat and even some connective tissue between them.

That may not sound promising, but pork shoulder is full of flavor and is worth any mild exercise it may give your jaw muscles - and it isn't actually tough when treated this way.

I buy boned butt neatly tied into a cylinder, either from the farmers' market or from a good Manhattan butcher who deals directly with his farmers. Some of it I leave in one piece for braising (which is what most people would do with this cut), and some if it I cut into cutlets about 3/8 inch (1 cm) thick. These I pound till they're about 1/4 inch (say, 7 mm) thick and season them heavily, always with salt and pepper and three times out of four with Spanish smoked paprika (pimentón), to which I sometimes think Jackie and I have become addicted. When pounding, be sure to give the fat parts an especially good whack, using the toothed side of the tool if it has one; this will minimize warping when the cutlets go into the pan.

(Incidentally, keep pimentón and other paprikas in the freezer; they are too often home to tiny beetles whose eggs you unwittingly purchased along with the spice and which hatch at room temperature; if they're there, you'll see them, as they're lively little things that don't seem to mind all that capsaicin.)

From that point, it's standard schnitzel operating procedure: dredge in flour (or use a flour caster like the one Jackie still has from her elementary school home ec classes); dip in beaten egg; dredge in breadcrumbs. Though many would disagree, I say there's no need to season any of these things once you've seasoned the meat itself, at least not if your crumbs are made from bread that tastes good in the first place. I use a food processor to make crumbs from stale bread (crusts cut off) that I've cut up and allowed to dry, typically a combination of baguette and sturdier plain breads, but always made of white flours. I keep them in a plastic bag in the freezer, which I top up whenever the bread situation permits.

Once the cutlets are breaded, I put them into the fridge for an hour or so before cooking, if there's time, either on a wire rack or on a plate sprinkled with breadcrumbs. I sprinkle the tops with the remaining crumbs - do not reuse crumbs from a dish into which you've dipped raw meat.

I fry them in ample fat - it's not quite like deep frying, but the fat should be at least half as deep as the cutlets are thick. I use various mixtures, depending on mood more than on any gastronomic principle. Two thirds neutral oil and one third duck fat or lard is a favorite combination. If I have a lot of clarified butter around I'll replace the duck fat/lard with that. Occasionally I'll use 100 per cent duck fat, but there's no real advantage to that. I start the frying over medium-high heat, then lower it to medium a minute after the cutlets have gone in. The cutlets should sizzle energetically. When the first side is golden brown, I turn them over using tongs and begin to shake the pan, which splashes fat over the top of the cutlets, crisping them even further. Because the meat is a little thicker and a lot fattier, it can stand the extra time it takes to get these deeper brown than would be deemed proper in Vienna or Milan.

I drain them on paper towels and serve them with lemon slices and either home fried potatoes or a potato-cucumber salad like the one we brought back from Berlin a few years ago.

To play safe, I set steak knives with these shoulder cutlets, but an ordinary table knife is always sufficient. The crunch? Like one of those elegant schnitzels. The flavor? So much bigger; so much porkier; so much more interesting. 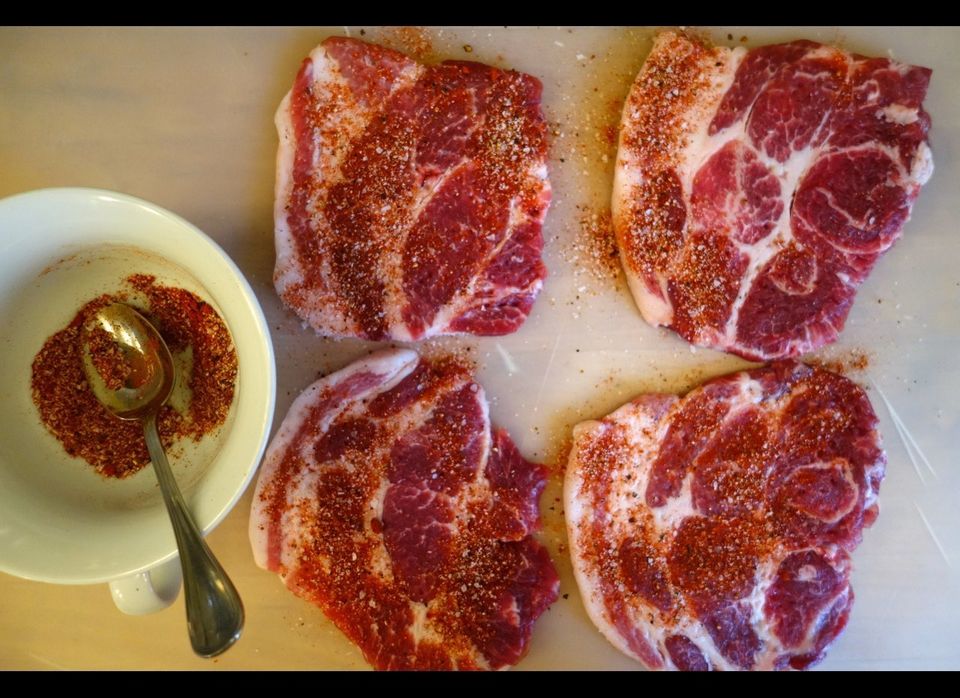 Photograph by Edward Schneider.
Using an old caster to sprinkle with flour 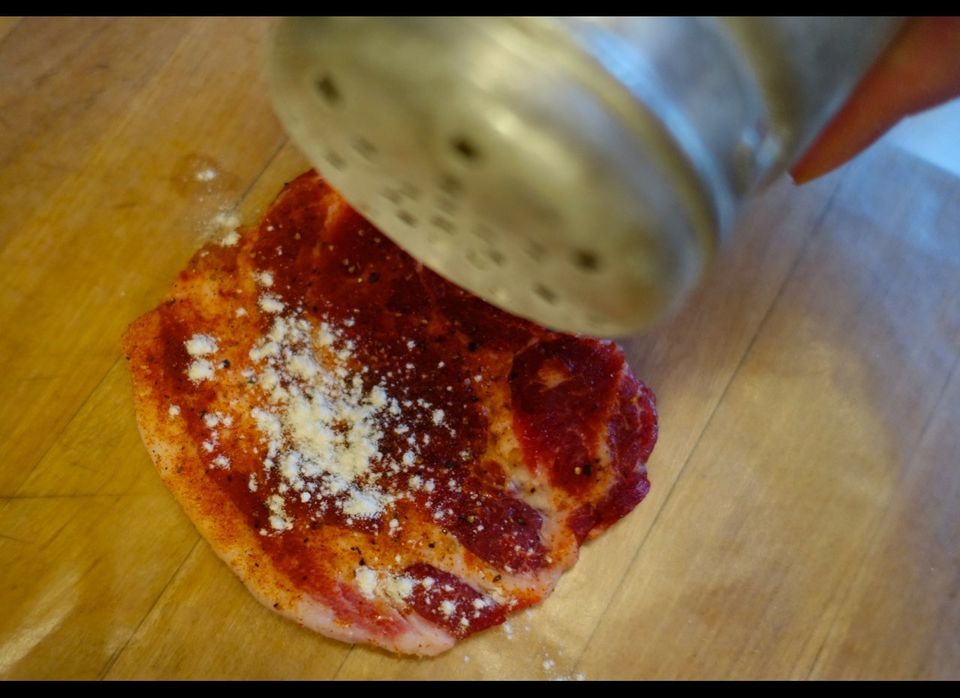 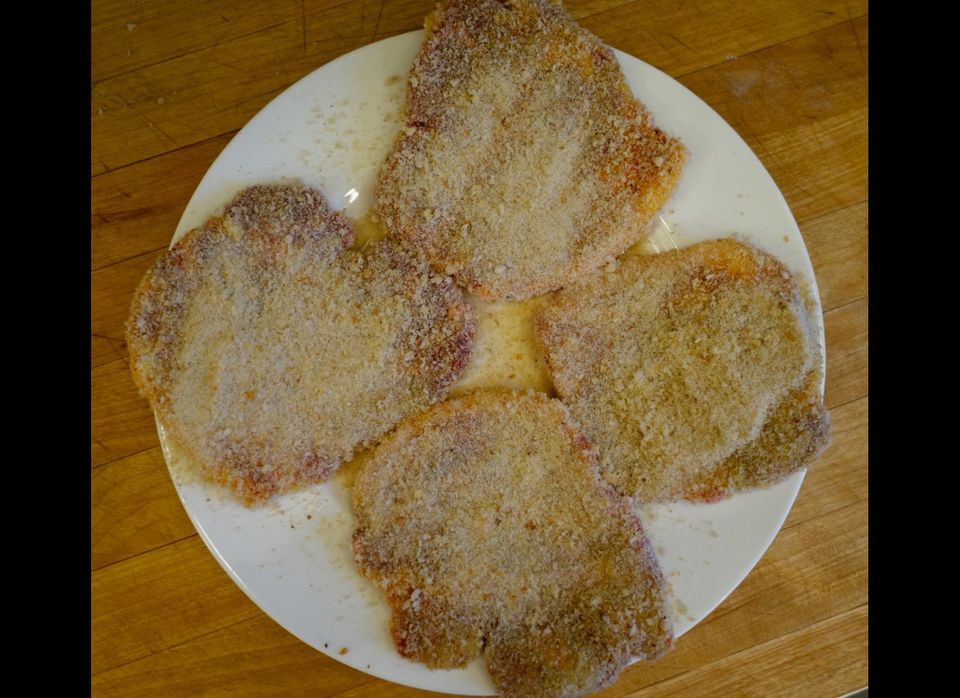 Photograph by Edward Schneider.
Duck fat melting into a pan of neutral oil 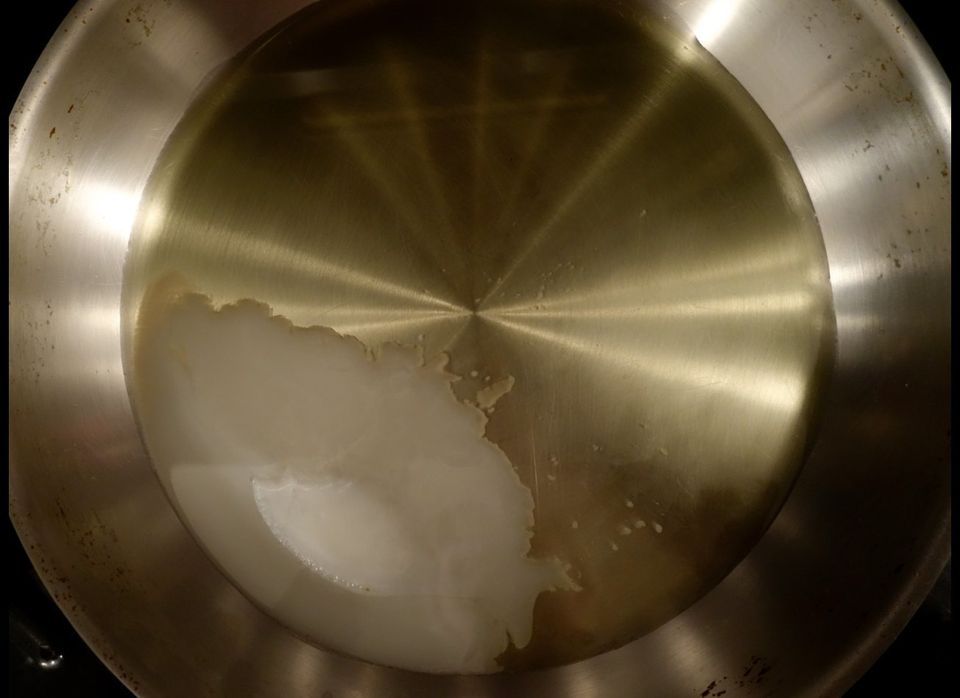 Photograph by Edward Schneider.
Part of the fun of schnitzel-making is shaking the pan 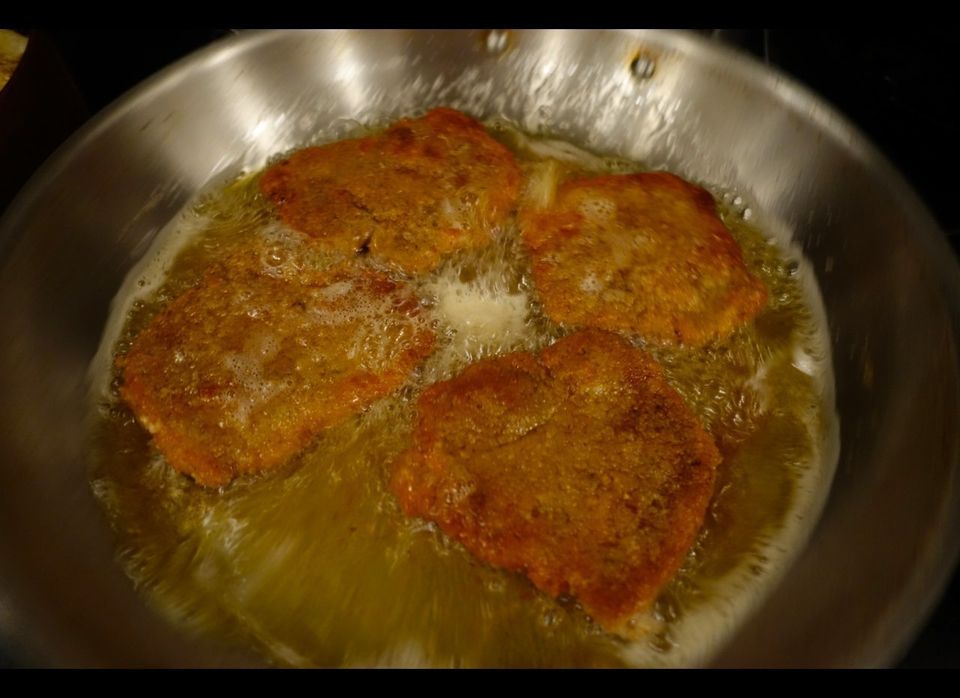 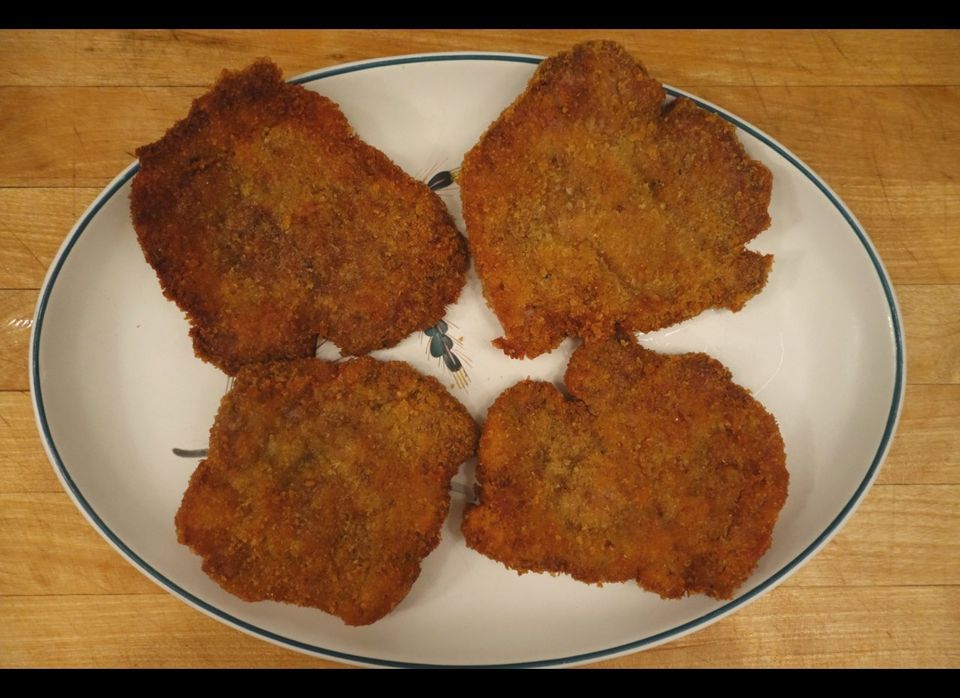 Photograph by Edward Schneider.
It's nice to trim your lemon wedges and pop out the visible seeds 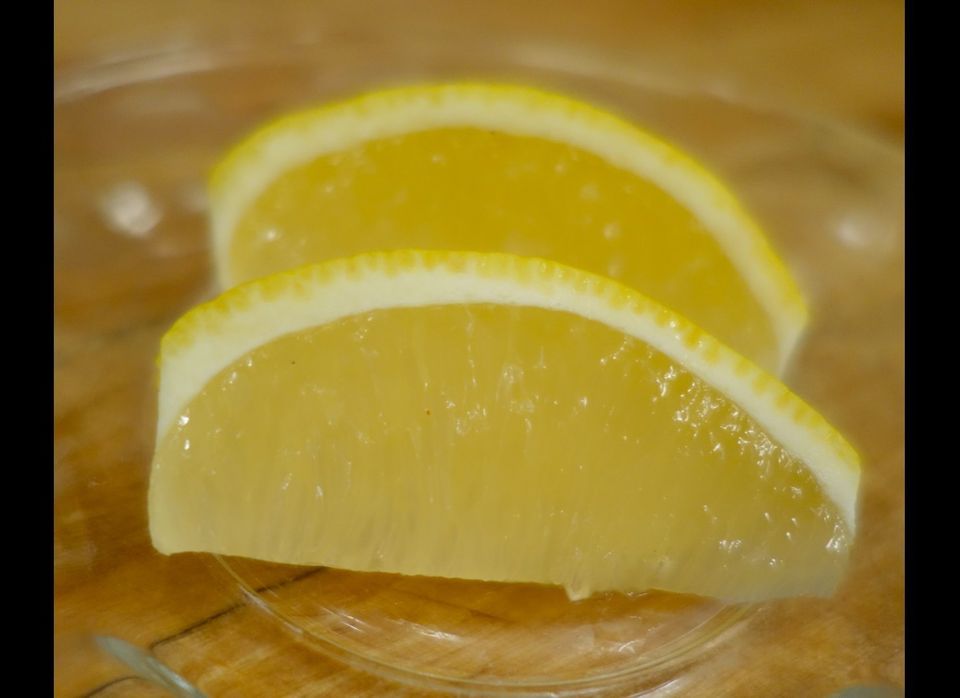