How many times have you experienced frustration about the issue of climate change, and felt powerless to effect tangible change?

According to a March 2016 study, Climate Change in the American Mind, 70 percent of Americans believe global warming is happening. (Tweet this) And they want to be proactive.

Now folks have a chance to make a difference.

In a decade where social good has teamed up with social media, a new digital platform, Cool Effect, has launched with a goal to connect individuals with carbon-reducing projects.

Richard and Dee Lawrence, along with daughter Skye, are at the helm. In the aftermath of the deadly 1998 Hurricane Mitch, which had a devastating impact on Central America, the family traveled to Honduras to be of help.

Although only 14-years-old, Skye picked up on the connection between poor ventilation inside homes and the high rates of respiratory illness. Traditional cooking methods were the cause. The family developed Project Mirador, a template for building clean cookstoves that would benefit the health and environment of those in rural Honduras.

From this experience, the Lawrences' saw how small actions could lead to large impacts. Cool Effect was developed to give the average person the opportunity to be an active part of a climate solution -- carbon emissions reductions.

Employing a website that is robust, visually engaging, and instructive, information is detailed enough to convey the essentials, while offering additional facts for those who want to get into the weeds.

Coollection is a "portfolio" concept, comprised of seven ventures vetted from over 10,000 projects around the globe. Donors can pick either a fixed dollar amount for a monthly gift, or give as a one-time contributor. The newest undertaking is in Malawi, where cookstoves use "75 percent less wood" than traditional cooking methods, protect the health of children, and diminish the rate of deforestation.

For those who want to support an undertaking that specifically resonates with them, they can give on a "tonne by tonne" basis. The structure of an ongoing payment or a one-off donation applies as well. A monthly subscription keys into a graphic that shows how many tonnes a year result from the contribution.

This Cool Effect tag line underscores a commitment to transparency on everything from the verification process to the fact that "90.13 percent of all financial support [goes] directly to projects." Their name was coined to reflect "the big impact a group of individuals can have by taking small actions to cool the Earth."

Projects, outlined in complete detail starting with a humorous animated video, have a seven-part breakdown defining:

I spoke with COO Marisa De Belloy, who walked me through the terminology of carbon emissions, metric tonnes, and carbon credits. The FAQs page digs into these topics.

De Belloy pointed to how the cookstove initiative in Uganda has a tremendous impact in a country where the effects of indoor pollution is the leading killer of children under five. Eliminating open-fire cooking also reduces, by half, the amount of charcoal and wood consumed.

Equally important to note is that cookstoves reduce the amount of time young girls and women need to spend foraging for wood. This activity can take six hours daily. During this time period, they are at risk of rape or attack.

Skye, a presenter at the Climate Conference in Paris, wrote me via e-mail:

"Cool Effect offers my generation the chance to act in the fight against climate change. We care about our planet and want to be a part of the solution. Supporting projects through the Cool Effect platform gives us a way to have a tangible impact and make our voices heard."

De Belloy, a mother of four, emphasized, "We have a chance to save the planet. Mothers are a force for the long-term view of protecting their kids." 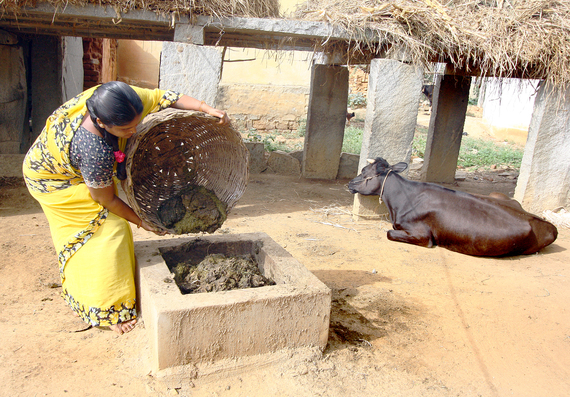