With the eyes of the world on Japan for this week's G7 meeting in Ise-Shima, the government will be hoping to show off the best of our country.

The town of Ise-Shima itself is home to the one of the most revered Shinto shrines in Japan and a proud part of our history. But the government is also about promoting the nation's cutting-edge art, technology and culture abroad.

At the heart of this is - Cool Japan - a PR campaign run by the Japanese Ministry of Economy, Trade and Industry.

But it seems like coal is the new cool, because it's a little known fact that unlike its G7 partners, Japan is in the process of building 49 new coal-fired power stations - whilst also being by far and away the largest financial backer of coal infrastructure in the region.

While the US, the UK, France and other countries have placed restrictions on their financing of coal projects abroad, and are actively shutting down existing plants, Japan remains the world's number one supporter of overseas coal.

That's why this week we're taking part in the launch of the brand-jamming Coal Japan, which aims to let the world know what's quietly going on in the land of the rising sun.

Because let's face it, there's not much cool about coal. 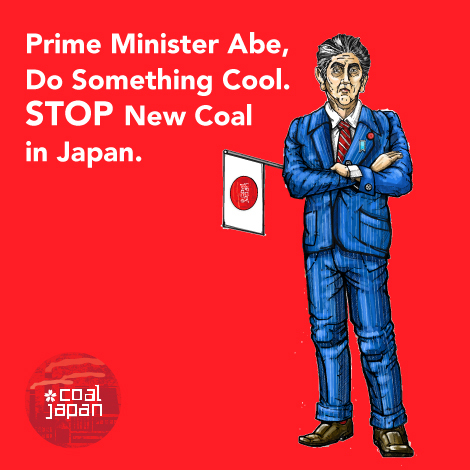 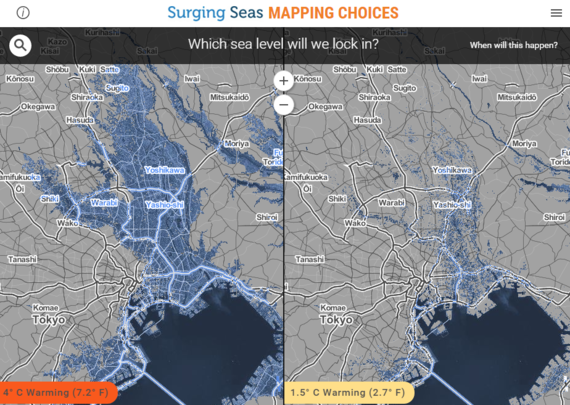 A Climate Central report shows that 7.5 million residents of Tokyo would be affected by sea level rise under a 4 degrees Celsius scenario

Which is why at the last G7 in 2015, members agreed that the decarbonisation of the global economy should be completed by the end of this century: requiring deep cuts in CO2 emissions and big changes in how we power our planet. In Paris, under the Paris Climate Agreement, this goal for decarbonisation was brought forward to zero emissions by 2050.

This means that G7 leaders, including Japan, agreed there is no future for coal in a world that is acting to avoid dangerous climate change.

And the G7 is moving away from coal. The UK has totally kicked the habit and the USA is rapidly retiring old coal plants, with over 200 shut in the last five years and more closing their doors every week.

Japan is the odd one out as only country in the G7 building new coal-fired power stations, despite promising the rest of the world to do the opposite.

And this is also despite having to import all its coal from abroad, mainly from Australia and Indonesia.

So what's with Coal Japan? 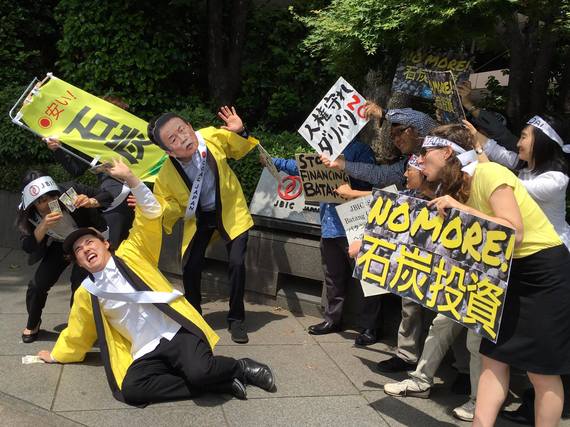 The answer lies in the flow of both public and private finance from Japan's banks and institutional investors to major power corporations such as TEPCO, whose interests are to restrict new renewable energy power generation that will disrupt their business model.

All the big names are there and they're not keen on renewable energy shaking the apple cart.

But the bright side is that Japan can be a renewable energy powerhouse by directing its financial and technological might towards clean energy. With almost US$20 billion invested annually in new solar developments that are bringing 8 gigawatts (GW) of solar-powered electricity online per year, Japan is one of the three largest solar installation markets globally.

So as the G7 comes around we're at a major cross-roads. Are we going to be seen by the world as Cool Japan, or Coal Japan?

Which is why we're asking individuals, Japan's banks, insurance companies, pension funds and all public organizations that they divest from corporations linked to fossil fuels and nuclear power, and transition these investments towards the development of renewable energy - through the #DivestJapan campaign.

It can be done. It must be done. And then we really would be Cool Japan.