Most of the time, subway riders are more concerned with getting to their destinations than in observing the station around them. But these 20 subway stations around the globe--from Chile to North Korea--are worth a second look for their public displays of art and architecture. Beyond their literal ability to transport, these stations take us to various times and places with their classical and modern architecture, and visually dynamic murals and paintings. We rounded up our favorite 20 subway stations for a new perspective on the underground commute. 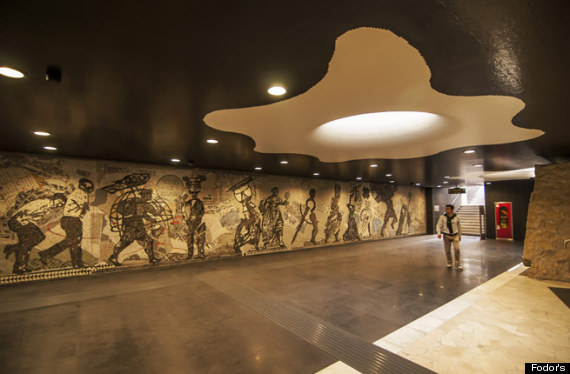 Italians will be quick to agree that Naples has the most beautiful metro stations in the country. Thanks to Metro Napoli's "Art Stations," visitors can gape at large-scale work by top designers and artists like Anish Kappor and Karim Rashid. The most famous station is Toledo Metro Station with its water- and light-themed art by Oscar Tusquet Blanca. 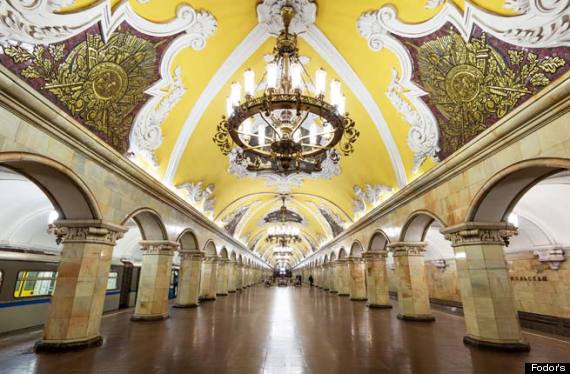 The subway stations in Moscow are some of the best places to explore traditional Russian art. Many stations impress visitors with arched columns and romantic murals and paintings. Check out the ornate, Neoclassical-inspired Komsomolskaya Station in the Krasnoselsky District, designed by Dmitry Chechulin. 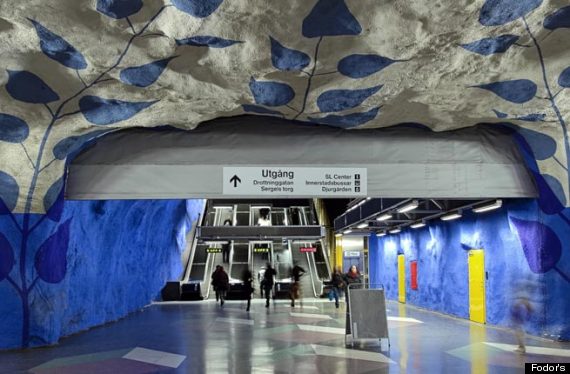 The Swedish famously have an eye on design, and the Swedish subway is effortlessly reflective of Sweden's progressive design aesthetics with modern sculptures, mosaics, and installations. In Stockholm, the "Tunnelbana" is often considered the longest art exhibition in the world. Check out Kungstradgarden Station, inspired by the Makalos Palace. 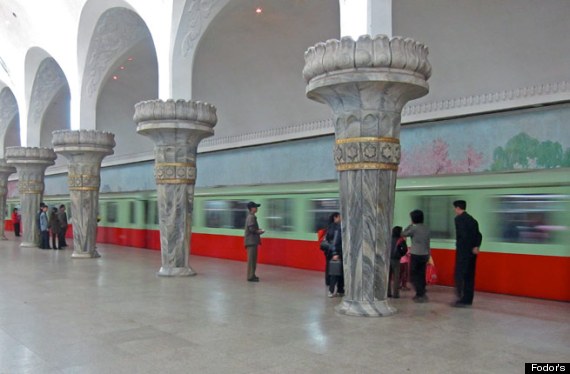 The Pyongyang Metro in North Korea is chock-full of history: it was built to link secret underground military facilities (rumors of government-only lines still exist). Now, it's an important part of the transportation infrastructure with gorgeous architecture, domed archways, and patriotic wall murals. 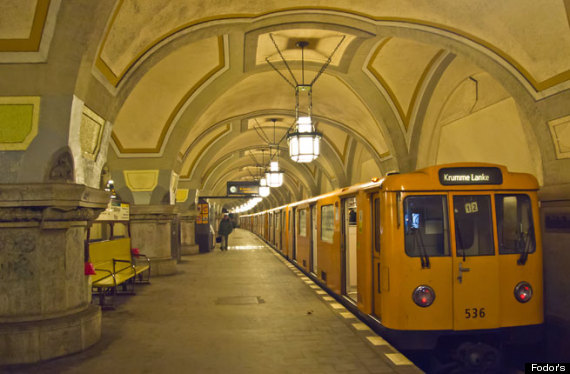 Berlin boasts a thriving art scene, and by going underground, visitors can get a unique experience outside the galleries. The Heidelberger Platz Station was designed by German architect Wilhelm Leitgebel and is one of the most brightly decorated stations in the metro network and features a high vaulted ceiling. 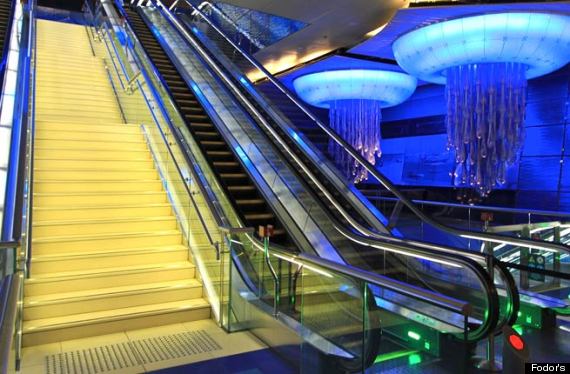 Dubai is an over-the-top destination, and it's no different in their Metro system. A combination of heritage and modern design, the Khalid Bin Al Waleed Station flaunts interiors depicting the four elements of nature (water, air, earth, fire) with oversized chandelier lamps in the shape of jellyfish. 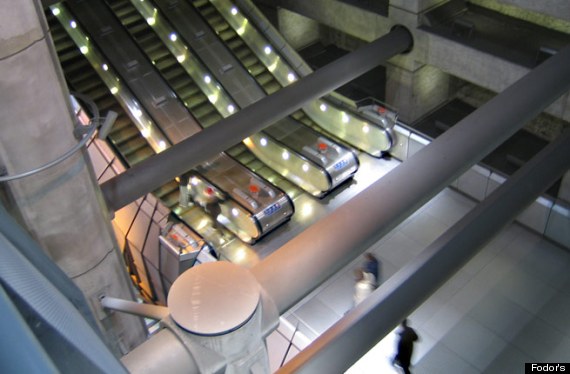 While you're in jolly old England, check out The Westminster Station in London's famous Tube metro system. Designed by Michael Hopkins, it's one of the most modern stations, taking "industrial" to a new level with sky-high ceilings, concrete beams, steel tubes, and stacked banks of escalators. 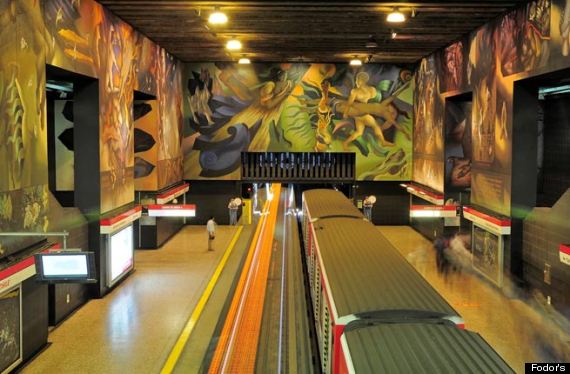 At the Universidad de Chile Metro Station in Santiago, the Mario Toral mural Memoria Visual de una Nacion is larger than life and nationally inspired. It chronicles the triumphs and tragedies of Chilean history, politics, and religion. 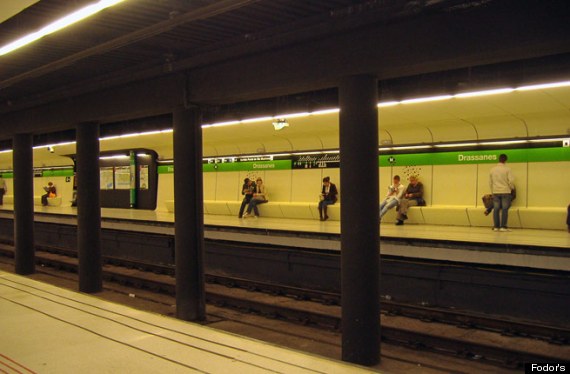 The Drassanes Station in Barcelona's Ciutat Vella district is an eyeful thanks to designers Eduardo Gutierrez Munne and Jordi Fernandez Rio. The station has white, glass-enforced concrete cover walls and vibration-proof white floors, giving modern structure to an old platform. 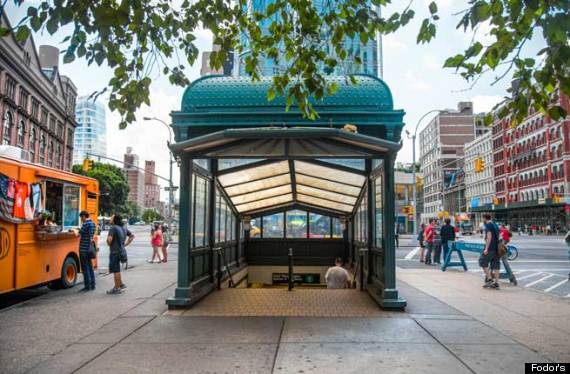 The Metro in NYC is a popular attraction in itself. Locals will argue which station is the most beautiful (whether it's City Hall or Grand Central Station). Astor Place 6 train station has wooed both locals and visitors alike for its aesthetically pleasing geometric porcelain wall panels, thanks to graphic artist Milton Glaser (who created the iconic "I Heart NY" logo). 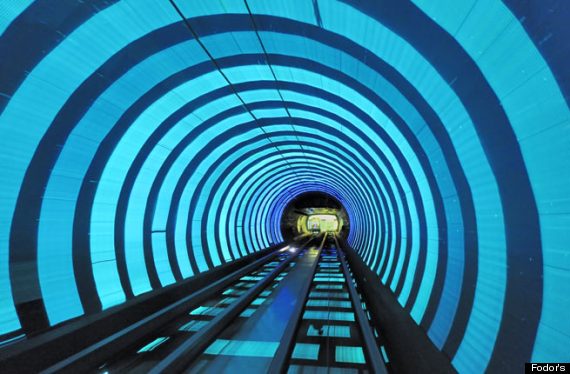 One of the top and perhaps craziest tourist attractions in Shanghai is the Shanghai Sightseeing Tunnel that runs under the Huangpu River. It was originally planned to be a moving walkway to shuttle visitors from the Bund to Pudong, but this concept proved to be much more thrilling with flashing colored lights and exciting surprises. 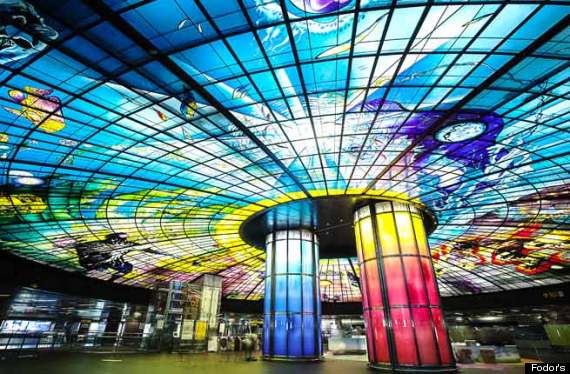 Created by renowned artist Narcissus Quagliata, the Dome of Light at Kaohsiung station in Taiwan is the world's largest public art installation made from individual pieces of colored glass. It's a terrific and colorful spectacle that keeps visitors enthralled. 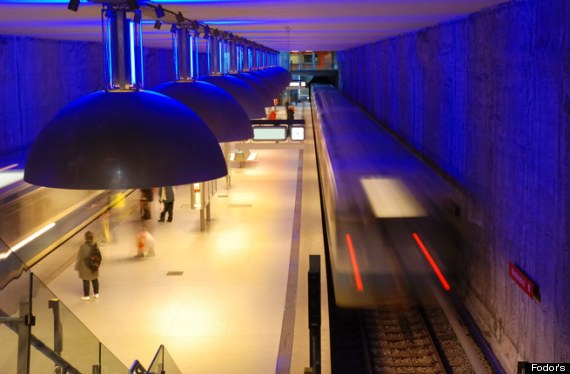 The thrilling city of Munich unveiled a stunning subway station at the turn of the century. Westfriedhof Station, thanks to designer Ingo Mauer, is cheerful with tons of yellow and blue light and 11 concave aluminum luminaires that give shape and depth. 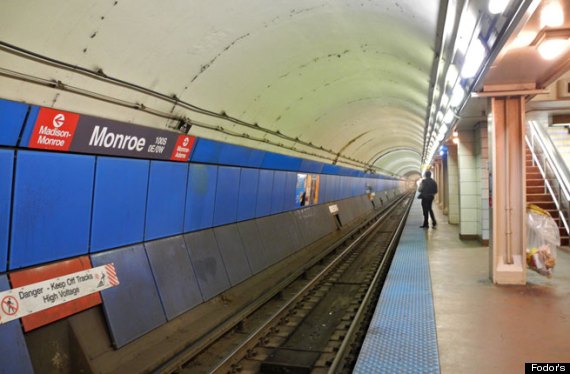 The Monroe/State Red Line station in Chicago's metro is like stepping back in time. It's a great example of the Art Moderne-style architecture from the early 1940s. The station still has the original ticket agent booth and some illuminated sign boxes, in addition to the original façade, display case, and doors of the now-closed Carson Pirie Scott department store. 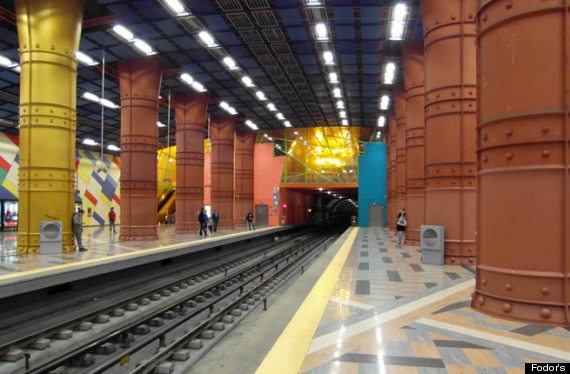 Colorful and quirky, the Olaias Metro Station in Lisbon is renowned in Europe as being one of the continent's best underground stations. Designed by architect Tomas Taveira, the station has a geometrically shaped roof, tiles in various colors, impressive columns, and intricate mosaics. 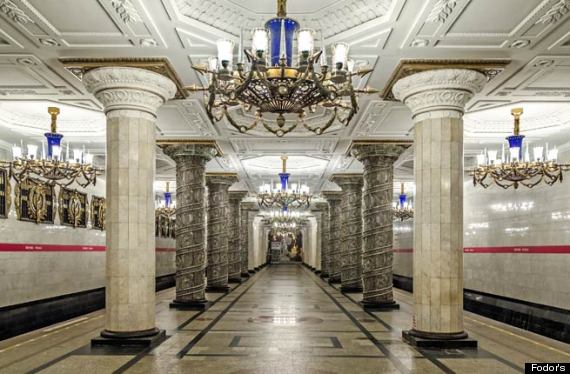 Lavish and opulent, the subway stations in St. Petersburg are one of the city's best highlights, thanks to elaborate design and impressive architecture. The Avtovo Station is gorgeous with elaborate columns, ceiling chandeliers, and Soviet-era art. 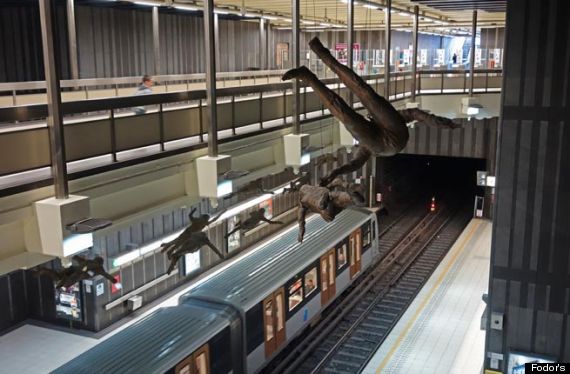 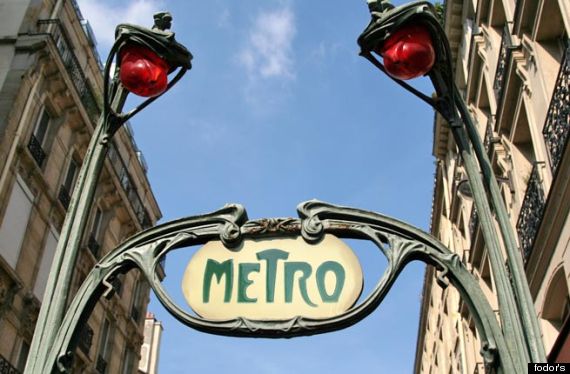 Subway stations in Paris can be as stunning as the city itself. Even the Metro entrances are distinctive featuring an ornate Art Nouveau design. A calming and colorful station is Auber, with stark red stairways and even some "green" in the center of the platform that makes this station like a wondrous underground park. 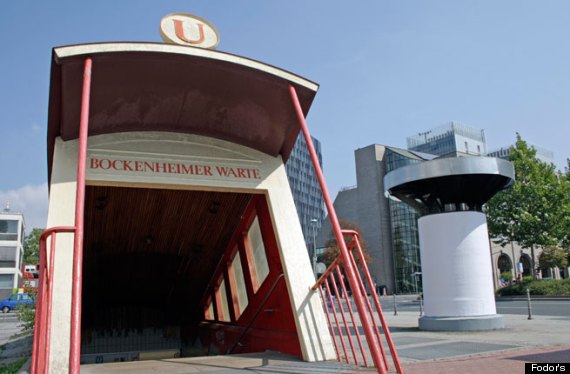 While the actual Bockenheimer Warte Station in Frankfurt isn't all that commanding, it's entrance is very impressive, featuring a train bursting through the sidewalk from below the surface. Architect Zbigniew Peter Pininski was inspired by surrealist artist Rene Magritte when creating the entrance. 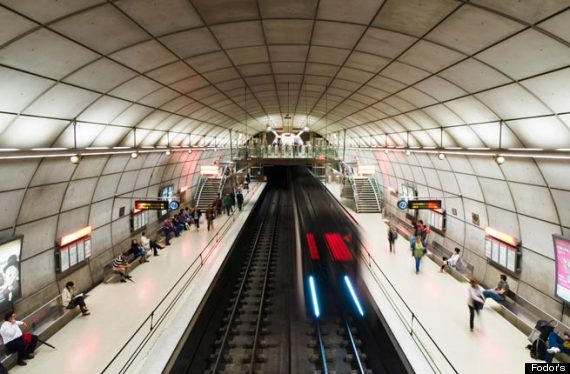 Home to Frank Gehry's Guggenheim Museum in Spain, Bilbao's local subway system art is the work of famous designer Norman Foster. The stations are spacious, simple and well-lit, but it's the "tunnel" through which the train passes that is aesthetically pleasing, as well as the glass-round tube entrances.

More from Fodors.com:
15 Best Ice Skating Rinks in the US
America's 20 Best Dessert Spots
10 Things to Do in Orlando Besides Theme Parks