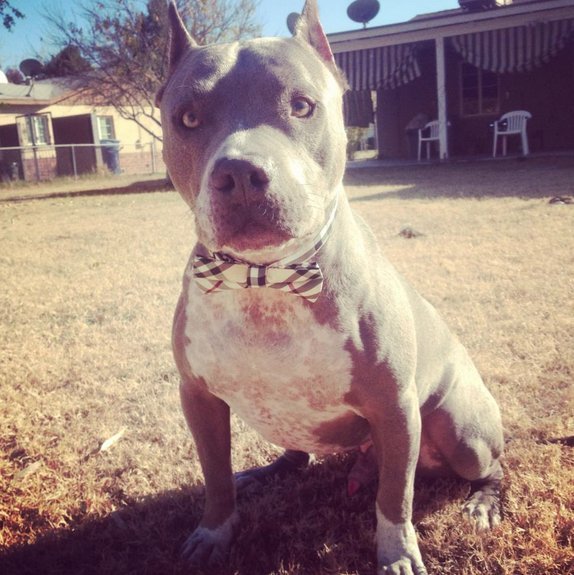 A California man is demanding police accountability after an officer fatally shot his service dog in the head.

Ian Anderson of San Diego told The Huffington Post he was sleeping in his home when officers pounded on his door at 5 a.m. Sunday over a domestic disturbance call. The 24-year-old man said police had the wrong house.

The knocking woke up Anderson and his 6-year-old pit bull, Burberry, who started barking until Anderson opened the door for the officers.

In a surveillance video obtained by HuffPost, one of the officers can be seen petting the dog. Burberry then runs over to the other officer, who backs away, drawing his weapon. Burberry keeps following the officer, and seconds later -- off-screen -- the cop fatally shoots Burberry in the head.

"The first cop reached down to pet the dog," Anderson said. "Then the other cop yelled at [Burberry] to get aside."

The dog trotted over to the second officer "just to say hello."

"Instead of greeting the dog like anyone else would have, he jumps back, then shoots him," Anderson said.

In a video taken by Anderson's friend moments after the shooting, a cop who identifies himself as "Officer Bennett" declines to answer why he shot the dog. The officer asks Anderson to wait for a lieutenant to arrive.

HuffPost asked the San Diego Police Department for help in identifying the officers in the video. They were not able to do so by this article's deadline.

"It was the most inhumane event I’ve ever been a part of," Anderson said. "As soon as he was shot, I jumped over to the dog and the officer grabbed and restrained me."

Anderson said he was equally shocked that the officer who killed his dog fired his weapon so close to his partner.

In a photo provided to HuffPost, Anderson can be seen lying with his dead dog in a pool of blood. Burberry appears to have been shot once in the head, just above his right eye. (Warning: graphic image below.)

For Anderson, Burberry wasn't just a pet. When Anderson was in high school, his father died, and it was Burberry who helped him heal, he said. Burberry was also a registered service dog: He helped Anderson with anxiety and depression, and even visited children diagnosed with Down syndrome and autism. 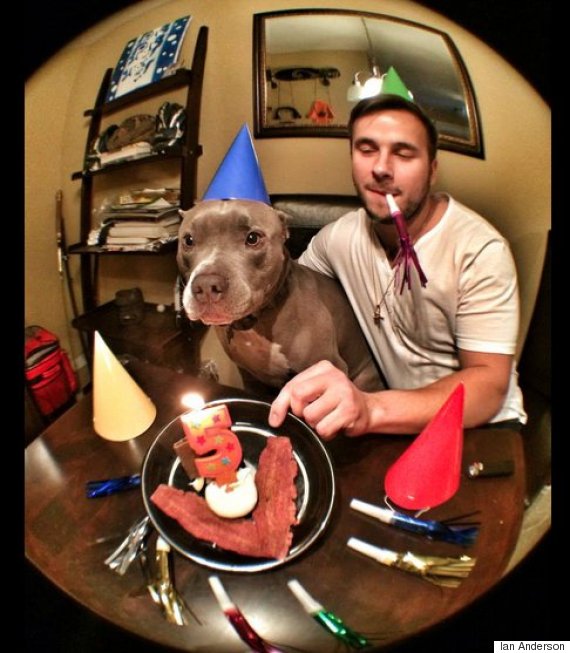 Multiple calls to the San Diego Police Department by HuffPost weren't returned, but in a statement given to NBC News, the department said it is investigating the incident.

"The preservation of life is our top priority and this includes the lives of animals," the statement says. "This incident is currently being investigated as any Officer Involved Shooting would be to assure proper procedures were followed. Any further comments prior to the completion of the investigation would simply be premature."

Anderson said he wants the officer who shot his dog to be held accountable. While the investigation continues, he is asking people to sign a petition to have SDPD officers take a mandatory training course in animal behavior, similar to Colorado's Dog Protection Act, which aims to educate police about when it's appropriate to use force on dogs. A support page for Burberry has also been set up on Facebook.

"He was absolutely the best thing to ever happen to me," Anderson said. "He impacted so many people and put smiles on so many people’s faces, it was insane."