Copenhagen wasn't even on our top 10-bucket list of places to visit, but our oversight quickly became apparent within a short time of touch down in traveler-friendly Kastrup Airport right outside the city. For years Copenhagen has ranked at the top of the heap in international surveys for its quality of life and yes we had heard that in 2013 the city had been voted #1 in an international "most-liveable city" contest but spending time there made us glad that we stepped outside our previous priorities and demonstrated just why Copenhagen does so well in these comparisons. Where else can one meet so many calm and pleasant people and, for that matter, good-looking as well?!

Where else can one explore the city and not have to drive or taxi or even take public transportation for that matter? We walked everywhere, but if walking isn't your thing, the Danish capital is also known as perhaps the most bicycle-friendly city in the world, yes, actually they have more bikes than people with some 36 percent of those who work or study, cycling to and from work and school regularly. We're talking seemingly everybody; the young of course, but commuters, pensioners, moms with kids as well. Bicycles riders everywhere; bikes first, cars second, got to love it!

Copenhagen is replete with historic and interesting sites. We visited a bunch of them: the beautiful Nyhavn waterfront area, that cute Little Mermaid girl from the Hans Christian Anderson story out in the harbor, the University of Copenhagen, founded in 1479, and ranked as one of the best universities in Europe and of course Tivoli Gardens, the grand Amusement Park from 1843 in town center. Denmark is a land of tolerance and we visited a testament to it, the Danish Jewish Museum which commemorates Danish heroism in organizing the escape of virtually all Denmark's 13,000 strong Jewish population to neighboring Sweden during the darkest days of World War 2.

The Museum is housed inside the 17th century Danish Royal Boathouse as redesigned by Daniel Libeskind, surprisingly, a Polish American, from New York City, who also has designed museums around the world as well as participating in the redesign of the World Trade Center site. Another interesting stop is the Amalienborg Castle, which was first constructed in the 1670s and houses royal and state apartments. Consisting of four separate buildings, Amalienborg is the current home of Denmark's Queen Margrethe and Crown Prince Frederik and family.

If history isn't your thing, and you tend toward wanting "hip" experiences, Copenhagen also provides! Copenhagen has its own "Meatpacking District"- Vesterbro. Just in the last decade it has gone from gritty to cutting-edge, not dissimilar to the one in Manhattan, but unlike its counterpart in New York, much of the area still retains its rough, craggy charm. Vesterbro originally was an area of prostitution, transience and grit, but now embraces the newest restaurants, ad agencies, bars, and nightclubs, providing a myriad of experiences. Did we expect to encounter a restaurant in Copenhagen that served Naples style pizza, thin and crispy, cooked to perfection in wood burning stone ovens, owned by an Italian and a Brit, called "Mother," that is overbooked every night, don't think so?

This whole area is so accessible. We arrived in Kastrup from New York, took a quick commuter train to Copenhagen Central Station, 200 meters later, we were at our lovely hotel, the Andersen Boutique Hotel, at 12 Helgolandsgade Street, at the edge of Vesterbro. The hotel managed to combine colorful and trend décor with warm and welcoming service. On each stair landing there were huge containers of cookies, fruit and water, all for the taking. The late afternoon wine sips and the delicious morning breakfasts and coffee were our favorites. We have to say, the Danes serve very good coffee, personal priorities. We didn't know that good "Danish pastries" originated in Denmark, honestly never understood the association, it's almost an art form here.
Copenhagen, should be put on your list as a must visit, a place filled with lovely, friendly and engaging people; great food and an accessible place of interesting sites and unexpected delight. 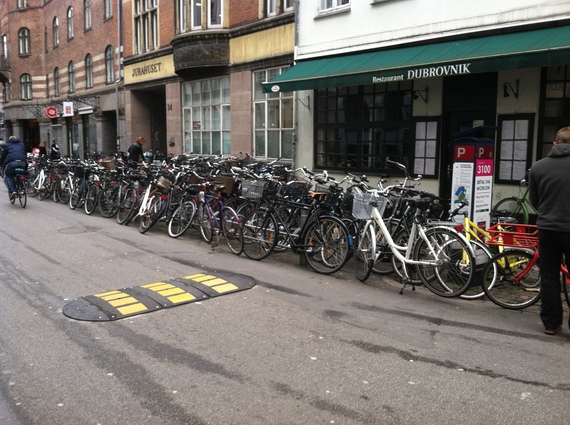 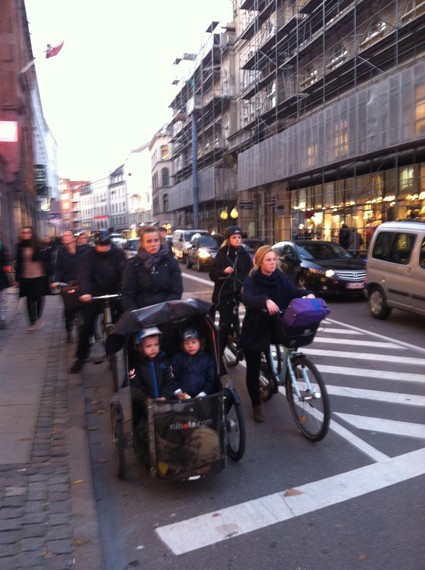 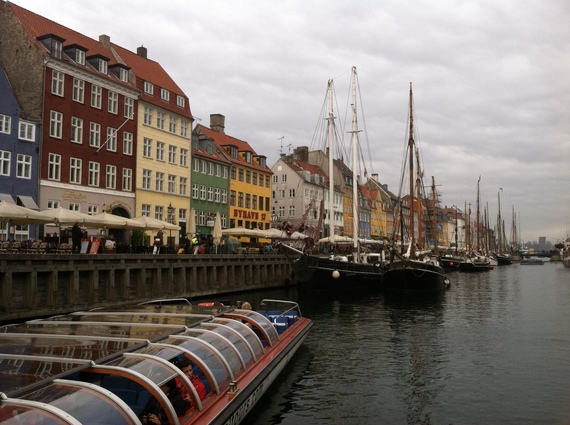 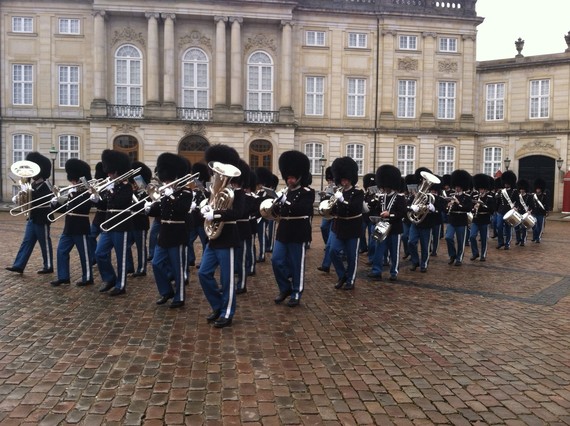