Twelve years have passed since the Kyoto Protocols were signed and agreed upon by 187 countries, except of course the US. In the intervening years there have been countless summits, meetings, discussions, and peer-reviewed scientific reports leading up to the next global climate agreements scheduled to be concluded at COP15 in Copenhagen this December. As the scientific research indicates that critical climate tipping points are being reached, the Obama administration has for some time been releasing statements to lower expectations for consensus agreement in Copenhagen and now has proposed the world wait until next year for international action to address climate change.

President Obama has proposed in 2010, if the US Senate can agree on a bill that will appease the powerful carbon industries and their K street lobbies in Washington (who have increased spending to thwart climate legislation by over three-hundred percent this year), to perhaps then negotiate and sign a global climate agreement. Legislation in the US Senate, considered critical to Obama's ability to commit to a climate treaty, has been effectively shelved until 2010. Clearly pleased with the delay, Senator James Inhofe (R-OK) declared the stalled legislation a Republican victory this week proudly announcing, "We won, you lost -- get a life!" to Senator Barbara Boxer. Inhofe and his allies were justifiably boasting their continued success in preserving a business-as-usual model and preventing the transition to a sustainable clean energy economy. The machinations of "skeptic" Senators led by Inhofe must not be allowed to determine the fate of international climate agreements.

To further delay coordinated international action is clearly unacceptable given the science and strategic interests of the US nor will it fulfill Obama's campaign pledge to "restore science to its proper place" and ensure that the global temperature rise due to anthropogenic climate change is held at 2 degrees which may be impossible in any event. Recent studies are leading to a greater sense of urgency in addressing carbon emissions and increasing pressure on world leaders to act now in Copenhagen. A new report by The British Antarctic Survey determined that in the past when levels of carbon dioxide reached high levels Antarctic temperatures rose rapidly to 6 degrees above previous levels. Were this to happen again this century as is now likely, a sea level rise of six meters can be expected. Some of the world's largest cities will be threatened including New York, London, Shanghai, Miami, and of course New Orleans. These findings support the United Nations Climate Change Science Compendium Report issued in September which found a global temperature rise of 6.3C probable by 2100 if present trends continue unabated. 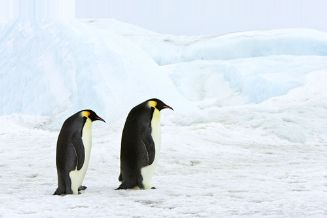 The United States is responsible for the vast majority of GHG emissions already in the atmosphere and continues to be the world's highest per capita emitter. President Obama must do more than merely acknowledge the science; he and his administration must ensure that a legally binding international agreement to reduce carbon emissions is reached in Copenhagen. The failure to do so could result in incalculable negative costs in terms of human suffering, loss of biological diversity, and adverse economic impacts.

These are matters of scientific fact agreed upon by the vast majority of the world's foremost scientists and supported by observations around the globe. To further delay a legally binding international agreement to reduce GHG emissions is likely to set the Fourth Horsemen free, or at the very least saddle him up. This is no longer an issue that can be passed on to future generations; 85% of the world's population now living will be forced to deal with the consequences of a warming planet. COP15 may represent the last best chance for action to make a global commitment while the window is still open to ensure the worst case scenarios of climate change are averted.

Inhofe has announced he will be in Copenhagen to make sure a climate treaty is not forthcoming; President Obama will attend COP15 early in the session on December 9th. According to Danish officials sixty-five world leaders have confirmed they will attend COP15.
﻿