The holidays can come loaded with affect for those who've had someone close to them die. More upsetting can be a recent loss, one which occurred around the holidays, or the first anniversary with a glaring non-attendance.

To begin with, it's glaringly obvious that their space at the table is vacated, a recipe is lost, or traditions have changed. The goal is for the void to become a less painful footnote to your history over time. However many years pass, though, people are not replaceable, and the empty space can be tangible.

Seemingly innocent comments such as "She's in a better place now," or "I know how you feel," can be counter-productive. Whatever the circumstances were, the company of someone once cherished is still desired. If there were conflicted emotions and fragmented relationships in life, the holidays can be further complicated by death.

Consider options to reduce or eliminate stressful shopping outings or have someone else host instead of entertaining. Set good limits by practicing saying no to whatever is unhelpful or uncomfortable. Keep true-blue support systems close.

The deceased can be a beloved presence in their absence in your heart and memories. It's okay to mention and acknowledge vulnerability around not having them physically present. A donation can be provided to honor their life, or plant a tree or small garden in their name, or volunteer at their favorite charity.

Putting together and going through a memory box with cards and pictures commemorates the departed and keeps them ever-present. Lisa will wear the Icelandic booties her late mother-in-law knit to keep her close. Tara is wearing her grandmother's gloves this winter.

To illustrate the ideas we've been talking about, let's turn to film, television, and books with topics of grief and loss at their core.

Debra Winger plays a young dying mother and Shirley MacLaine, her mother. This gut-wrenching and heart-warming movie portrays a free-falling fractured family crumble. They ultimately rise above old hurts and wounds by pulling together for each other, and the children left behind.

A stoic Sally Fields plays a mother grieving the death of her adult daughter, played by Julia Roberts. Being rescued from grief means to work through pain rather than suppressing it by shutting down or going numb. Fields' character finally allows herself, through the scaffolding of her friendships, to feel every crazy-making emotion that grief can bring as a way to heal.

Simba, a lion cub voiced by Jonathan Taylor Thomas, experiences the death of his father. Instead of facing his father's death, he runs away as if it were a geographical problem. Maturing into adolescence, he realizes the importance of facing his pain, to move forward and recreate normalcy.

George Clooney is a grieving husband, father and go-to patriarch who navigates choppy emotional waters to hold his nuclear and extended family unit together. A remarkable depiction of the variable emotions during grieving, it's a skillful representation of how families mourn and support one another collectively.

Initially, the show does a nice job exhibiting individual self-expression along with groups suffering loss together and shoring up one another. Jane Lynch's character slips by suggesting the best tribute would be to not make "a self-serving spectacle of our own sadness."

Unfortunately orders like this can cause grieving individuals to believe their sadness is wrong. To pretend that everything is okay, or to suppress feelings and "move on" prematurely, isn't realistic or recommended. When appropriate grieving is short-circuited the risk increases that what manifests later on is worse -- angry outbursts, often with depressive features, such as panic attacks, and/or physical symptoms such as pain that can't be explained by other medical reasons.

In conclusion, managing the finality of death is a personal journey. Surrendering to the process to make meaning of the experience is not a cookie-cutter affair. One size does not fit all.

Author Joan Didion writes about this territory in two fine memoirs: the first, The Year of Magical Thinking (2005), about her husband's passing and Blue Nights (2011), her daughter's. She spoke eloquently with interviewer Michael Silverblatt about these twin occurrences, which struck Didion in less than two years' time.

The same month Didion turned 69, her only child, an adult daughter, was in a coma, and her husband of 40 years, writer, John Gregory Dunne (whom she collaborated with at times) died of a sudden heart attack at their dinner table. Her daughter died two years later, while Didion was on a book tour about surviving Dunne's death. Didion described her grief as coming in "waves," meaningless -- a sense of incomprehension or incoherence -- took over, and how hard healing can come.

"I beg you, to have patience with everything unresolved in your heart and to try to love the questions themselves as if they were locked rooms or books written in a very foreign language. Don't search for the answers, which could not be given to you now, because you would not be able to live them. And the point is to live everything. Live the questions now. Perhaps then, someday far in the future, you will gradually, without even noticing it, live your way into the answer."

The Lion King Entertainment As Therapy Joan Didion Television The Descendants
This Blogger's Books and Other Items from... 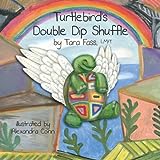