Two new colorful species of lizards have been discovered in the Peruvian rain forest, in a little-explored section of the Andes Mountains in the northeast of the country.

Both species of lizards sport colorful splotches of green and brown that allow them to blend into the mountain rain forests they call home.

The lizards were found in Cordillera Azul National Park, the third-largest park in the country. One of the species, Enyalioides azulae, is named for the reserve, according to the study detailing the findings, which was published recently in the journal ZooKeys.

The second species is found in the same river valley and is named after the man who helped fund the survey, Sheikh Mohamed bin Zayed Al Nahyan, the Crown Prince of Abu Dhabi and deputy supreme commander of the United Arab Emirates military. Al Nahyan created the Mohamed bin Zayed Species Conservation Fund to preserve various species around the world, according to a release from the journal's publisher. 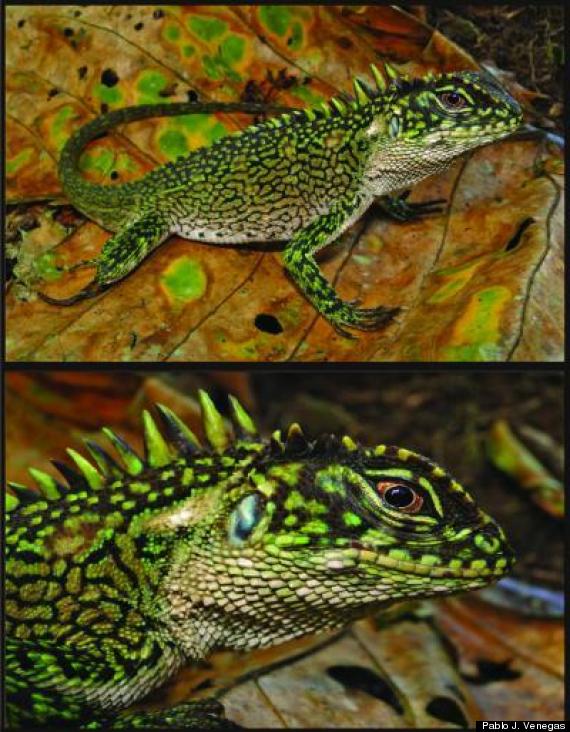 Both species are a type of woodlizard, a group of lizards that was thought to contain only a handful of species. Since 2008, however, three new species have been found in the group, in addition to the two newest finds, suggesting "that more species might be awaiting discovery in other unexplored areas close to the Andes," the authors wrote in the study.

"Thanks to these discoveries, Peru becomes the country holding the greatest diversity of woodlizards," said study author and Peruvian researcher Pablo Venegas, in the release. "Cordillera Azul National Park is a genuine treasure for Peru and it must be treated as a precious future source of biodiversity exploration and preservation."

Animal Photos Of The Year 2012