How I Gained It: For many years I was involved in a lot of unhealthy relationships that were causing me to make poor life choices -- especially when it came to food! One poor decision led to many more poor decisions and before I knew it, six years had gone by and I was now a pack-a-day smoker, morbidly obese and completely miserable.

Breaking Point: When the woman I was with for over six years left me for another man on Valentine's Day of 2009, I was devastated. Not only because she left but because I was now faced with having to deal with the person I had become. When I was wrapped up in my relationship (however bad it was) it was fairly easy to neglect my health and my body. As the years rolled by it was almost like I couldn't even tell if I was getting fatter because my former partner never had the heart to tell me the truth. Once she left that was all over and I finally decided enough was enough.

How I Lost It:Since my ex had taken the car, I was sort of forced to start riding my bike the five miles to work every day. After three months, I was already down to about 280 pounds. After that I was so excited that I searched for other ways I could incorporate more activity into my day. It was then that I found a job doing manual labor outdoors, eight hours, five days per week. The only "problem" (I looked at it like a fun opportunity) was that I needed to find a way to get to my new boss's house every morning by 8 a.m. His house was about 15 miles away. I got up early every morning and rode my bike the 15 miles there, worked hard for 8 hours and then rode the 15 miles back -- five days a week for an entire summer.

By the end of that summer I was down to about 250 pounds and since that was only a summer job I soon found work at a "nearby" factory. Since the winters are pretty harsh here in Michigan I knew that I couldn't ride my bike and safely get to work on time every day. That's when I picked up running. It wasn't long before I was running the five miles to and from work every day in the winter and absolutely loving every minute of it! When springtime of 2010 rolled around I was hooked on running and decided to sign up for my first 25K race. After successfully finishing that in about 2.5 hours, running went from being a means of transportation to an obsession. Now I've completed more than five full marathons and have run every single day of my life since.

All that exercise stuff aside, I believe that the most important thing I did to lose weight was slowly and positively changing my diet. Initially I began by completely phasing out soda. Then all the sugary snacks and fast food went. Years later, as I learned more and more about which foods were truly healthy and which foods were incredibly unhealthy for me, I just decided that my body is a precious temple and that I am only going to allow the very best fuel to come into it for as long as I live.

Today I am a vegetarian/vegan and I cannot even imagine going back to my old ways. Eating healthy, organic foods mixed with daily exercise truly changed (and saved) my life.

Now, I am much happier and a lot more confident in my body and in who I am as a person. I also feel much more calm, relaxed and clear-headed now than I ever was back then. It is hard to explain, but there is something about being overweight that kind of clouds up your mind and makes your reality seem fuzzy. But the moment I changed my eating habits and started exercising regularly that fog started to lift and now my life is much more vibrant and crisp. 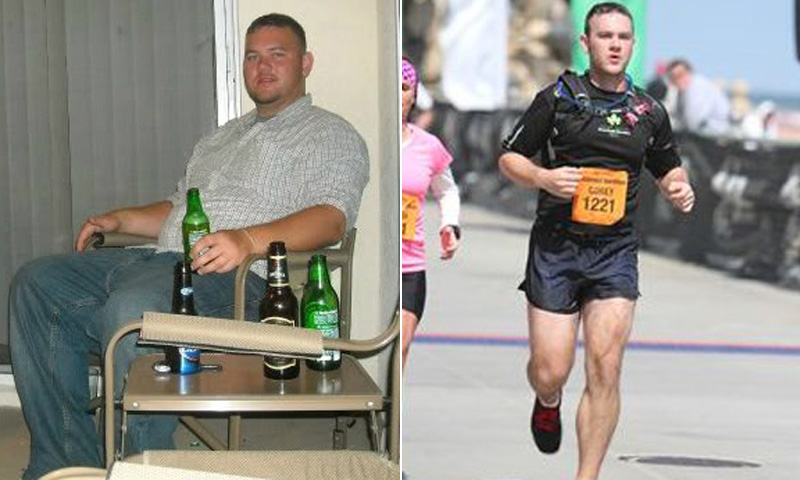