Hundreds of corgis packed a San Francisco beach on Saturday in celebration of the semiannual Corgi Con -- and we couldn't be more thrilled.

The stumpy pooches were seen donning their fanciest attire -- from hotdog suits to pirate hats -- while splashing along Ocean Beach's shore and participating in the beloved event's costume contest and corgi race.

Joining them were their two-legged chaperones who traveled from near and far to attend the day's tail-wagging festivities.

“We had people fly in from Hawaii, so this is truly a thing,” Cynthia Lee, the event's founder, told CBS San Francisco.

The corgi gathering started as a small event of just a few dozen owners in 2013 before expanding into the "corgimonium" it is today, Lee said.

Last October they saw 650 corgis. This past weekend as many as 792 corgis are said to have attended, according to the event's website.

As far as top dogs go, the first-place winner of their costume contest went to a corgi who went as "Shedpool," which was a play on the Marvel antihero "Deadpool" and corgis' affinity to shed. Second place went to "corgi loaf" -- a corgi that dressed up like a loaf of bread -- and third place to an adorable corgi that came dressed like a carrot. The race's winner was Mickey who won for the fourth time.

Mickey's owner later shared an Instagram shot of him basking in his big win. "The key to success: just love somebody," its caption read.

And I did it again! 4-time champion! Thank you to @theliltruck for my prize! And also all the aunties and uncles who worked so hard for this event! The key to success: just love somebody 😉 #norcalcorgicon2016 #norcalcorgicon #champion #4times #healthydiet #justlovesomebody #runner #usainbolt #happydog #summerbeachday #roadtorio #corgicon

Like previous years, proceeds from the event will be donated to two nonprofit rescue organizations, Lee told The Huffington Post.

This year they chose California rescue group, Queen's Best Stumpy Dog Rescue and Corgi Aid, which provides financial assistance to corgis and corgi mixes around the world. The next Corgi Con event is scheduled for October.

For those who were unable to attend, check out some of the missed smiles and tongue wagging below:

THIS CORGI GIVES ME LIFE 😍😭 pic.twitter.com/vhiEWDkN3g

So many corgis but is this also a hotdog convention? #corgicon pic.twitter.com/DzlqLsvqVo

This is not a corgi, it's a hotdog. #corgicon pic.twitter.com/xrrxBOXgM0

i flew to san francisco just to photograph #corgicon and i have no regrets about it. #corg… https://t.co/Wpi9EEcj1b pic.twitter.com/pFJjnsICCU

Corgi Con Is Heaven On Earth, And These Adorable Photos Prove It
Corgi Cuties 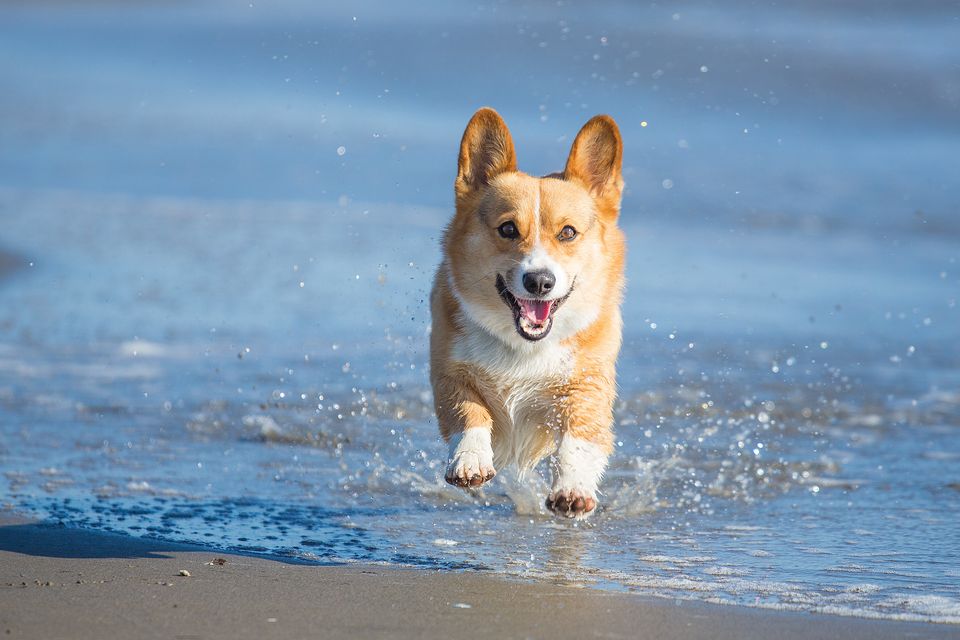