American artist Corita Kent -- a celebrated designer, teacher, activist and feminist -- wore many hats. She also occasionally wore a habit. That's because the contemporary art heroine, born in Iowa and brought to fame in Los Angeles and Boston, was also known as Sister Mary Corita Kent. She was a nun.

Kent's images were wildly popular in the 1960s and '70s. The graphic designs, neon green and pink and red and yellow, quickly became symbols for social movements across the country. She'd cast famous quotes and bible verses in loud lettering that ran backwards, forwards and upside down. Floating shapes and disruptive stripes would weave in and out of the posters, peeking out from behind activist-friendly cries like Philip Roth's, "Life is a complicated business fraught with mystery and some sunshine," and Albert Camus', "Should like to be able to love my country and love justice." 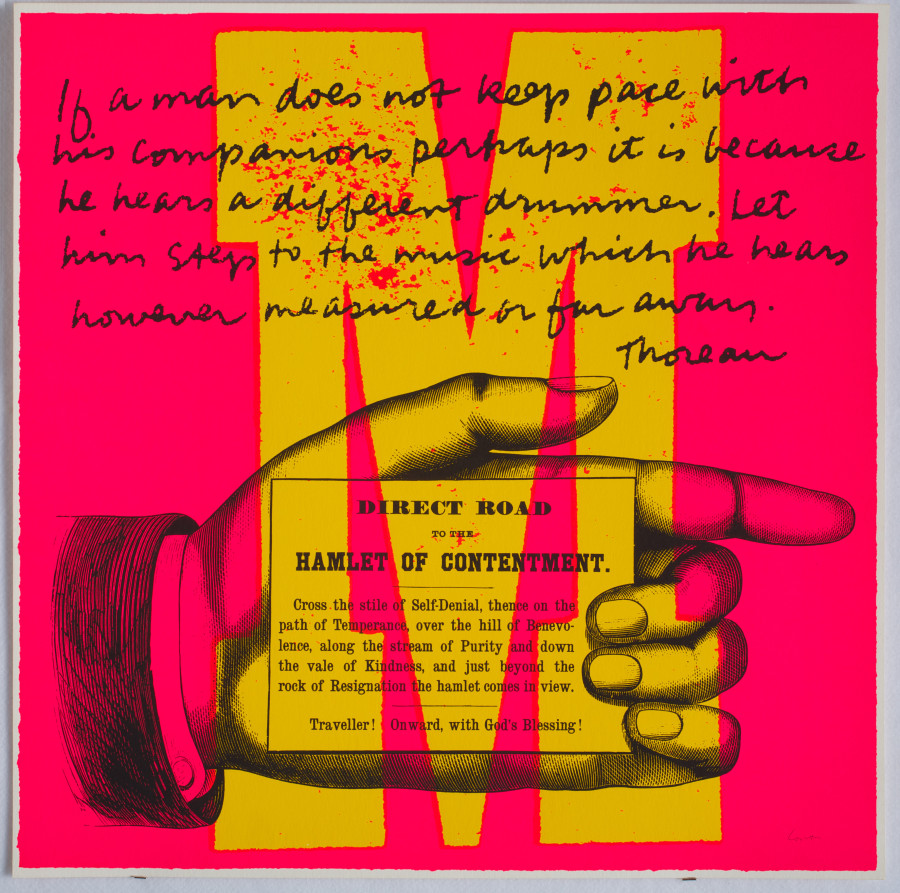 Kent was born in Fort Dodge, Iowa, but grew up in Hollywood, joining L.A.'s Sisters of the Immaculate Heart as a young woman. Her posters gained attention when she began teaching art at the Immaculate Heart College. In 1952, her print "The Lord is With Thee" earned first prize in a printmaking competition at the Los Angeles County Museum, and later at the California State Fair. By 1964, she was the chair of the art department at Immaculate Heart, making friends with Buckminster Fuller, Charles Eames and Harvey Cox.

She went on to leave the sisterhood, move to Boston, and win the hearts of critics as a professional, established artist, continuing to blend street art motifs with Warholian nods to consumer culture. "She let graffiti wander around her serigraphs like toy cars wound up and released on the kitchen floor," The New York Times published in the 1980s. 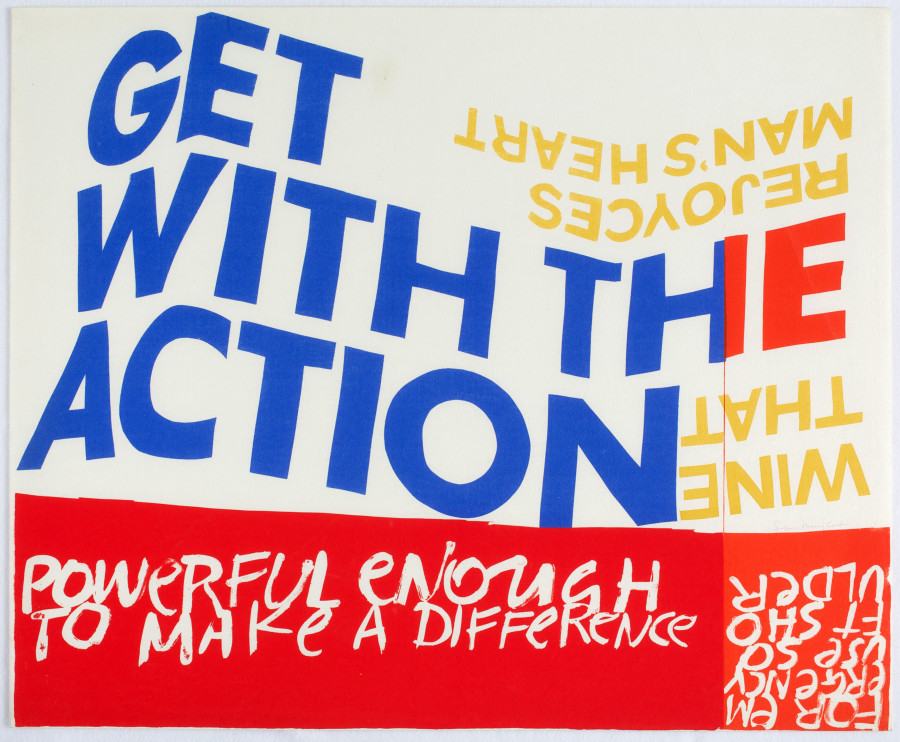 Many have likened her designs, which also appeared on products like book sleeves and greeting cards, to grocery store signage and magazine advertisements -- only instead of circular promotions or perfume samples, her art oozed theology, philosophy and popular song lyrics. She'd invoke everyone from God to Gertrude Stein in her efforts to protest the Vietnam war, advocate for civil rights and generally demonstrate the power of art to reach masses. She worked with everyone from Amnesty International to Physicians for Social Responsibility, even designing a "LOVE" stamp for the U.S. Postal System.

"As a teacher, Corita inspired her students to discover new ways of experiencing the world by seeking out revelation in everyday events," the Pasadena Museum of California Art writes. “I am not brave enough to not pay my income tax and risk going to jail," Kent famously declared. "But I can say rather freely what I want to say with my art.”

Kent died nearly three decades ago, after a battle with cancer. But her words and work certainly live on. Those in Boston know it better than most, especially the Interstate 93 commuters who often pass the massive gas tank in Dorchester, covered in her simple "Rainbow Swash." Now, residents of Pittsburgh can prepare for their own taste of Kent. The Andy Warhol Museum is staging "Someday is Now: The Art of Corita Kent," which opens to the public on January 31, 2015. If you can't make the drive to Pennsylvania, we have a preview below. Let us know your thoughts in the comments.

All images courtesy of the Andy Warhol Museum

Meet Corita Kent, The Nun From Iowa Who Brought Faith To Contemporary Art
12 Illustrators You Should Know Right Now