WASHINGTON -- The fragile but growing congressional effort to bring oversight to ongoing nuclear negotiations with Iran is at risk of unravelling, as lawmakers from both sides push for controversial additions to the bill.

On Tuesday, Senate Foreign Relations Committee Chairman Bob Corker (R-Tenn.) will formally introduce legislation for markup that would grant Congress the final vote on any nuclear deal and prohibit the president from waiving economic sanctions against Iran for two months while lawmakers review the terms of the agreement.

In the days preceding the markup, senators from both parties have introduced a slew of amendments, with several Democrats seeking to strike the more contentious clauses and Republicans vying to add even more restrictive language. The addition of any one of these could convince some of the more reluctant co-sponsors to abandon ship -- giving President Barack Obama the margin he needs to ensure that his veto is not overridden.

At face value, the Corker bill is uncontroversial -- it asserts that Congress should have an oversight role in the ongoing nuclear negotiations between Iran, the U.S. and its five negotiating partners.

But Obama has lobbied hard against the legislation, claiming it would scuttle ongoing efforts by negotiators to craft a deal that ensures Iran’s nuclear program is restricted to peaceful purposes. Corker has forged ahead nonetheless, cobbling together a coalition of Senate Republicans and more hawkish-minded Democrats.

The tentative whip count hovers in the mid-60s, and Corker and his allies have suggested they are just one or two members shy of the 67 needed to override a veto. But the situation is remarkably fluid, following the announcement of a framework for an Iranian nuclear deal and a heavy lobbying campaign to sell it by the Obama administration. If certain language is added during Tuesday's markup, it could give Democrats the cover they need to back away.

Sen. Jeanne Shaheen (D-N.H.), an undecided member of the foreign relations committee, is the latest Democrat to file amendments that hack away at the provisions in the Corker bill that are the least palatable to the White House. One of her amendments would allow the president to temporarily suspend sanctions on Iran during the two-month review period, if it's in response to proportionate measures taken by Iran to downsize its nuclear program.

Her second amendment streamlines reporting requirements on Iranian compliance with its nuclear obligations and nixes the clause that the White House must certify to Congress that Iran is not engaging in support for terrorist activity.

These suggested tweaks are similar to efforts by Sens. Chris Coons (D-Del.) and Chris Murphy (D-Conn.), also members of the foreign relations committee who have yet to voice which way they will vote.

It is Corker, ultimately, who decides which amendments to take up for a committee vote. On Tuesday, he will balance his desire to preserve as much of his original text as possible with the recognition that he'll need to compromise to get enough Democratic support to override a veto.

But while he must try to recruit a few more members to circumvent the president, Corker also has to mind his own party. And much to his dismay, Republican senators in the foreign relations committee may be making the decision easier for Democrats looking for an out.

Sen. Marco Rubio (R-Fla.) wants to pass an amendment that would make Iran’s recognition of Israel a precondition to the implementation of a nuclear deal. This echoes Israeli Prime Minister Benjamin Netanyahu’s recent demand that an “unambiguous Iranian recognition of Israel’s right to exist” be included in the text of the final agreement.

The passage of Rubio’s amendment would almost certainly peel away Democratic votes. The Obama administration has repeatedly told lawmakers that its ongoing negotiations with the Iranians are strictly limited to nuclear matters.

“This sets up a scenario where Republican senators have to decide between killing a bill or publicly rejecting one of Netanyahu’s expressed requirements for a deal with Iran,” noted Dylan Williams, the vice president of government affairs at J Street, a pro-Israel group. “I can’t imagine why the Republicans would put themselves in that position, but that’s what they’ve chosen to do.”

A separate amendment drafted by Sen. Ron Johnson (R-Wis.) would subject the Iran deal to similar congressional oversight as a treaty by prohibiting implementation of the agreement until two-thirds of both chambers in Congress vote to approve it.

According to the Obama administration, the nuclear deal with Iran is not a treaty, but an executive agreement, similar to the arrangement that facilitated the wind-down of U.S. troops in Afghanistan. Executive agreements are deliberated between heads of state and are not subject to congressional approval.

“I think what’s really clear is that Republicans have to decide whether they’re going to stick to their guns and insist on provisions that are already in there, or go forward with Democratic support,” said Williams. “Because they can’t have it both ways.”

The White House is not treating the markup as some far-off matter, either. Obama, with the help of several top State Department officials, has personally reached out to lawmakers from both parties, reminding them that passage of the Corker bill could collapse negotiations.

On Thursday, Secretary of State John Kerry and Undersecretary of State for Political Affairs Wendy Sherman briefed incoming Senate Minority Leader Chuck Schumer (D-N.Y.) on the progress of the talks with Iran. Kerry, along with Secretary of Energy Ernest Moniz, offered a classified briefing to all members of the House on Monday evening.

Entreaties from the White House to oppose the Corker bill have left most Democrats torn on how to vote. “Most Democrats want some form of congressional oversight, but they recognize that the Corker bill, as written, provides too many opportunities to kill the deal,” said Williams.

CORRECTION: A previous version of this story stated that the amendment drafted by Sen. Ron Johnson would subject the Iran deal to the same congressional oversight as a treaty. The conditions are similar but not the same as a treaty, which requires that two-thirds of the Senate vote to approve it. 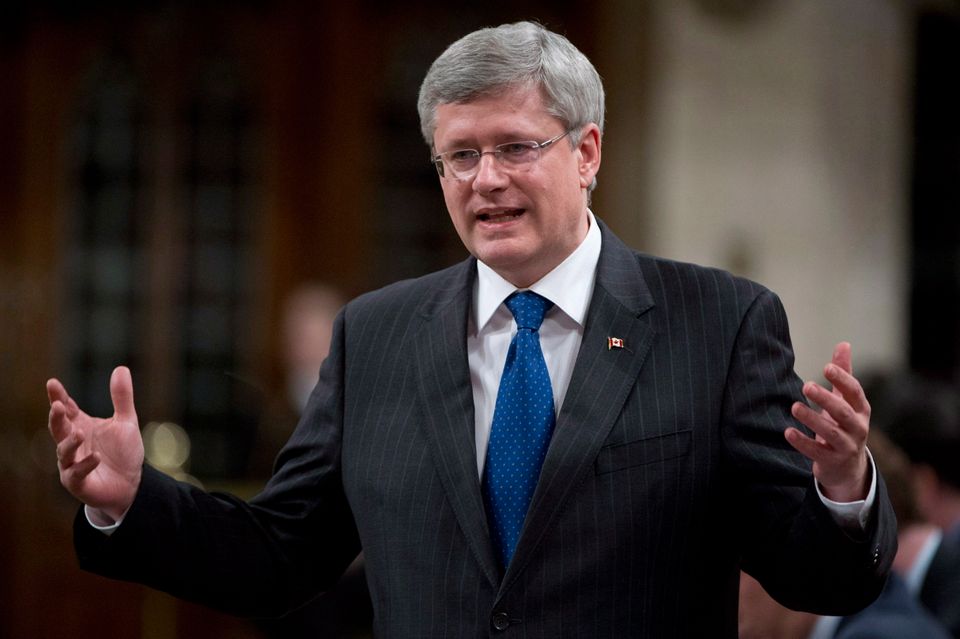 1 / 18
Prime Minister Stephen Harper, question period, Feb. 13
"In terms of Sen. Wallin, I have looked at the numbers. Her travel costs are comparable to any parliamentarian travelling from that particular area of the country over that period of time. For instance, last year Sen. Wallin spent almost half of her time in the province she represents in the Senate. The costs are to travel to and from that province, as any similar parliamentarian would do."
THE CANADIAN PRESS/Adrian Wyld