It's not every day that we're struck by the coolness of a billboard, but then again, a new ad for Corona in New York City isn't your run-of-the-mill billboard. 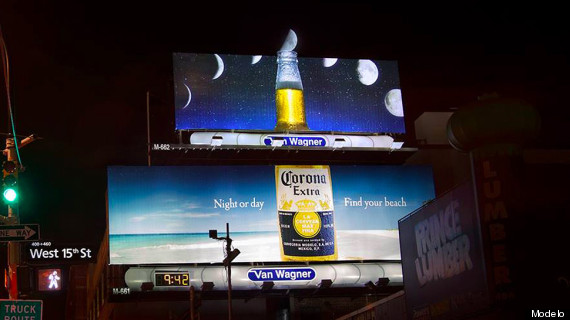 Corona -- now officially part of the AB InBev family, although not in the U.S. -- worked with astronomy experts to create the ad at the intersection of 9th Avenue and 15th Street. When viewed at a certain time of night during parts of the lunar cycle, the billboard creates the illusion that a slivered moon is perched inside a Corona bottle, as if it were a slice of lime.

The moon and billboard line up this weekend, June 14 and 15, between 8:45 p.m. and 11 p.m. Take a look at what went into making the billboard in the video below.