The attention to this story is spurring an critical conversation about hitting kids as a form of discipline, and that is a good thing.

Those of us who are uneasy about hitting our kids also have to get them to behave. How to discipline is an issue all parents face when raising kids and about 70% of Americans approve of corporal punishment. Parenting is an amateur sport that yearns for expertise, so we frequently turn to "experts" to tell us what to do -- scientists, specialists and the whole parental-industrial complex. Can science decide this one for us?

While there is little empirical research to recommend hitting kids, the jury is still out on whether corporal punishment is always terrible. Many studies suggest that physical punishment -- including spanking, hitting and other means of causing pain -- can lead to increased aggression, antisocial behavior, physical injury and mental health problems for children. There are also a number of studies who assert the opposite. In a meta-analysis, a scientific study of the studies, researchers found that "conditional" (i.e., infrequent, non-severe, for specific reasons) spanking led to greater reductions in child defiance than the non-physical alternatives, including reasoning, removal of privileges and time out alternatively.

In the interest of simplifying your life, I propose adopting Corporal Abstinence in all things related to punishment. Just don't do it. It is less complicated to completely stop than trying to decide "hit or stay" on a case-by-case basis. Aim for never using force and then if hit happens, it will do so rarely. If spanking then happens, one can be confident that the decision to do so was an emotionally driven, neither reasoned decision nor "conditional."

While most Americans' still approve of it, the actual practice of corporal punishment has declined since the 1960s (94% positive view in the 1960s, 84% in 1986, 71% in 2004). "Spare the rod, spoil the child" attitudes, while still widespread, are losing some ground. In many urban middle class parents, a gradual shift seems to have made physical punishment almost synonymous with child abuse. In my family therapy practice outside Washington, DC, when parents tell me they spank, they almost always whisper it. I believe many who spank are increasingly questioning its worth. It appears parents are tuning into the powerful impact physical discipline has on their kids as well as themselves.

Parents need to be in charge. Many of today's kids are secure in the knowledge they will not be hit, making being in charge more difficult. I am convinced the extra effort is worth it. Desired behaviors are more likely to be learned by kids as worthwhile in their own right, not adopted under threat of harm. It is not just a matter of not getting caught. To this end, parents encourage the behavior by instruction, modeling and reward, whether or not the behavior was coerced or occurred on its own. Punishment can certainly have a role here. When necessary, by all means, punish your kids. But punishment has some severe drawbacks. And corporal punishment has almost too many shortcomings to count. Corporal punishment inherently contradicts a parent's first duty: keep their kids safe from harm, make them feel safe.

The parents' second job is to raise their children to live in society. There is a lot to teach: dangers to avoid (fire, traffic, electrical outlets, etc.) and an endless repertoire of skills to acquire (eating with a fork, using words instead of little fists or teeth, getting along with siblings, etc). It often involves the arduous task of at first getting kids to "do the thing that looks right" to increasingly have them take more and more responsibility for "doing the right thing."

Effective punishment is an endeavor to change the future -- reducing or eliminating unwanted behaviors. It works pretty successfully with most people-- most people reduce problem behaviors after punishment. Even so, punishment does not teach new skills, it suppresses undesirable behavior. If it teaches anything, it is "don't get caught" (as in "don't let me ever catch you..."). If you knew a speed camera was broken, would you still slow down? It tends to only work when the "punisher" is on duty.

It is pointless to punish in response to something a child "can't" do (as opposed to "won't" do), if there is a skill deficit, or if the child has lost focus or become too anxious to perform a task, punishment serves no purpose, and resorting to hitting is ludicrous.

Corporal punishment is complicated by the fact that physical assault models aggression as a response to frustration. Unfortunately the kids that often wind up getting punished most are the ones for whom punishment works least. For kids with ADHD, executive dysfunctions, kids who never met an impulse they didn't like, punishment is ineffective at changing future behavior. A number of factors prevent them being able to access the attention, motivation and "behavior brakes" to avoid punishment when they need it most.

So, if punishment is not achieving the goal of future behavior change, then is the reason it continues because it somehow rewards the the one doing the punishing? Hitting a kid can feel immensely gratifying to a frustrated parent, and it usually stops the immediate behavior in its tracks.

In my clinical experience, being physically hit incurs shame as opposed to remorse. Remorse is the feeling of sorrow, regret, guilt over intentional wrongdoing. The feeling is primarily social -- it tends to spur thinking focused on the wrong action and ideally setting things right. It often contains some empathy for the wounded party. "I did something really bad and will think twice before repeating that". While painful, guilt and remorse can teach us about how to act in future situations.

Shame is more primitive, often secretive and always destructive. It makes us feel unworthy, and diminishes our belief that we can improve ourselves, It is the thinking that "I am really bad," or "I am unacceptable or unlovable," that accompanies feelings of sadness, isolation and sometimes despair. It can also trigger rage at the person seen responsible for doing the shaming. Thoughts of retribution for these horrible feelings occur, such as: "my father is a beast and deserves to be hurt as punishment for making me feel like a sh*t." It does not teach, it seethes.

Carrots (good things that reward good behavior) are always better than sticks, but carrots grow underground, so identifying new things that might inspire cooperation often takes thinking out of the box (For example, 11-year-old future supreme court justice Brandon made a compelling case for a week long ban on having to show his mom his homework).

We can take some cues from a good baseball umpire. Make the strike zone (i.e., what is "against the rules") as consistent as possible, and be consistent in calling a strike a strike (don't let some go because you are in a good mood or he needs some slack; you don't want to get into an argument). Study the communication skills of a first-class umpire. They are minimalists: "Strike!", "You're out!" While assertive in their calls, they mostly remain neutral, even when players argue, scream or whine in response. And it is clear that the consequences matter -- striking out can sting, but it does not cause long-term damage. With teens, the strike outs that matter most have to do with freedom, money, screen access and transportation. Adam, with the nascent skills of a civil rights champion, always demanded that he be told immediately what his consequence would be. This often involved an impulsive parental choice of one too small (no desert tonight) to matter on one extreme or something medieval (no screens for a month) on the other. An advantage a parent has over an umpire is the right to say, "I'll have to get back to you" if he or she senses they might not make the best call at that second.

Parents can also learn from drill sergeants, when the problem is between siblings that inevitably results in mom having to pass judgment on who is guilty, the likelihood of being right is about 50%. A drill sergeant inspires collaborative effort -- you will all get confined to base or have weekend leave based on how you all do. For a parent, the message to kids is that it is in your best interest to not get me involved. If I have to, you are both confined to barracks.

In my clinical experience, kids who are spanked don't look a lot different as they emerge into adulthood from their unspanked counterparts, depending on the spin of the spanking story. On one extreme there are variations of "I was a real pain in the ass, my parents did what they had to do to get me to behave." On the other extreme is "My father was a bully who worked out his frustration by hitting me and I hate him for it." As a spanking parent, you can take your chances your kid will eventually see that your intentions were good. As a spanking abstainer, your kids will have to find other things to complain about. No worries, they will. 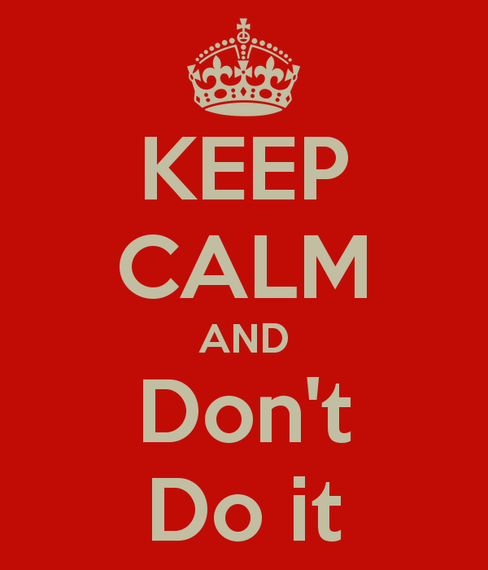 More:
parents-dadsSpankingpunishmentParentsDiscipline
Newsletter Sign Up
Raise the kind of person you'd like to know
Subscribe to our parenting newsletter.
Successfully Subscribed!
Realness delivered to your inbox