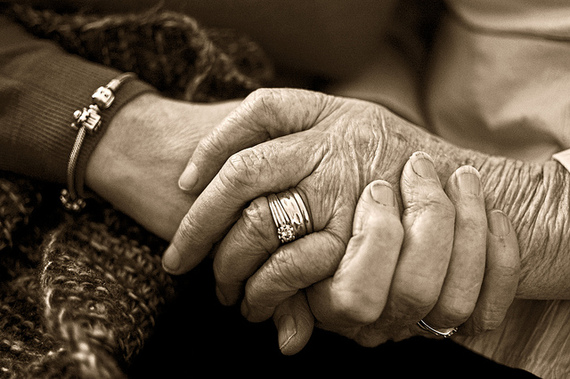 John Mitchell, only 69 years old, was recovering from a stroke at a nursing home in Dennis, Massachusetts when -- one week after he was admitted -- staff dropped him while moving him from his bed to a chair. A call to an ambulance was made, but then cancelled when his vital signs seemed to stabilize. Later that night, John became unresponsive. After he was rushed to the hospital, doctors discovered that the fall had caused extensive bleeding in his brain; he died a few days later. It was only after his sons hired an attorney to investigate the circumstances surrounding their father's death that they found -- among dozens of pages in the admission contract signed by John's guardian -- a pre-dispute arbitration agreement.

Fortunately for John's family, a court ruled the clause in their contract unenforceable. But that isn't always the case.

John's story underscores the reality that many new residents face. Nursing homes have complete control over some of the most vulnerable and fragile people in the entire country: people who are gravely ill, who are often cognitively impaired in ways that make it hard for them to protect themselves, are completely at the mercy of these institutions. Unfortunately, nursing homes are increasingly being taken over by huge corporate entities that are often driven more by profit than a sincere commitment to taking care of residents. Thousands of nursing homes across the country have been snapped up by large Wall Street companies. Sixty percent of the market is now occupied by for-profit entities, increasingly private equity groups. One report discovered that in 60 percent of the homes purchased, managers cut the nursing staff to the point where they were providing only one clinical registered nurse for every 20 residents.

Just as they've done in other parts of our economy, these giant corporations are using forced arbitration clauses -- contract terms that say that people cannot sue them, no matter what laws they break, and instead people harmed by illegal acts can only bring cases before private arbitrators who are generally beholden to the corporations. These clauses make it far harder for the victims of mistreatment to hold a facility accountable where there's abuse or serious negligence, and they minimize the incentive to provide the highest quality of care.

The Obama Administration is seriously considering doing something about this. The Centers for Medicare and Medicaid Services has an opportunity to say that nursing homes can no longer receive federal funding if they use arbitration clauses in their contracts. If CMS will take this step, it will return to the nation's most vulnerable population their basic constitutional rights, and let people hold nursing homes accountable in case of abuse and neglect. My organization, Public Justice, just filed extensive comments with CMS urging it to take this opportunity to protect these vulnerable residents.

The Stakes are Huge. While millions of people get caring and competent treatment every day, there are times that the system fails disabled and often elderly nursing home residents in horrifying ways. Far too often, people who can't move are left in one place for so long that they develop pressure sores, and then far too often, are left in their own excrement until the pressure sores become infected. There are other instances where people have actually been intentionally physically abused by people who never should have been put in charge of vulnerable patients. Our comments trace through a number of instances of genuinely horrific treatment, as do comments to CMS from a number of state attorneys' general. Our comments also document in detail how neglect and mistreatment spread and expand when nursing homes are bought up by large Wall Street entities, and how harmful these corporate acquisitions are for real people who are completely dependent on the facilities for medical care, food, everything.

The circumstances surrounding admission to a nursing home are uniquely stressful. It's often an emotionally devastating experience for both the patient and their family. These facilities are often a last resort for patients and families, and the decisions are often made under emergency circumstances. No sane person in that setting is going to be focused on the fine print of an admissions contract, looking to see if the facility is trying to gain some legal advantage and strip the patients of their rights. People are understandably thinking about different things, filled with other feelings. For nursing homes to use these painful moments as a chance to slip arbitration clauses past families is ugly and unreasonable, and the argument "well, everyone knowingly agreed to give up their right to go to court" is unrealistic.

Arbitration Clauses Enable Abuses. As our comments establish, nursing home industry consultants have openly acknowledged and other studies support that arbitration clauses reduce the liabilities of nursing homes. When liabilities are reduced, there is strong evidence that the quality of care gets worse.

In addition, unlike the public court system (where trials are open to the public, press and regulators), nursing homes benefit enormously from the secretive system of arbitration, where the facts about abuses can be (and often are) buried. "Confidentiality" provisions - which really translate into gag orders - and non-transparent, non-public handling make it easier for systemic problems to stay hidden, and to continue.

If nursing homes are permitted to continue opting out of the civil justice system, we can expect to see lower levels of care, and higher numbers of preventable injuries and deaths.

Now Is the Time. CMS has a historic opportunity to do something about this ugly, abusive practice. It should tell nursing homes that they can't use arbitration clauses and still benefit from federal dollars. Protecting desperately vulnerable people is more important than squeezing out an extra percentage of profit for hedge fund owners.

This is not a problem that the government can solve on its own. CMS does some great work, but it doesn't have the resources to police the thousands of nursing homes spread throughout the country. When patients are injured or die due to mistreatment or neglect, they and their families should be able to go to court to protect their own rights. It's been the American system for hundreds of years that injury victims have a right to a day in court, and it shouldn't be thrown overboard at the whim of some Wall Street guys who find secretive private judges a more congenial system.