Big Business is poised to crush its opposition at the ballot box this November.

I'm not referring to the presidential race or congressional contests. I'm referring to state ballot initiatives and referenda - the democratic institutions by which citizens in many states have a direct vote state law.

In a new Public Citizen report, "Big Business Ballot Bullies," we examined eight 2016 races where corporations have already spent nearly $140 million. The war chests of these corporate-backed campaigns have amassed an average 10-to-1 financial advantage over their mostly non-corporate opponents. 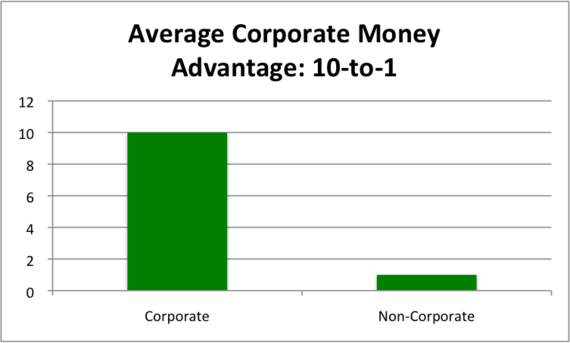 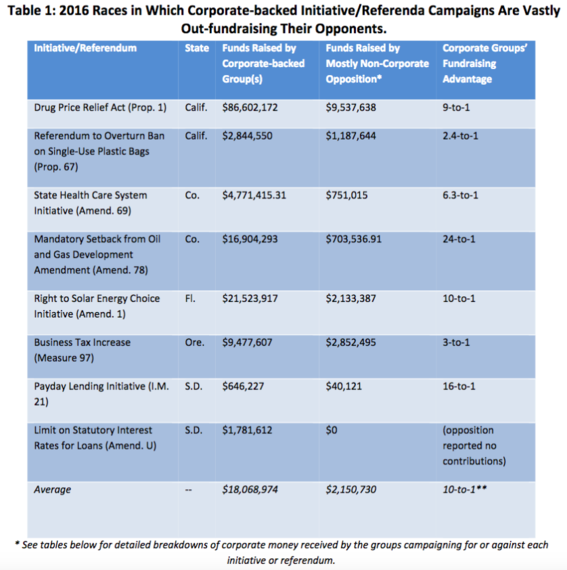 What are these initiative and referenda races that Corporate America is so determined to influence?

In California, there's the Drug Price Relief Act (Proposition 1), which record-breaking corporate spending by Big Pharma is aimed toward defeating with its 9-to-1 fundraising advantage. The measure seeks to lower prescription drug prices in California by using the discounted price used by the U.S. Department of Veterans Affairs as the price ceiling for drugs. Pfizer and Johnson & Johnson alone each contributed more than $7 million to defeat the measure. 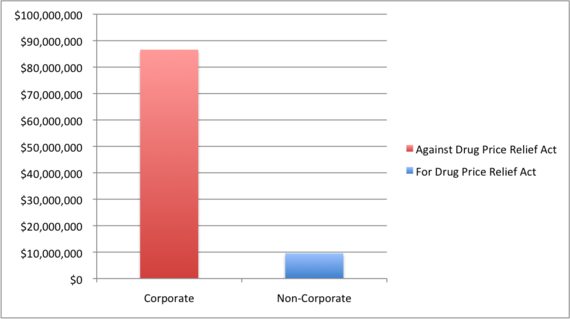 Also in California is the Referendum to Overturn Ban on Single-Use Plastic Bags (Proposition 67). Grocery stores and environmental groups have joined forces to preserve the plastic bag ban, but they have been outmatched by plastics industry-backed groups seeking to repeal the ban by more than 2-to-1. 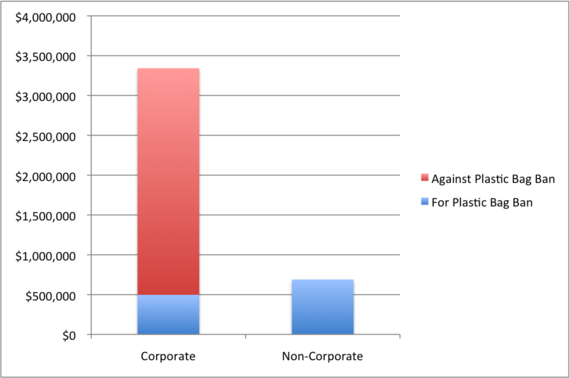 In Colorado, the State Health Care System Initiative (Amendment 69) would put in place a universal, single-payer style health care system, "ColoradoCare," for citizens of Colorado. Health insurance companies, led by Ohio-based Anthem Inc., are the amendment's top opposition, which have a 6-to-1 advantage over the group supporting the amendment. 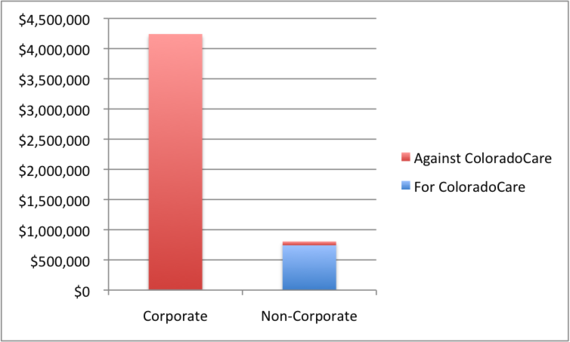 Also in Colorado, the petition-gathering effort for the Mandatory Setback from Oil and Gas Development Amendment (Amendment 78) was a target of an unprecedented "decline to sign" campaign, which was funded by the amendment's fossil fuel company-backed opposition. The amendment would require all oil and gas development in Colorado to occur at least 2,500 feet from any occupied structure. Opponents of the measure amassed a 24-to-1 financial advantage over the measure's proponents. Ultimately, proponents did not gather enough signatures to qualify for the ballot. 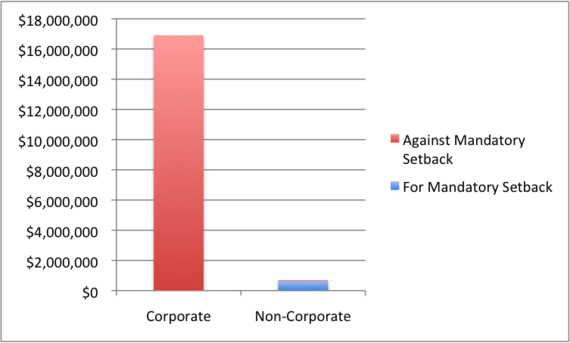 Now the oil and gas industry-backed group has turned its funds toward promoting the "Raise the Bar" initiative (Amendment 71), a direct attack on democracy that would make it more difficult for grassroots movements to qualify future initiatives for the ballot. 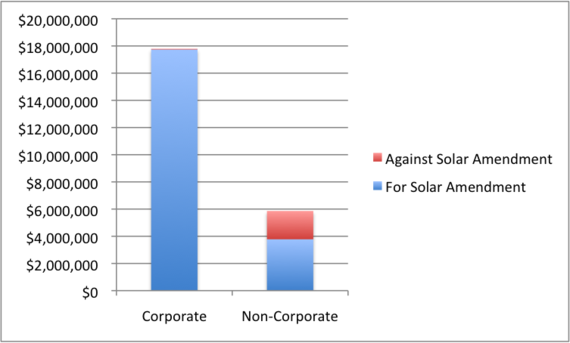 In Oregon, the Business Tax Increase (Measure 97), which would add a 2.5 percent tax on corporate sales in the state and raise an estimated $3 billion for education, health care and senior services, has drawn opposition from major corporations including Albertsons-Safeway, Comcast, Equilon Enterprises (Shell) and Costco. These corporate opponents hold a 3-to-1 fundraising advantage over groups supporting the measure. 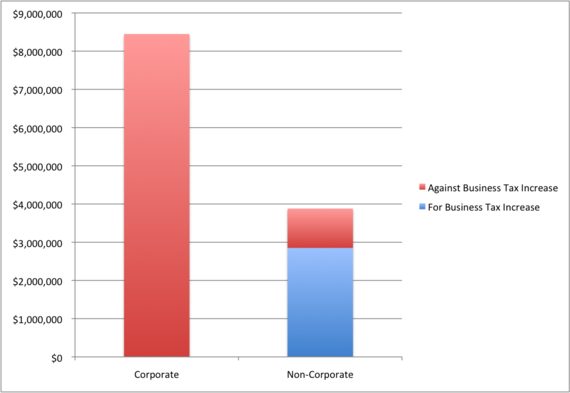 In South Dakota, the Payday Lending Initiative (Initiated Measure 21) would cap interest rates for all lenders in the state at 36 percent. In this race, a single corporation, a Georgia-based short-term lender (Select Management Resources) is the sole funder of the measure's opposition and has out-fundraised the initiative's proponents 16-to-1. 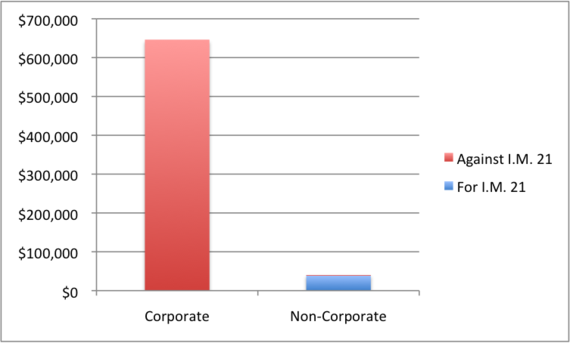 Also in South Dakota, Select Management Resources is backing a decoy initiative, the Limit on Statutory Interest Rates for Loans (Amendment U), which would prevent any limit from being placed on interest rates lenders can charge, so long as the rate is agreed to in writing. While this single short-term lender is the sole funder of the campaign supporting the initiative $1,781,612, the group registered to oppose it has so far receiving reported no contributions. 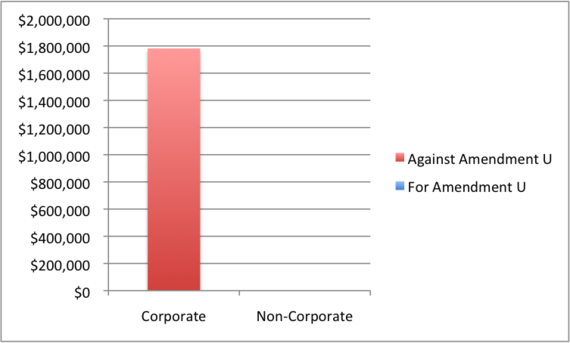 These findings should be deeply disturbing to anyone who is concerned about the power of corporate money to distort our democracy following the U.S. Supreme Court's 2010 ruling in Citizens United v. Federal Election Commission.

Because of Bellotti, corporations can hire paid petitioners to gather the names needed to secure an initiative's place on the ballot, pay public relations firms to generate positive press coverage and buy air time for political advertisements to influence voters.

In other words, corporations can do practically everything a natural citizen can do to campaign for a grassroots initiative - but with the added advantage of the ability to quickly amass vast sums of cash and convert this financial power into political power.

States can address this onslaught of corporate spending by enacting robust campaign finance disclosure laws and legislation to enhance the role of volunteer petition gatherers, such as California's S.B. 1094.

But the solution to Citizens United and Bellotti is the same: a constitutional amendment, such as the Democracy For All Amendment that was supported by a majority of U.S. senators in 2014, can overturn both rulings by asserting the state's authority to limit corporate election spending.

The examples provided in the report illustrate the power of the concentrated wealth that corporations can deploy in elections to dramatically distort U.S. politics. In November, we will see how democracy fares against these and other corporate attacks. Then, we will make another account of the impacts of corporate political spending on ballot issues, which will provide a better measure of the work we must do to repair our damaged democracy.