24/7 Wall St.: With the U.S. presidential election heating up, 24/7 Wall St. decided to examine public companies’ political contributions in the current election cycle. The donations include monies given to political parties, candidates, and political action committees. The figures are staggering and have prompted many to ask whether money can buy a seat in the House, Senate, or even the presidency itself.

The Republican presidential candidate, Mitt Romney, the Romney Victory Fund, and the Republican National Committee raised more than $76.8 million in May alone. This one month does not include what Romney and his supporters raised for the primaries, or the growing amount he will need as the presidential election shifts into high gear. While President Obama has raised more overall, his campaign and the Democratic party only raised $60 million for his re-election effort in May.

Political contributions, which used to go directly to candidates, now often flow to Super PACs, independent organizations that can raise money to either help or defeat a political candidate. Historically, traditional political action committees have been prohibited from accepting donations from unions and companies. However, following rulings by the U.S. Supreme Court and the Court of Appeals, Super PACs are now allowed to accept unlimited donations from unions and companies, provided the money does not go directly to the campaign.

The rise of the Super PAC has opened the door to a new generation of fundraising, changing how money is used to elect candidates and increasing the amount candidates need to raise to be competitive as they seek office.

Already, there is evidence of the influence large corporations and their senior managements can have. At one point in January, Las Vegas Sands’ CEO, billionaire Sheldon Adelson, gave then GOP’s presidential hopeful Newt Gingrich $5 million. Gingrich could not have remained a candidate for the Republican nomination without the money. Adelson went so far in February as to say he might pass an additional $100 million to Gingrich and the PACs that supported him. Adelson, with his activist posture, won’t likely go away this political season as Gingrich did. His total contributions this election cycle already total nearly $12 million. Some of his contributions have been given through a tiny methadone clinic owned by him and his wife Miriam. It is perhaps not surprising then to find Las Vegas Sands, which is run by Adelson, at the top of the list of the ten public companies with the largest political contributions.

The ten companies on our list operate in different industries. While one might think financial firms, tethered to the federal government by the financial crisis bailout, and defence companies, which count on billions of dollars in government contracts, would dominate the list, they do not entirely. Microsoft is on the list; so is AT&T, cable company Comcast, and film studio Dreamworks. In addition to the sums each company donated and to which political party, we also added how much these companies have spent on lobbying, which is counted separately from political donations. As tempting as it is, we did not speculate on the reasons behind the companies’ contributions.

Based on data collected and published by the Center for Responsive Politics on its website, open secrets.org, 24/7 Wall St. has identified the 10 publicly traded companies contributing the most to candidates, political parties, and PACs. The Center for Responsive Politics calculates total political contributions made by either companies’ PACs or employees within a given election cycle (beginning in January 1, 2011 for the 2012 cycle) that are over $200. 24/7 Wall St. also examined lobbying expenditure data, also published by the Center for Responsive politics. Finally, we relied on the 2012 Washington Technology Top 100 for revenue earned by the top government contractors.

These are the companies making the biggest political donations. Read the original article at 24/7 Wall St.: 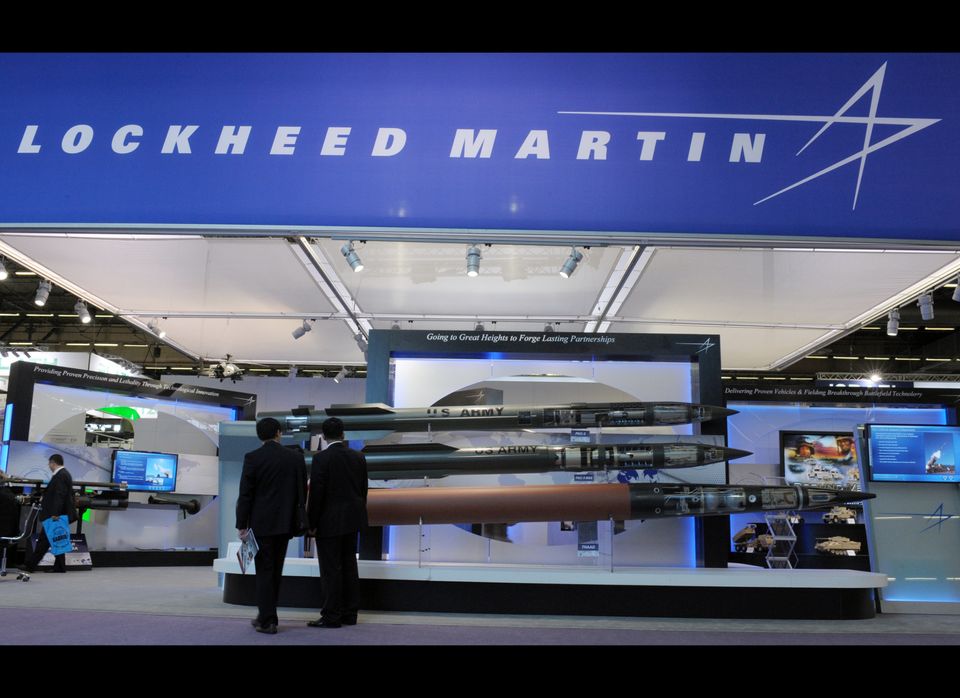 1 / 10
10. Lockheed Martin
> Total contributions (2012-ongoing): $1,927,900 > Donations to Democratic Party: 38% > Donations to Republican Party: 62% > Spending on lobbying (2012-ongoing): $3,979,250 > Industry: Aerospace/Defense Products and Services Lockheed Martin has been one of the largest political contributors of the past 20 years, and it has donated more than $1 million in each election cycle dating back to 1996. In this current cycle, 83% of funds contributed by the company have come from the Lockheed Martin Employees Political Action Committee (LMEPAC), which has contributed $570,000 to Democratic Party candidates and $881,000 to Republican Party candidates. In fiscal 2011, the defense company received contracts worth over $17 billion, more than any other company in the U.S. This was more than the government contracts received by the next two companies, Boeing and Northrop Grumman, combined.
Getty