ALBUQUERQUE, N.M., Oct 7 (Reuters) - A New Mexico public school district is following the lead of professional sports teams and searching for a corporate sponsor for its new stadium to raise funds for dwindling athletic and classroom budgets.

Monica Armenta, spokeswoman for the Albuquerque Public School District, said that, faced with an increasing number of private and charter schools in the region, the public school system needs to be inventive to make up for lost revenue.

She said there has been a drive to market the district, its programs and its facilities, including the year-old $38 million Community Stadium complex on the city's west side, which boasts a 7,000-seat football stadium, a 2,600-seat track and field area, and parking for more than 1,400 cars.

She would not comment on what the district was looking for, but local media have cited an asking price of $1.8 million over the course of a 10-year deal.

"The majority of the money will go to the APS Education Foundation to fill the education gaps in programs for literacy and middle school sports," Armenta said.

The Albuquerque district's drive to find a sponsor is part of a growing trend nationwide as school districts look beyond selling the local sponsorship banners that have been a mainstay of scholastic sports for years.

Brian Siatkowski of Baltimore-based marketing strategists Tebo and Associates said he was hired to spearhead the district's efforts after doing similar work in Florida.

He said he had already received inquiries about Albuquerque's stadium, which he described as "a new shiny toy."

Mark Koski, director of Sports, Events, and Development for the National Federation of State High School Associations, said the corporate sponsorship at the high school level is still in its infancy.

"The Albuquerque Public School District needs to be commended in spearheading this new trend," Koski said. "If this is successful, many schools will follow suit." (Reporting by Joseph Kolb; Editing by Daniel Wallis and Andre Grenon) 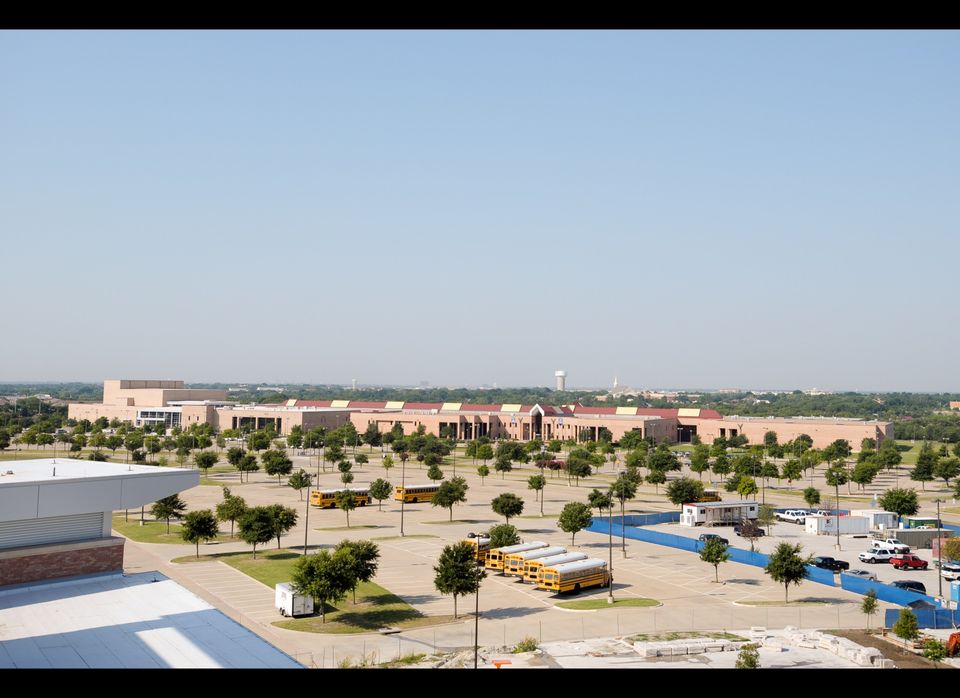 1 / 14
June 26, 2012 - Looking south, the Allen High School main campus (grades 10-12) can be seen in the distance from the new Allen Eagle Stadium press box. The main campus has a student enrollment of 3,996 and the Lowery Freshman Center campus has a reported enrollment of 1,395 which puts the total Allen High School enrollment at 5,391. Most state and national enrollment numbers only show main campus figures. According to high-schools.com, if the main campus and Lowery Freshman Center numbers were combined, Allen would have the second largest high school enrollment in the nation behind Evit Gilbert (5,858) in Gilbert, AZ.
(Michael Prengler/AP Special Contributor)