The failure of the U.S. Congress to pass any meaningful gun-safety legislation in the wake of mass shootings is driven by far more than the heavily covered left-right ideological split in both our country and our U.S. House and Senate. This unremitting failure to legislate is also the result of rules that allow for structural defects to exist in Congress - defects that thwart the will of an overwhelming majority of the American people.

To be clear, the sickening crime in Orlando did not happen because of a single problem. We have already seen the evidence of a confluence of causes, as is often the case. But this mass shooting did, once again, focus the spotlight back on the gun debate - and it is worth examining in deeper terms than the stale, red-blue political conflict that plays out on TV like an old rerun. The excerpt below from Chapter 6 of Unlock Congress zeroes in on the issue of gun safety and how a sclerotic Congress has been unable to act. Specifically, the focus is placed on the "money flood" in our system, as well as the filibuster rules that require 60 votes in the U.S. Senate for legislation to be voted upon - a requirement that is an accident of history and nowhere to be found in the U.S. Constitution. 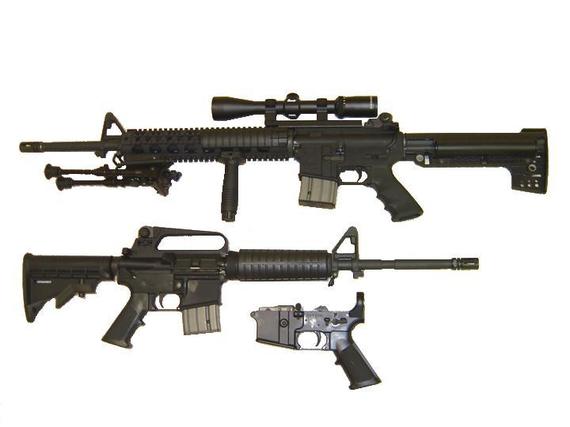 This article was excerpted from Chapter 6 of Unlock Congress: Reform the Rules - Restore the System

Each year the U.S. records approximately thirty thousand gun-related deaths - by far the largest per-capita average in the world, which only intensifies what has always been a heated debate in our country. Of all issues, it might be most difficult to wring some of the politics out of this one. But we're going to try to examine it logically, in our ongoing effort to understand the role that problematic rules play in the policy process.

Law-abiding American gun owners fight to protect their right to bear arms. That right was first established in the Second Amendment: "A well-regulated militia, being necessary to the security of a free state, the right of the people to keep and bear arms, shall not be infringed." The extent of this right has been debated in the public square and in the courts ever since. The right of an individual to own a firearm was upheld by the Supreme Court in 2008. But within the ruling, speaking for the majority, Justice Antonin Scalia also wrote that nothing in the Court's decision "cast doubt on long-standing prohibitions on the possession of firearms by felons and the mentally ill, or laws forbidding the carrying of firearms in sensitive places such as schools and government buildings." Essentially, the Court had affirmed the right while also maintaining Congress's power to pass forms of gun legislation intended to increase public safety.

Americans on the side of stricter gun laws argue that the original constitutional right was specifically intended for state militias. The purpose in establishing this right was for the state to be capable of defending itself against oppression, which made perfect sense after a Revolutionary War had been fought and won to reject such oppression. Although the ultimate goal of some gun control advocates may be to limit the use and ownership of guns back to militias (as former Supreme Court Justice John Paul Stevens favors), the more active efforts are geared toward passing laws that they say will reduce gun violence. Even many gun control advocates will acknowledge that these efforts have not made enough headway in recent years.

Frequent mass shootings in American towns always have the effect of spotlighting anew the gun issue. Discussions usually zero in on efforts to pass laws requiring tougher background checks or to ban assault-style weapons or high-capacity magazines. The familiar scenario played out again in the summer of 2012 when a mentally ill man named James Holmes shot and killed twelve people in a movie theater in Aurora, Colorado. He wounded fifty-eight others. The debate restarted. Only two days later, before any new legislation had even been proposed, U.S. Representative Carolyn McCarthy (D-NY) made this announcement on NBC's Meet The Press: "A lot of politicians know it's the right thing to try to fight for something to save lives. They don't have the spine anymore. They pander to who's giving them money."

McCarthy was right in the sense that Congress would end up passing no new laws to increase gun safety in the aftermath of Aurora. The real question is: Was she right about why? Was it because our politicians are "spineless" and "pandering" for the money? Or have our leaders just been representing the will of the people?

A better case for examining those questions came one year later following the mass shooting in Newtown, Connecticut. Twenty-year-old Adam Lanza, another killer with a history of mental illness, walked into the Sandy Hook Elementary School fully armed and took the lives of six adults and twenty children. Even with all of the gun violence we see in the U.S., the murder of so many innocent children in this tragedy brought an even greater level of attention to the gun issue.

It also created enough political will for Congress to at least introduce new legislation. After one Senate bill failed (it would have mandated criminal background checks on all gun sales between private parties), a more modest amendment was proposed with bipartisan co-sponsors, U.S. Senators Joe Manchin (D-WV) and Pat Toomey (R-PA). Manchin explained on Fox News that the measure would merely be a "criminal and mental background check strictly at gun shows and online sales" and that "if you're a law-abiding gun owner, you'll love this bill."

On April 17, 2013, the amendment failed in the Senate. Whether one is for or against the proposed law, the point here is to ask why. If American gun owners (85 percent) were in favor of the amendment, why would our government not respond accordingly? Some believe it is because the NRA and Gun Owners of America are more successful at getting their members to actually voice their opinions to lawmakers. But research released by the Pew Center a month after the vote did not track with that claim. Pew did find another factor, however, stating that "while nearly as many gun control supporters as gun rights supporters report contacting a public official about gun policy in the past six months, more gun rights advocates have contributed money to organizations that take positions on gun policy (12 percent versus 3 percent of gun control supporters)." Ah, the money.

Between the years 2000 and 2014, gun rights groups spent more than $80 million on federal campaigns - with $46 million of it spent by those independent groups given free rein after the Citizens United decision. More than $18 million alone was spent during the election cycle preceding Newtown. Of the forty-six senators who voted against the amendment, forty-three of them had received money from gun rights groups since the year 2000 (gun rights groups outspent gun control groups 28-1 in 2000-2010). Despite such strong circumstantial evidence of influence, that does not necessarily constitute a direct causal link. In fact, four Democrats who voted against background checks were likely unswayed by money, as they had received some of the smallest amounts from the NRA.

But influence comes not only from the NRA money that flows into lawmakers' coffers. It also comes from the truckloads of cash that loom over incumbents in the form of election-cycle attack ads. In fact, even the mere threat of such influence infects political thinking. Lee Drutman, who studies the impact of money on gun policy for the Sunlight Foundation, says lawmakers are plain afraid of the predatory political attacks: "They know what the NRA is capable of doing and the kinds of ads they're capable of running, and especially if you're someone facing a close election, you don't want hundreds of thousands and potentially millions of dollars in advertising to go against you."

Still, if we theoretically assume that gun cash played only a partial role in the defeat, what other possible factor in the "D.C. 4-3" could have flexed its muscle to turn back the will of the majority? The vote tally tells the tale. On that Wednesday afternoon, the background check amendment failed in the Senate by a vote of fifty-four in favor versus forty-six against. An hour later, another popular amendment to make gun trafficking illegal failed by a vote of fifty-eight in favor versus forty-two against. Under the principle of majority rule, both of these majority vote totals would have meant success for the proposed legislation. But as we know, in today's U.S. Senate, without a super-majority to bypass the filibuster, there's just no chance.

Four days after the vote, historian Doris Kearns Goodwin aptly described the connection between these two problems: "That structural Senate, given the sixty votes that are needed, given who they listen to, given the power of special interest - public sentiment cannot penetrate. And we've seen it now for the last decade. That's what the dysfunction is about."

These filibuster rules not only stop progress or slow it down to a crawl, they also violate the principle of majority rule. For both of these reasons, bold action must be taken to restore a measure of order and stability to the U.S. Senate.