When I returned from Bangalore earlier this year, having worked with health professionals at a diabetes clinic for the poor, I expected to write about how access to insulin is a human right. I saw the poverty and the need.

But with the recent passing of Reghunath Varma, a young man from India who could afford insulin and died for lack of it, I realized it is not just access to medicine and supplies that needs to be fixed in impoverished countries. It is basic education -- and and at times demystifying cultural superstition.

In India, where most people with Type 1 diabetes die because they can't afford insulin, a young man died because he chose not to take his.

Reghunath Varma was 29. He was told by an acupuncturist to stop taking his insulin -- the medicine that keeps people with Type 1 diabetes alive -- because the acupuncturist's treatment would cure him. In India many revere doctors as gods.

During my three weeks in Bangalore at the Jnana Sanjeevini Medical Center, one evening a 23-year-old woman arrived. She had Type 1 diabetes since the age of 5 and already had numerous diabetes complications, including the inability to straighten her fingers. 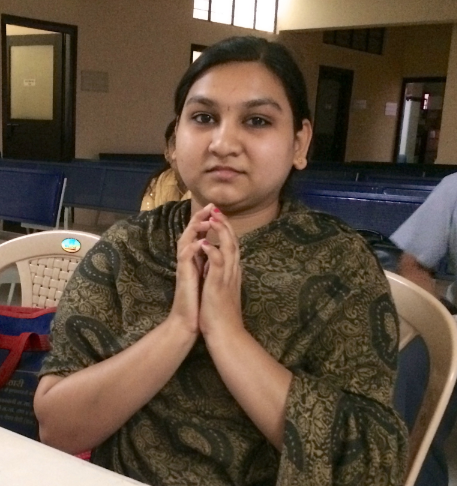 She told the clinic's founder, Dr. S Srikanta, that under the care of her previous doctor, for almost 20 years, she'd been sent to a lab once a month to have her blood sugar checked.

Why did he not tell her to get a home glucose meter where she could check her blood sugar multiple times a day, as is the recommendation for Type 1 diabetes? Because her doctor received a kickback from the lab every month.

At the Jnana Sanjeevini clinic patients with Type 1 diabetes receive free insulin. Unfortunately the clinic can only afford to give enough test strips for patients to check their blood sugar once a day.

Without enough insulin and strips, education and the availability of medical care, as in many remote areas in India, Dr. Srikanta told me up to 80 percent of children with Type 1 diabetes do not reach their 18th birthday. 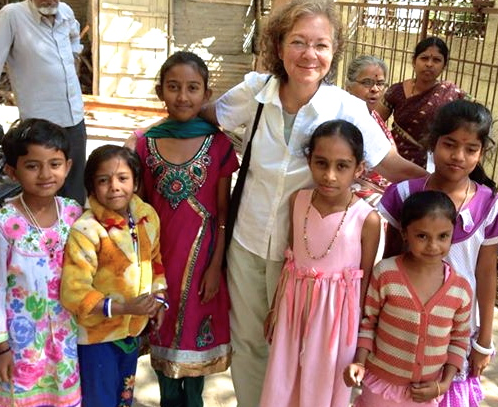 These young girls all have Type 1 diabetes. They were among the hundred children and parents who came to the clinic the day I was there. They come every first Sunday of the month for education and supplies. Many had traveled up to three hours from their homes on as many buses.

That Sunday in January that I interacted with them was the first time they had seen someone who has lived with Type 1 diabetes for a long time.

In India diabetes is growing like wildfire. Insulin, discovered in 1922, is still not available to hundreds of millions of people in the developing world, including in India. Dr. Srikanta supplies what he can from donations from pharmaceutical companies, private and corporate donors and income earned from his for-fee clinic where patients can afford to pay.

But I've learned people don't just die from a lack of access to medicine and supplies. They also die from ignorance, superstition, profiteering and greed.

Yes, access to essential medicines like insulin must be a human right. And so must education, particularly where cultural myths run deep, and governments' eradication of corruption in healthcare.

It would shock you even more to know that Reghunath Varma was a "Young Leader in Diabetes." He was working to raise diabetes awareness and education in his country. Yet cultural forces persuaded him to listen to a doctor who said he didn't need his insulin.

Riva's latest book, Diabetes Dos & How-Tos, is available in print and Kindle, along with her other books, 50 Diabetes Myths That Can Ruin Your Life and the 50 Diabetes Truths That Can Save It and The ABCs Of Loving Yourself With Diabetes. Riva speaks to patients and health care providers about flourishing with diabetes. Visit her websites DiabetesStories.com and DiabetesbyDesign.com.