We've known for quite some time that Cory Booker, the mayor of Newark, New Jersey, is awesome. Remember when he charged into a burning house and rescued his neighbors? How about when he welcomed victims of Hurricane Sandy into his own home? Let's not forget his other Sandy-related acts of kindness.

We're particular fans of Booker's constant Twitter presence, which manages at times to be informative and hilarious. We have to file this Tweet under the latter: 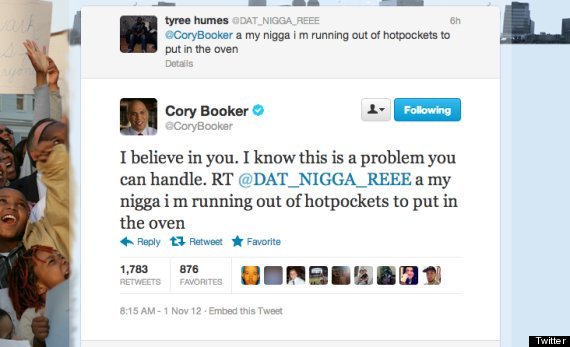 But then a magical thing happened! Read on: 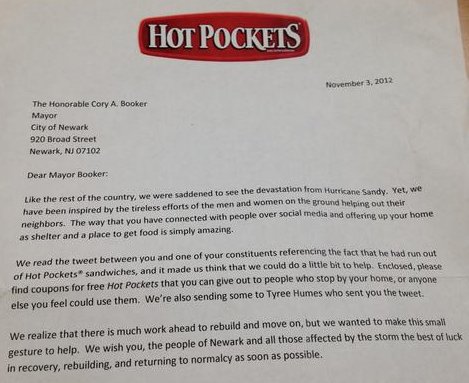 Cory Booker, you're OK with us. He also tweeted back at the constituent who sent the original tweet, saying "thx 2 ur tweet + @HotPockets generosity Newarkers now have plenty of hot pockets to put in the oven."

Cory Booker, Newark Mayor, Gets Hundreds Of Free Hot Pockets For The City
Restaurants Help Out With Sandy Relief 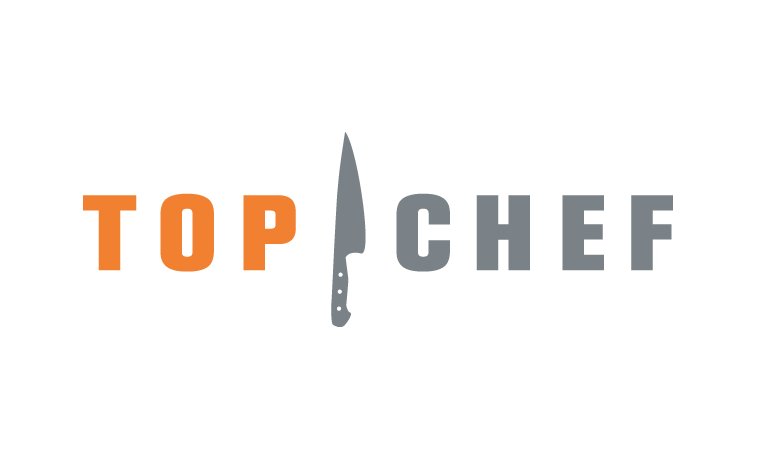 1 / 13
"Top Chef" Dinner
On Monday night, <a href="http://www.bravotv.com/blogs/the-dish/top-chef-stars-cook-for-sandy-relief">"Top Chef" stars Angelo Sosa, Jennifer Carroll, Dale Talde and Kevin Sbraga</a> hosted a four-course dinner for $100 will all proceeds going to the Red Cross. "The devastation from this storm is heart-wrenching and we are passionate about helping those affected in the Tri-State area and beyond," said Sosa. "We are trying to do our part by helping with relief efforts the best way we know how, through food and community support."
Bravo