In a wide-ranging interview with HuffPost, the Democratic presidential hopeful said he once shared progressives’ skepticism of nuclear power but became convinced that reaching net-zero emissions from the utility sector by 2030 was impossible without the source that generates more power than all forms of renewables combined.

“As much as we say the Republicans when it comes to climate change must listen to science, our party has the same obligation to listen to scientists,” Booker said. “The data speaks for itself.”

The remark ― one of the most pointed critiques of the anti-nuclear position in the Democratic primary so far ― grazes a particularly sensitive nerve in the climate policy debate.

The United States hasn’t licensed a new reactor in a quarter century. Yet nuclear power is deeply unpopular. In 2016, Gallup found a majority of Americans opposed nuclear energy for the first time since the pollster began surveying the question in 1994. If the 2011 meltdown in Fukushima, Japan, stoked fear in a generation too young to recall 1979’s Three Mile Island accident, HBO’s new hit miniseries “Chernobyl” exposed viewers to the horrors of radioactive contamination.

The politics of nuclear energy are difficult to pigeonhole. The industry threw its lot in with coal over the past few years in hopes of winning federal subsidies from the Trump administration. Third Way, the centrist think tank, avowedly supports nuclear. Yet so, too, does left-leaning New York magazine writer Eric Levitz, who made an impassioned plea for the progressives to embrace nuclear earlier this month.

In a presidential election, Nevada, where voters who cast ballots in a decisive early primary staunchly oppose storing nuclear waste in the desert, raises the stakes.

Yet the numbers paint a bleak picture of what eliminating emissions from the power sector looks like without nuclear, said Leah Stokes, a researcher and University of California, Santa Barbara assistant professor.

Over the past decade, renewable capacity grew at about 0.6% on average each year, Stokes said. To replace the coal and gas plants that still generate a majority of the United States’ electricity by 2050, renewables need to grow by about 2 percentage points per year.

But slashing economywide emissions requires switching combustion-engine cars, trucks and planes ― the biggest source of carbon dioxide in the United States ― to electric versions. That means roughly doubling the electricity available on the grid, demanding the baseline rate of renewables deployed each year grow nearly seven times faster than today.

Sen. Bernie Sanders (I-Vt.) took an even firmer stance against nuclear power. He led the charge to shut down the Vermont Yankee Nuclear Power Station, which closed in late 2014, and proposed a bill last year to start decommissioning plants across the country. Shuttering nuclear and fossil fuel plants at the same time means the renewables would need to be deployed at 25 times the current rate.

Construction of renewables, meanwhile, is slowing as the investment tax credits that fueled the growth of solar and wind over the past decade phase out. In 2018, the worldwide buildout of renewables failed to increase year over year for the first time since 2001, according to the International Energy Agency.

“That just shows you that taking nuclear off the table just makes it so much harder to get the job done,” Stokes said. “People don’t understand the absolutely heroic deployment rates that we’re talking about.”

In Vermont, where the Yankee nuclear plant generated 70% of the state’s electricity, emissions spiked after its closure. Because the state switched primarily to hydro power, the increase was primarily due to its dependence on wood-fired heating in cold winters and an aging fleet of gas-guzzling pickup trucks, The Boston Globe reported. But in New England overall, where the plant produced 4% of the region’s total electricity output, emissions spiked 15% between 2014 and 2015, according to the trade publication UtilityDive.

“If we had a president who was going to pull us out of nuclear, we’d be more reliant on fossil fuels,” Booker said. “It’s as simple as that.”

That was the case in South Korea, where the government moved swiftly to shut down nuclear plants after the Fukushima disaster. Coal-fired generation hit a new high in 2018, though its share of the electricity mix fell 5 percentage points to about 37% in the first four months of this year as South Korean officials made a new push for renewables. Still, carbon dioxide emissions increased by an annual average of 2.3%.

Booker hopes new research into smaller, more efficient modular reactors could allay some of the concerns over existing plants. The upstart firm NuScale Power unveiled a design for a modular reactor that takes 1% of the space a conventional reactor, and could be buried deep underground. In July, the company announced plans to experiment with selling power to ratepayers in Utah. A dozen reactors, lined up like beer cans, could power an entire city and cost what the company estimates to be $3 billion to construct. The Department of Energy invested $300 million into NuScale. Booker’s plan earmarks $20 billion for next-generation nuclear research.

If we had a president who was going to pull us out of nuclear, we’d be more reliant on fossil fuels. It’s as simple as that. Sen. Cory Booker (D-N.J.)

But a heating planet raises some of nuclear power’s biggest risks. Nuclear reactors require 720 gallons of cooling water per megawatt-hour of electricity they produce ― a concern as water resources grow scarcer on a hotter planet, as HuffPost previously reported. The threat of violence increases in a heated world with depleted resources and unprecedented numbers of refugees, raising concerns of nuclear sabotage in terrorist attacks or war.

“From transportation, to storage, to waste that remains lethal for more than 100,000 years, nuclear plants pose numerous threats to our families and our communities,” said John Coequyt, the Sierra Club’s global climate policy director. “Meanwhile, clean energy from solar and wind is outcompeting dirty fuels and only getting cheaper, while new nuclear plants are outrageously expensive, over budget by billions, and economically failing.”

“Every day almost you see a new story, talking about how we’re not going to solve the problem of climate change without nuclear reactors,” Jaczko told WBUR this week. “And when I see those things I scratch my head and wonder if they’re talking about the same industry I’ve been familiar with, because I don’t see how nuclear power plants are going to solve that problem.”

Building new plants will be costly, and it’s not clear such an investment is a better deal than renewables that continue to grow cheaper. And Democratic presidential candidates, despite stark differences on new nuclear plants, are less clear on more pressing, wonky questions, said Jesse Jenkins, an energy systems engineer and professor at Princeton University. Those likely include whether candidates support state or federal subsidies to keep financially distressed nuclear plants open, or if they’d extend licenses up to 60 years on stations deemed safe.

“If you are taking this threat seriously, then you have to recognize that phasing out coal is priority No. 1, phasing out natural gas is the second challenge, and only after that is complete should we be thinking about our nuclear fleet,” Jenkins said. “The climate priority is crystal clear… and the math is pretty unforgiving.”

CORRECTION: An earlier version wrongly included a link to an article about a donation from Exxon Mobil Corp. to Third Way Foundation, which is not connected to Third Way. 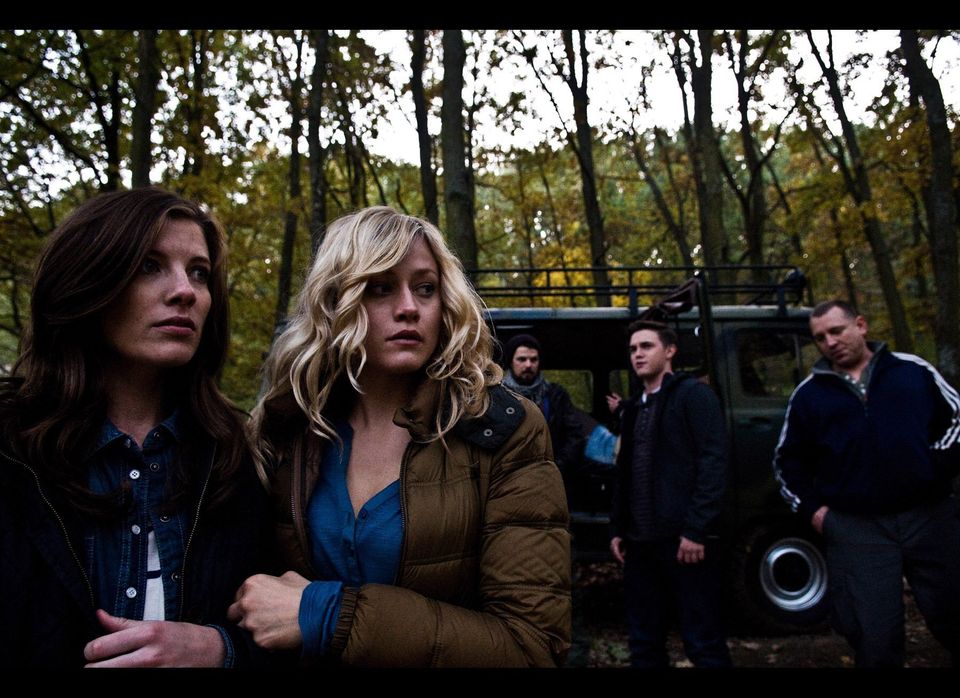