This just in: real-life hero and Newark mayor Cory Booker and real-life heart throb Ryan Gosling are about to team up to fight crime. At least they are in a comic book that is being written and drawn as we speak.

What started out as a joke between friends on Twitter is quickly becoming a reality, thanks to those friends suddenly realizing that their real-life super powers of writing and drawing could be put to use beyond 140 characters. Comedian Mike Drucker and cartoonist Corey Pandolph came up with the idea and then asked fellow comedian and friend Sean Crespo to join them in bringing the story to life.

As Drucker explains it, "People love famous heroes. Cops and firefighters do it every day, but there's a sense of over-the-top bravado when it's someone noteworthy like Ryan Gosling or Cory Booker. We wanted to capture that in a superhero comic. Okay, it's also fun to team up a movie star with the mayor of Newark. Captain Sully flies their plane. You get the idea. Put another way, it's a real-life Avengers comic."

So far, all we have is a delicious tease, the cover of the comic book. But from the looks of it, this is going to be good. The comic is expected to begin rolling out on Tumblr next week. 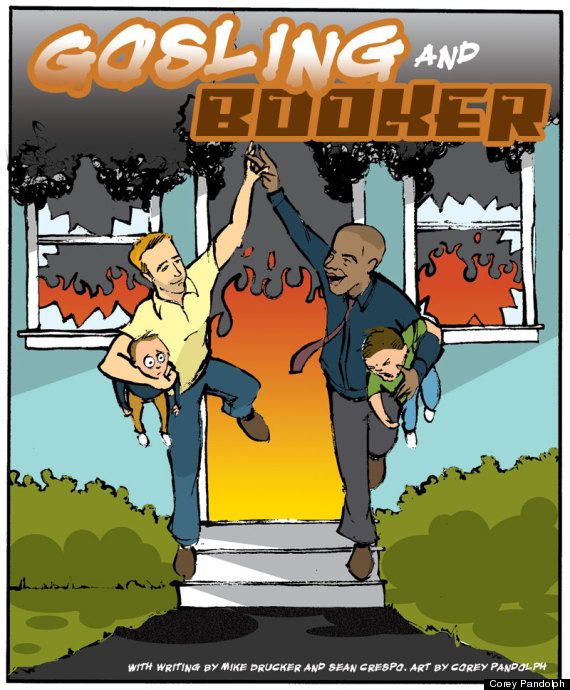