You may remember that about six months ago, scientists got all excited about the potential detection of ripples from the Big Bang -- direct evidence (if it were to be confirmed) for the event known as "cosmic inflation" (see e.g., "A Visit from the Big Bang"). What happened then was that a team of scientists analyzing data from the BICEP2 telescope at the South Pole (Figure 1) claimed to have detected "B-mode polarization" -- an imprint in the cosmic microwave background that could have been created by gravity waves resulting from cosmic inflation. 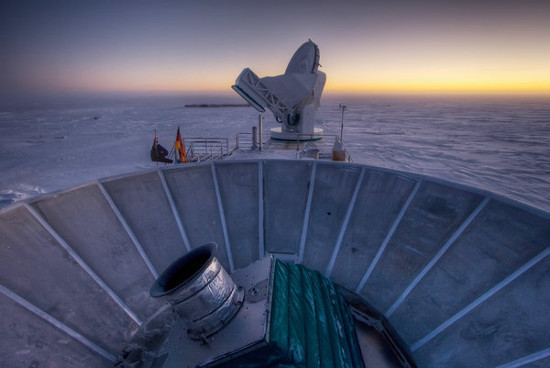 Figure 1. The BICEP2 telescope at the South Pole is in the foreground; in the background is the South Pole Telescope. (Credit: Steffen Richter/Associated Press.)

If that result were to hold, this would have undoubtedly been one of the most dramatic discoveries in decades. However, extraordinary claims require extraordinary proof, and a few scientists were quick to point out that dust in our own Milky Way galaxy could, at least in principle, produce a polarization signal similar to the one observed by the BICEP2 team.

Here is where the scientific method kicks in big time. Scientists knew that maps of the Galactic dust distribution from the Planck satellite, coupled to the determination of the polarization signal from this dust, would shed light on the question of whether what BICEP2 saw could indeed be coming from polarizing dust, rather than from the B-modes produced by inflation. The Planck team has now published its results, and those are not encouraging for the inflationary interpretation. At face value, the Planck results suggest that polarization by dust from the Milky Way could explain the signal detected by BICEP2 (Figure 2). 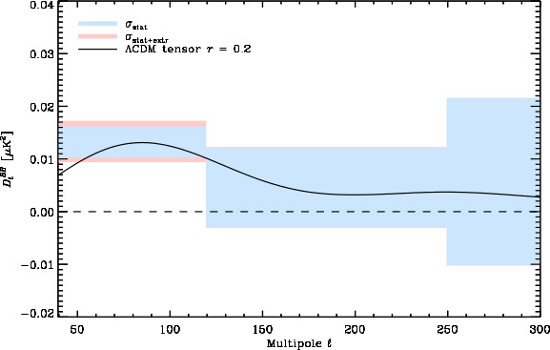 Figure 2. The black curve shows what one would see from gravity waves generated by cosmic inflation, if their strength were as stated in the original paper of the BICEP2 team. The light blue (and pink) areas show what the Planck satellite observes, and attributes to dust. The figure shows that the entire BICEP2 signal could be attributed to Galactic dust. (Credit: The Planck Collaboration, R. Adam et al. 2014; arXiv:1409.5738.)

The Plank team is careful to note that their results do not entirely rule out the possibility that BICEP2 did detect something from inflation, and the team's paper highlights the need to reduce the uncertainties through an ongoing, joint analysis of the data sets from both Planck and BICEP2. Moreover, new results are expected soon from the Keck Array experiment and those should further clarify the picture.

As disappointing as these new results may sound, they provide for a powerful demonstration of how science truly progresses. Advances in science are far from being a direct march to the truth. Rather, they consist of a zigzag path that often results in false starts or blind alleys. The important point, however, is that through continuous checks, testable predictions, and new observations, science is able to self-correct and find the right way.