Captain Francesco Schettino gained infamy in January after abandoning his cruise ship, the Costa Concordia, when it sank off the Tuscan island of Giglio in Italy. Schettino allegedly piloted the liner too close to shore as a "salute," which ended in disaster and the deaths of 32 people.

Dubbed "Captain Coward" by the press, Schettino has faced a wave of criticism over the tragedy, which cost him his job, and may result in charges of manslaughter, the Los Angeles Times reports.

But in an interview published Friday in the Italian daily Il Giornale, Schettino said his side of the story would be told, and it would vindicate him.

"All I read about me are indecent falsehoods," he said, according to ABC News, and "I will not be massacred by defaming lies." There is evidence, he claimed, that tells a completely different story.

"I'm writing a book and I will reveal what people don't want to come to light," Schettino said, according to The Telegraph.

For example, Schettino claims he only left the ship when he began to fear for his life.

"I found myself standing on a deck which was tilted at a 90 degree angle. We could no longer walk, we had no grip, and people less agile than me ended up falling overboard. But notwithstanding the water that was flooding into the bridge, I still continued to help passengers get on board the lifeboats that were shuttling to and from the shore."

"At that point I could have chosen to die by being crushed by the ship 20 metres from the shore," Schettino continued, "or take command of the lifeboat and attempt to get dozens of people to safety. I chose the second option. There are dozens of witnesses who will confirm this."

Schettino's interview comes after reports the former captain was in negotiations for two €50,000 interviews (about $63,600), as well as unconfirmed rumors that he had brokered a book deal with a U.S. publisher, The Independent writes.

Carlo Rienzi, the president of the Codacons consumer group that is leading a class action against the owners of the Concordia, told the newspaper that any money Schettino does earn will be fair game in the suit.

"Every euro Mr Schettino earns, we'll try take off him and give it to the survivors and families of those who've lost loved ones," Rienzi said. 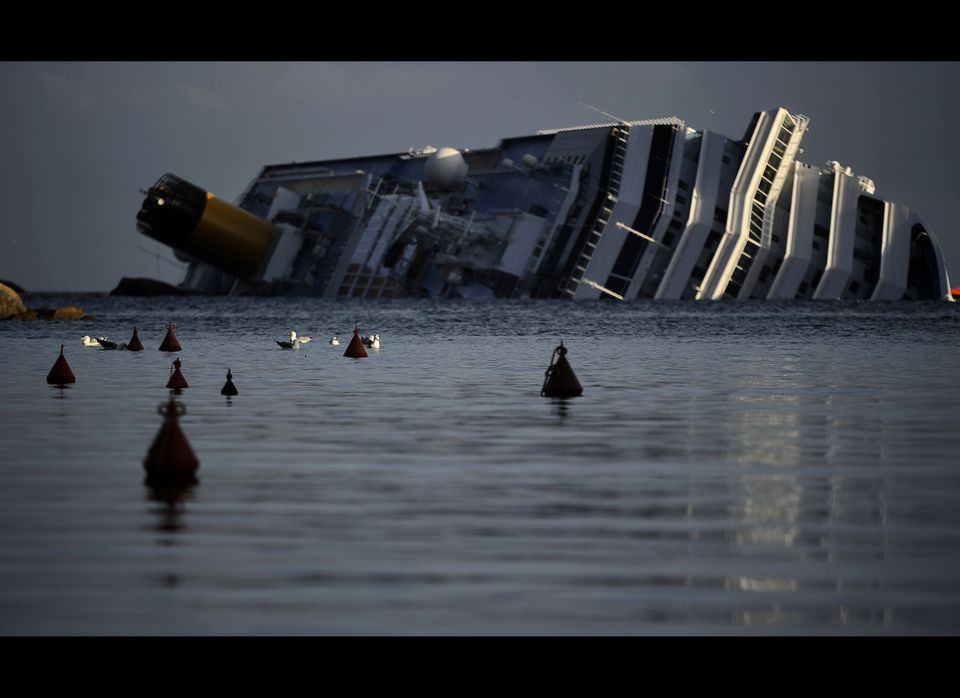 1 / 20
A view of the stricken luxury liner Costa Concordia off the Isola del Giglio on January 22, 2012. Italian rescuers again suspended their search today for 20 people still missing since the cruise liner capsized more than a week ago, and 12 people have been confirmed dead. (Getty)
Getty