Los Ticos are for real.

With two wins in its first two matches at the 2014 World Cup, Costa Rica has clinched a spot in the Round of 16 in Brazil. After shocking Uruguay in its opener, Costa Rica edged Italy 1-0 in a tense Group D clash at Arena Pernambuco in Recife on Friday.

The lone goal of the match came just before halftime when midfielder Bryan Ruiz got his head to a cross from Junior Diaz. The ball deflected off the crossbar and bounced down into the goal. Goal-line technology confirmed that the ball had crossed the line. The goal came just moments after Costa Rica felt it should have been awarded a penalty kick for an apparent foul on striker Joel Campbell in the Italy penalty area.

HT: #CRC lead #ITA 1-0 thanks to this brilliant goal as they get justice for the no-call just minutes earlier:http://t.co/mqO0UbMuhY

The result guaranteed Costa Rica a spot in the Round of 16 and eliminated England from contention. It also raised the stakes for the match between Italy and Uruguay on June 24. Both teams have one win (over England) and one loss (to Costa Rica) through two matches and can advance with a second win. Currently ahead on goal differential, Italy would advance to the Round of 16 if the teams should tie.

Costa Rica Edges Italy 1-0 To Clinch A Spot In World Cup Round Of 16 (VIDEO)
PHOTOS: Costa Rica vs. Italy 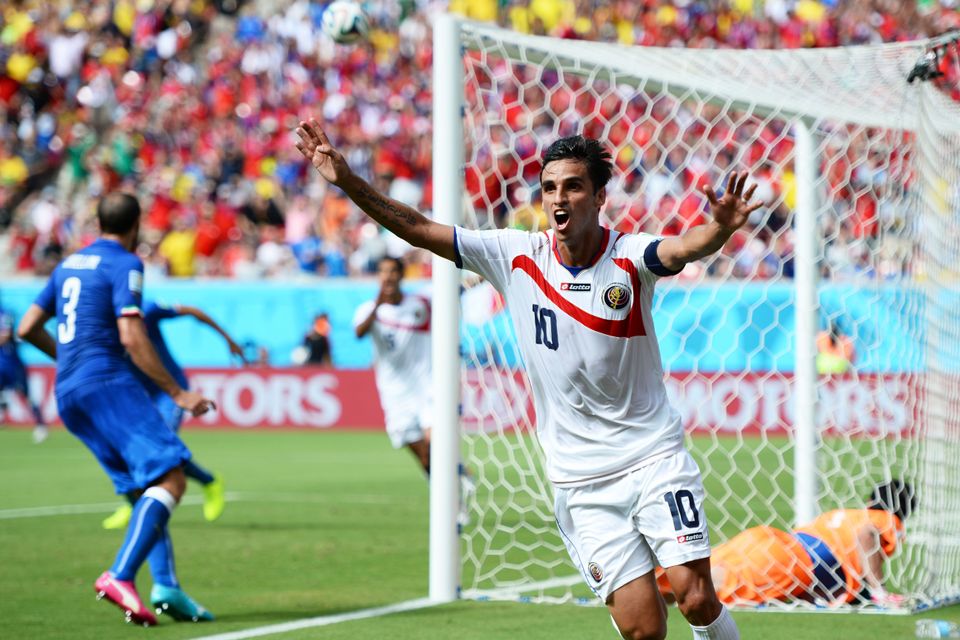