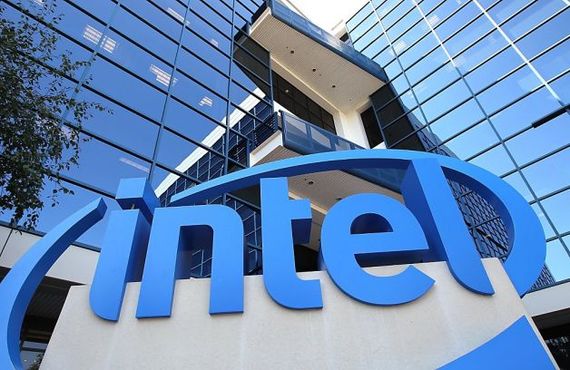 The recent decision by Intel to close its microprocessor assembly plant in Costa Rica has caused quite a storm over the past few weeks, in some ways souring the jubilant electoral victory of Luis Guillermo Solís of the PAC, which took place just 48 hours before the US tech giant's announcement. In all fairness, the decision was entirely out of the country's hands: Intel has been facing an ever more difficult global environment due to its failure to capitalize on the market for smartphone chipsets, one that is dominated by rivals such as Qualcomm, NVidia and Texas Instruments. Its attempts at slimming down its operations is therefore more of a reflection of its own struggles rather than a judgement call on Costa Rica's attractiveness as a high-tech production center. Still, the announcement has raised real concerns over the future of Costa Rica's economic model, one that since the mid-1990 has focused primarily on high-tech exports and of which Intel was the centerpiece. Can this model still work without it?

Less dependent than it looks

At first glance, Costa Rica's dependency on Intel is remarkable. According to data from the UN's International Trade Center (ITC), a whopping 21 percent of Costa Rica's exports in 2013 were microprocessors. In comparison, Costa Rica's two traditional exports, bananas and coffee (which dominated its trade in the pre-Intel era) together accounted for barely 10 percent. Furthermore, microprocessors contributed just over half of the total of Costa Rica's high-tech exports, the rest of which were composed primarily of medical equipment (13 percent of total exports) and other mostly IT-related electronic goods. On paper at least, the end of microprocessor assembly will instantly rob the country of a fifth of its exports if not more.

Yet to say this is a catastrophe is unfounded. First and foremost is the fact that Costa Rica's investment climate has not deteriorated at all because of Intel's decision, and 1,500 surplus engineers and technicians will be a prized asset for any company wishing to either set up or expand its presence in the country. A large complaint over the past few years has been that backward linkages between Intel and the rest of the economy have been less than ideal. This may have been a drawback, but it also means that the negative impact on other firms will be weaker once microchip production ceases. Furthermore, there is a tendency towards forgetting that services account for a large share of exports as well. Tourism is obviously the largest component but the second largest happens to be IT services at US$1.9 billion: around four-fifths as much as microprocessors themselves. It is telling that Intel's R&D and servicing facilities will remain in country, and economic policymakers would do well in leveraging its advantages in these sectors further; perhaps becoming a regional hub for business/IT services just as Panama is increasingly being for logistics and banking.

More important than just the trade side is the effect of Intel's closure on the external accounts as a whole. It is here where there is even less cause for concern. Even assuming that exports suffer a 20 percent-plus hit, this is partly offset by the high import requirements of microprocessor assembly which will fall too although admittedly at a smaller scale. Another category that will see significant changes is the income account, which is dominated by the large volume of profit outflows from foreign companies operating in Costa Rica: These reached over $800 million in 2013. With lower profits expected from Intel's much downsized operations, Costa Rica's structure income deficit could therefore improve somewhat over the next few years compared to what it would be if Intel had stayed.

Was Intel the main driver of GDP?

It is hard to argue that Intel was not an important source of GDP growth, but whether its absence will be catastrophic is difficult to affirm. Data here is less reliable than for the external accounts given that there is no actual breakdown of industries on the manufacturing side, but until 2004 Costa Rica published a separate monthly economic activity index (IMAE) with and without the high-technology sector. During 1997-2004, it can be seen that growth in economic activity averaged 5 percent overall, but just 4.2 percent without high-tech. It is also worth noting that fluctuations in the non-high tech IMAE were less volatile: although high-tech production boosted growth during good times, it acted as a drag on growth during bad times, notably during the dot-com crisis in 2000-01. A crude extrapolation of the effect of high-tech can be made through the IMAE data that excludes the free-trade zones, which include much of the high-tech sector. Between 1997 and 2013, overall IMAE growth averaged 4.8 percent versus 4.1 percent without the FTZs. This suggests that without high-tech, growth would have been somewhere around 4.4 percent. A loss of 0.3-0.4 percent of GDP over the next few years is hardly catastrophic, and it may well be less considering that Intel alone accounts for only part of this difference.

As for jobs, the 1,500 workers to be laid off represent an important share of Costa Rica's high-skilled workforce but in terms of the overall economy, it will make only a small dent on the overall unemployment rate, even when combining this with the other 1,500 layoffs at Bank of America's IT servicing center which were announced almost concurrently to Intel's (together this would add just 0.1 percentage points of unemployment). There are still dozens of IT-related firms operating in Costa Rica including large multinationals, and it is possible that a large, suddenly available pool of high-skilled workers could attract further investment and expansion by some of these firms, thereby reabsorbing the workers back into the labour force.

The dark side of Intel's legacy

We have it therefore that the country will not implode as a result of Intel's decision, although one should expect slightly slower growth while the economy rebalances and fills the void. However, it is perhaps time to revalue the full legacy of Costa Rica's push towards high-tech manufacturing. On one hand, it has help generate productive capacity in an industry that is on the edge of the technological frontier; nothing comparable existed before, nor is it present even in larger and more advanced countries like Brazil and Mexico. This industry helped the country wean itself off its traditional dependency on agricultural goods exports, and offered a source for employment for thousands of qualified Costa Ricans, which would have either worked in jobs far below their skill levels or emigrated abroad.

The problem, however, was that the focus on high-tech effectively created a dual economy since the spillovers to the rest of the domestic economy were never particularly strong. On one hand was a vibrant, highly productive, export-oriented sector working at the cutting edge of technology. On the other hand was a mass of unproductive, mostly service-related firms with little or no export prospects. These ultimately accounted for the bulk of employment. Understanding why Costa Rica was nearly alone in the region seeing inequality stagnate during the pre-crisis "golden era" (and despite an impressive 6 percent average GDP growth) involves understanding this duality: it focused too hard on a sector that was poised to only benefit a high-skilled elite, and it became impossible to create the necessary backward linkages to the rest of the economy when intermediate levels of the value chain had never existed. This is what happens when you jump from exporting coffee and bananas to microchips virtually overnight, and it is not surprising therefore why those Latin American countries that benefitted from the commodity boom (hardly a skill-intensive sector) or less advanced forms of manufacturing have seen inequality fall sharply instead.

The impending inauguration of a new government from a party that has never ruled before could perhaps offer some hope that Costa Rica's economic model may be reimagined to some extent. This would involve not just attracting more high-tech investment (which is sure to follow), but developing the country's productive capacity in less-skilled sectors that could hopefully raise productivity across the board. Without policies to reduce this economic duality, the dreams of many Costa Ricans to see a return to the more egalitarian society that it was before Intel arrived are unlikely to materialize.