Costco just unveiled a new menu for its food court and one change isn’t going over well on social media.

The retailer still offers its famous $1.50 deal for a hot dog and a fountain soda, but the Polish dog combo ― also with a soda, and for the same price ― has been banished.

The change is part of a food court makeover that includes the addition of a burger, an acai bowl and a meatless al pastor salad that even the company’s chief executive doesn’t seem too enthusiastic about.

“This new plant-based protein salad, I know that excites you,” Craig Jelinek told shareholders earlier this year, according to the Seattle Times. “But it is healthy. And, uh, actually, it tastes pretty good, if you like those kind of things. I tried it once.”

But it’s the exile of the Polish sausage that has put the company in the doghouse with some customers. While it’s still available to buy in bulk and make at home, the faithful are decrying the decision to ditch the dog from the food court. Some have posted complaints on the company’s Facebook page ― even on posts about cars and bottled water ― while others have taken to Twitter, in some cases using the #SaveThePolishDog hashtag:

I'm completely and utterly speechless. Every part of me feels betrayed. This is not my America. #SaveThePolishDog https://t.co/IaPoRocqBi

I really try to avoid political talk on social media, but something has to be said. I'm going to use my voice to enact change. I understand if you unfollow me, but I can't have my kids grow up believing I stood by silently and did nothing. @Costco BRING BACK THE POLISH DOGS! pic.twitter.com/ox6sgLAhax

"I'd rather have an acai bowl than the polish dog", said no one with functioning taste buds#Costco#PolishDog

Finding out that Costco is removing the polish dog off the menu 😭😭😭 https://t.co/4W1HGaHqcX

Fact: no one who shops at @Costco wants an açaí fruit bowl instead of a Polish hot dog.

You are ruining my life. I don’t want to buy polish dogs in bulk I want to buy one as I walk out the door. Why are you doing this.

Hey @Costco if I wanted a healthier vegan friendly option I wouldn’t be at your food court... I go to costco just for your hotdog lunch some days #SaveThePolishDog

Hey @Costco, any way we could skip the acai bowls or whatever super food garbage you're adding and keep the polish dog? If you have to replace something get rid of those nasty chicken bake things. #SaveThePolishDog

#SaveThePolishDog @Costco who the H-E-Double Hockey Sticks do you think you are-getting rid of the polish dog? What's next? The Soda machine?

So if Costco is cutting their Polish hot dogs out in favor of "more healthy and vegan options," does that mean the stuff they sell in the store will be more healthy, too? A place that sells gallon jugs of mayonnaise can't really get on a high horse about healthy options.

The Costco Polish hot dog is being removed for an ACAÍ BOWL?!?
I can’t take more of 2018. https://t.co/GZyhKKLcsn

Come on #Costco please please please #SaveThePolishDog. It doesn't take up that much room. Just cook them at the same time as the beef dog. I promise to have the acai bowl bowl for dessert. 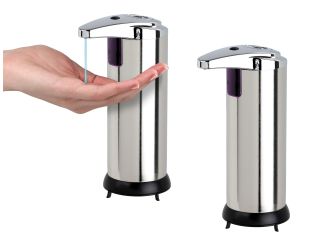