Two decades have passed since Rednex released "Cotton Eye Joe," the earworm from Europe that swept across the Atlantic to infect our airwaves in the winter of 1995. It peaked at number 25 on Billboard charts that May, but remains trending at sports arenas and weddings across the nation today.

Its lyrics present an unsolved puzzle. We are certain that, had it not been for Cotton-Eyed Joe, the narrator would have been married a long time ago. And yet questions remain: Where did Joe come from? And, perhaps more important, where did he go?

The Huffington Post launched an investigation into these queries and scrounged up some answers. But also one uncomfortable truth, which becomes increasingly plain the more we actively listen: "Cotton Eye Joe" is a song about slavery. Here's what we found.

Rednex, a Swedish house music group peculiarly obsessed with American folk and bluegrass, dusted off the tune and massaged it into the global dance hit it is today. But "Cotton Eye Joe," or "Cotton-Eyed Joe," was popular throughout the American South over a century and a half before that. Its lyrics might have changed somewhat over the decades as the tune passed from fiddle to fiddle, but they all stem from the same roots.

According to Dorothy Scarborough, Texas-born folklorist, the ballad is "an authentic slavery-time song," predating the Civil War. In her history On The Trail Of Negro Folk Songs, published in 1925, she explains:

The air and some of the words were given by my sister, Mrs. George Scarborough, as learned from the Negroes on a plantation in Texas, and other parts by an old man in Louisiana, who sang it to the same tune. He said he had known it from his earliest childhood and had heard the slaves sing it on plantations.

The version Scarborough documents includes outrageous descriptions of Joe as a man who ran away with a pretty black woman whom the narrator loved. Joe's "teeth was out," "nose was flat" and "eyes was crossed," the narrator sings, painting a cringeworthy caricature by today's standards.

Another lyric states Joe "was de n*g dat sarved me so" -- and here's where we get a glimpse at who the narrator might be. If taken as "served" (and there are other examples of "sarve" used in place of "serve"), Joe is probably the narrator's slave. Alternatively, if the line was meant as a twist on "serve me right" -- with the narrator suggesting, perhaps, he might have prevented Joe and the woman from leaving together -- Joe and the narrator may have simply known each other, most likely as fellow slaves. The song, then, either tells the story of a man whose runaway slave stole the woman he'd presumably planned to marry, or the story of another slave whose friend betrayed him.

In both cases, Joe comes from the Deep South during a shameful period in American history. As for where he went, Joe, apparently, "hoodooed" or bewitched the woman "to Tennessee." Mystery solved -- except that's not where this tale ends. The tune evolved from its antebellum days as its popularity endured. (In an 1884 copy of The Fireman's Magazine, it's mentioned as a song a fiddler knew well.)

At some point, a different story than the one Scarborough published emerged. "Way down yonder a long time ago / Daddy worked a man called Cotton-Eyed Joe," the lyrics go, presenting Joe as either a slave or a field hand to, in all likelihood, a white narrator. Some anthologies we read provided one surprisingly dark expository detail -- Joe had made a fiddle out of his dead son's coffin.

Sometimes several of those traits converged at once -- as in the rendition documented by black folklorist Thomas Talley, a child of former slaves -- presenting an interesting twist on the alleged slave song's earliest known lyrics by muddling Joe's identity even further.

Even his nickname -- "cotton-eyed" -- contains a variety of possible meanings. According to an Internet folk song database and various anthologies, Joe could have cataracts, trachoma, or syphilis. He could've been blinded by homemade alcohol. The whites of his eyes could have simply been prominent on his face, especially in contrast with dark skin. Joe's eyes are as enigmatic as the rest of him.

When Rednex got ahold of the tune, though, they came up with just a slightly modernized version of the song's slave-owner narrative. It adds a female voice; she sings about being entranced by the mysterious fiddler: "He rode through the fields so / Handsome and strong." But as told in so many other iterations of the song, Joe still came from some Deep South place, leaving to repeat his pied piper act in the next town, probably.

The Swedish pop group is a hilariously awful slice of pop music history. It made a global name for itself by fetishizing the American South -- each member of the group went by a stage name, including Mary Joe, Ken Tacky, Billy Ray, Bobby Sue and Mup. In a bizarre 1995 MTV interview, one member claims the group "brought a big sack of goat s**t to put [gestures to her clothing]."

The group is, notably, white, as are the Germans who roleplay as Native Americans as part of their longtime love for the Western adventure novels of Karl May. Such a spectacle looks terribly naive to those of us on this side of the Atlantic, much like the image of Swedish kids leaping around onstage in cowboy boots and goat manure. The difference, however, seems to lie in fans' knowledge of actual cultural history -- some of May's followers take pride in pointing out the inaccuracies in his work.

Rednex, on the other hand, quite clearly exists for shallow amusement. And it's a bit strange to see wedding parties jive to a song that once belonged to black slaves -- or, as it evolved, a song for white guys about a black fiddler who stole their women. Indeed, many of the musicians whose "Cotton-Eyed Joe" recordings survive, from Dykes' Magic City Trio to Bob Wills, along with the authors of folk songbooks available today, are white men.

Like any oral tradition, the tale of the mysterious fiddler was passed from hand to hand, each one smudging it with fingerprints. And while "Cotton-Eyed Joe" may have come from the South years ago, he doesn't seem to be leaving playlists anytime soon.

PHOTO GALLERY
13 Commonly Misheard Song Lyrics That Are Way Funnier Than The Real Ones
Download
Calling all HuffPost superfans!
Sign up for membership to become a founding member and help shape HuffPost's next chapter
Join HuffPost

Cotton-Eyed Joe: Where Did He Come From, Where Did He Go?
13 Commonly Misheard Song Lyrics That Are Way Funnier Than The Real Ones 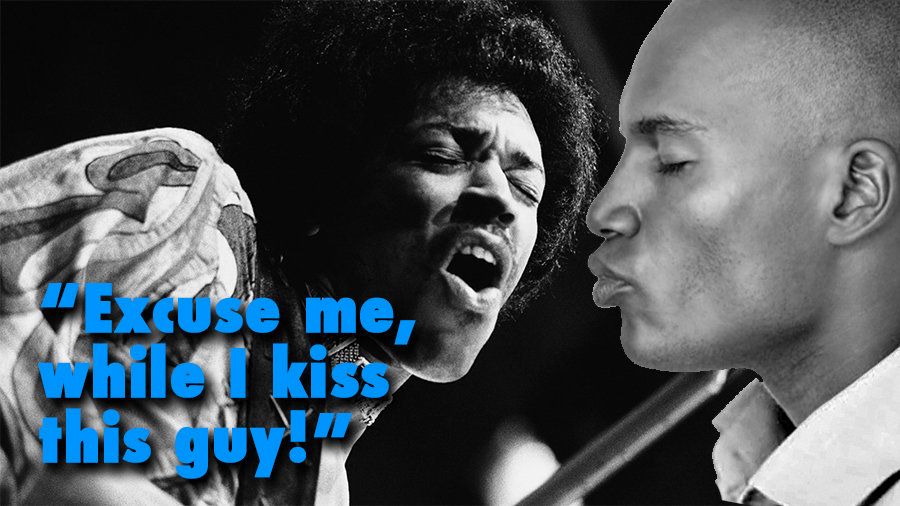