Large carnivores have been declining in North America since the arrival of the first European settlers. The ranges of these species contracted drastically as human civilization advanced farther across the continent. Now, animals like the grizzly bear, gray wolf, wolverine, and lynx survive primarily in the extreme northern regions of the continent, and in rugged wilderness areas in the western mountains.

Other large carnivores, like the black bear, have fared substantially better, yet still represent special management problems. However, the long-term prospects for large carnivores throughout North America are poor and many of these species likely remain on a long-term decline toward extinction. British Columbia (BC) is among the last strongholds of these top predators.

The province holds extensive tracts of large carnivore habitat in remote, rugged places that have experienced relatively limited human impact. These wildlands provide core areas of vital ground for all indigenous wide-ranging carnivores, including cougars. This habitat core sustained a full compliment of indigenous large carnivores while they vanished from much of their original range in North America.

Beautiful and mysterious, cougars have persisted against countless and unrelenting threats to retain a substantial foothold in BC. Blessed with abundant wilderness and established cougar populations, BC provides an unparalleled opportunity for the conservation of these big cats. In contrast with many other North American jurisdictions, the province provides a large geographic area and low human density. Importantly, from a conservation perspective, most cougar habitat in BC occurs on public land rather than on private land. 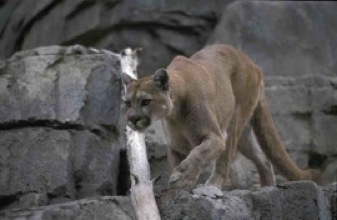 Despite this conservation promise, cougars in BC face many problems. They have been subjected, historically and currently, to exploitation and persecution by humans via trophy hunting and lethal predator control. At present, the BC government, which is responsible for cougar conservation, lacks sufficient ecological data and a contemporary or comprehensive conservation strategy. In addition, current provincial policies are inadequate to protect cougar populations in the long term or ensure the welfare of individuals that constitute the population.

Meanwhile, threats are intensifying as human land-use activity is rapidly modifying cougar habitat from its original form in which cougars and their prey co-evolved. Cougar conservation in BC must be considered within a worldwide context. Our planet is experiencing an ecological crisis in which biodiversity is rapidly being lost. Globally, many felids (members of the cat family) are categorized as vulnerable or endangered. Likewise, humans have caused the extirpation of other large carnivores across continents, including North America.

"At present, provincial laws, regulations, and practices for conserving and managing cougars, fail to address the very real and growing threats to survival cougars now face. In our assessment, we concluded that the government cannot make thoughtful decisions about the future of cougars in BC until three critical gaps are closed: the gap in the scientific understanding of cougar ecology, the gap in the BC government's ability to conserve cougars without knowing how many there are, and the lack of an ethical framework to inform decisions. Only when these gaps are closed can the province begin to determine if cougars can be managed safely and prudently," according to Paquet, who has studied cougars for 25 years (and large carnivores for 40 years).

We consider our efforts as a race against time. Clearly, the best time for ensuring the conservation of cougars is while viable populations and connected habitat still exist. If we are to maintain -- and ultimately push back -- the geographic line of cougar extirpation, difficult decisions on land use and wildlife management will be required.

"Conservation and management of BC cougars ought to consider commonly held ethical values of British Columbians regarding biodiversity conservation and the welfare of individual cougars," states Wainwright.

As with other large carnivores in the province, the ecological and ethical issues regarding the trophy hunting of cougars must also be addressed.

"While our review of cougar management argues for increased caution, a deeper question emerged. That is, why should this magnificent animal be hunted at all? The recreational hunting of cougars does not 'feed families'; they are killed for sport and trophy," asserts Darimont.

Lasting success will come from securing the spatial and cultural integration of conservation goals throughout BC. Inevitably, this means a less intensive and extensive human footprint in parts of the province. This can only be brought about by changing public values and institutional attitudes, combined with better scientific understanding of cougar populations and habitat requirements. Otherwise, cougars will not survive.

As Paquet and Darimont expressed in their seminal 2010 paper for the journal Animal Welfare, "...unintentional and selective moral disengagement has allowed individuals and society to pursue practices harmful to wildlife without the restraint of self-censure. We do this by investing ecologically-harmful practices with worthy purposes through social, national, and economic justifications. Accepting this discomforting possibility represents a challenge that few people, including conservation and animal welfare scientists, have been willing to confront."