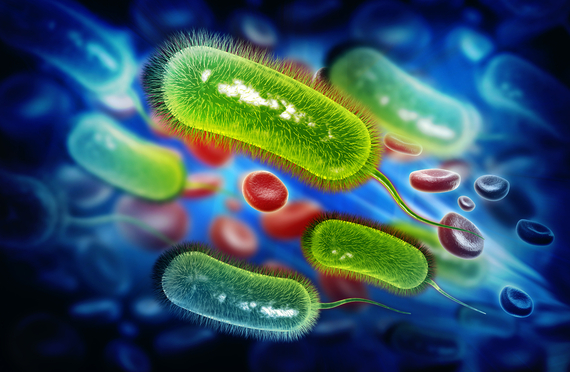 We are in the earliest days of understanding the human microbiome -- the communities of microbes that live in and on our bodies -- but already scientists are getting a sense of the incredible complexity of this ecosystem and its interaction with us. These advances were made possible just in the past decade by the latest DNA sequencers and other technologies that can scan and analyze huge numbers of microbes at a time. This understanding may enable radical new techniques for weight control, among other revolutionary implications.

You may have heard this statistic about the number of cells in your body: for every human cell, there are an estimated 10 bacterial cells, making you approximately 10 percent human. But you probably haven't heard this one: for every human gene in your body, there are at least 100 bacterial genes, making you less than 1 percent human. In short, we may play only a bit part in the global function of ourselves.

For example: did you know that you've been taking heavy-duty antibiotics virtually every day of your life? That may seem incredible to those of us who steer clear of Z-Paks, but new studies reveal that it's true. Michael Fischbach, a scientist at the University of California, San Francisco, has turned his attention to the biological products microbes are contributing to their human environment. As it turns out, many of these microbes are synthesizing molecules and releasing them into our gut or any other part of our body they colonize. Scientists don't yet know what all of these molecules do, but Fischbach's analysis shows that many of them are antibiotics -- essentially, each microbe's attempt to control the populations of competing microbes around it.

That shouldn't come as a surprise, since studies of other environments have taught us that microbes are in a constant arms race against each other. But it's something we have not yet appreciated about our own systems, and presents a confounding variable in dealing with infections. It also points to a new factor in the battle against drug-resistant bacteria: if the antibiotics we use, most of which were originally derived from natural sources, are close enough to the compounds produced by bacteria living in us, that could mean our existing ecosystems have already developed resistance to those drugs. Fischbach's work suggests that introducing a new antibiotic to a system already teeming with antibiotics could be a far more complicated situation than we have ever suspected. 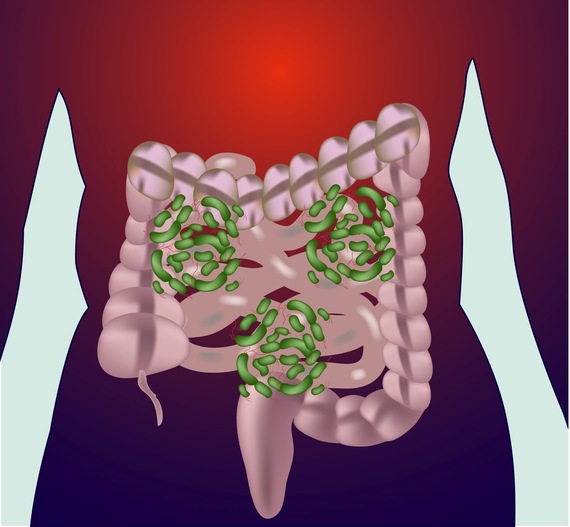 Studies of the microbiome have yielded new insight in other areas, such as obesity. Rob Knight, a scientist at the University of California, San Diego, has done extensive work on microbial communities in people, comparing populations by age, geography and other factors. In a recent presentation, he reported on the hunt for genetic markers linked to obesity. While human genes have never been much more accurate than a coin flip in distinguishing whether a person is lean or obese, Knight said, his team has determined that microbiome patterns can make that same prediction with 90 percent accuracy.

A favorite axiom among scientists is that correlation does not imply causation, so Knight's finding could simply mean that people develop a different microbiome once they become obese. But that doesn't appear to be the case. Tests in mice suggest that changing the microbiome pattern in a lean mouse to one associated with obesity will actually make the mouse obese. In theory, this could pave the way for a microbiome transplant that would replace an obese person's microbial community with that of a lean person to allow them to control their weight. Related techniques are already used in patients with a particularly troublesome gut bacterial infection.

Around the world, scientists are delving into the microbiome to figure out how it's affected by our diet, the infections we have, the drugs we take -- and how, in turn, the microbiome is affecting us. Even these early studies prove that our microbiomes have tremendous impact on our health. In the future, the microbiome may be looked at as an organ we never knew we had.