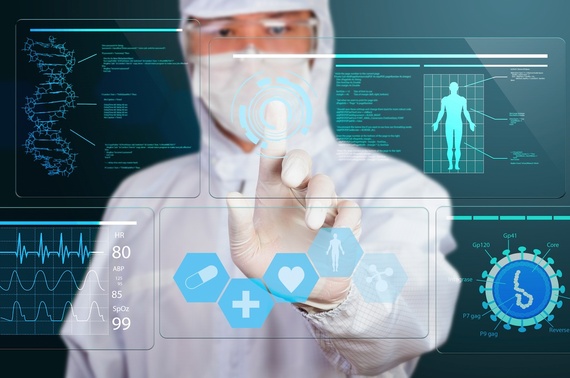 Medicine is an oral science. People talk to doctors about their problems. Doctors listen and ask questions. Doctors tell the patient's story to other doctors to share information and gain new ideas. Doctors and nurses talk about a patient's progress. They talk to social workers and physical therapists and all sorts of experts who can help solve the patient's problems and improve their health care.

The electronic medical record has killed the oral science. Doctors now hunt and peck for the information to share. Nurses stare at screens, taking half an hour to enter data, something that used to take three minutes. As far as I can see, everyone in health care hates the new quantified medical record except the insurance companies. There are hundreds of editorials by doctors documenting the fact that Electronic Medical Records are a source of huge frustration because of the excessive amount of physician time involved in data entry, time that could be spent with patients. [1, 2, 3, 4, 5, 6]

Apple's Siri, IBM's Watson and their relatives could solve this. Here is an example. (Let's call the software Siri, just to keep things simple.)

"Siri, I would like to admit Ms. Jones to the hospital for her knee replacement."
"Sure, Dr. Stone. Shall I use your pre-op order set?"
"Yes."
"Tell me the medications she is on." After I speak the medications' names, this version of Siri might ask, "Okay, let's be sure to let her cardiologist know to adjust her blood thinners a few days before surgery. And by the way, the medication she is on has been recalled and this alternative is recommended."

You can see how this could go. Artificial Intelligence has long since solved these highly formulaic situations and could prompt doctors to be better at their jobs. [7, 8, 9] Medical staff would never have to waste precious time looking through a dozen menus and screens of unrelated information.

The nurses could dictate their findings on their rounds and, through Siri, a message could notify the doctor if a wound is not looking right. The patients could tell Siri their medical history before coming to the office and then the doctor could review it with them and fill in the color the patient didn't think of.

The point is, we can all talk. We just can't type and hunt and peck efficiently. And "Siri" could both listen and add the information we may never have even learned in medical school, making both the patient and the doctor smarter.

And even the big insurance companies might love it, as the medical record could actually be accurate instead of a cut and paste job from pre-done records. Not to mention that Siri could prompt the doctor to consider a less expensive alternative to a drug, a dressing or a therapy. With just conversation, all doctors could have the knowledge base of supercomputers to make their differential diagnoses. So, shall we all talk to each other again?