When I first started seeing my acupuncturist several months ago, she asked me about my sleep hygiene - a term I’d never heard of. This Eastern practitioner wanted to know if I was taking the time to get ready for bed each night? Get ready for bed? Who has the time? To my horror, I found out that this included turning off all electronics after a certain hour and not allowing any into my bedroom after say 8 p.m. I’m guilty of being on my laptop or iPad until right before I go to bed. Apparently, my sleep hygiene was terrible and it was time to do something about it. In fact, sleep hygiene was not anything I had ever considered or even accounted for. Some people claim to get better sleep if they take a hot bath or shower before bed. Others drink chamomile tea. Both of these practices have been suggested to me by a massage therapist. A former boss, who also happens to be a Doctor of Eastern Medicine, got everyone in the office taking a product called Calms Forte, a natural sleep aid which contains chamomile among other ingredients. Now I won’t go to bed without it.

I’ve been hyper aware of my sleep for the past year, namely because I seem to be entering into peri-menopause and my sleep hasn’t been as good as it can be. While I fall asleep seemingly okay, I wake up several times during the night - something that hasn’t before plagued me. While the culprit is likely to be hormones, I’m doing everything I can to get to sleep and stay asleep and I admit it isn’t always easy. For a while I was taking melatonin. A former medical Doctor suggested I take it if I needed to re-set my internal clock which is what pilots use it for. I find that sometimes it works well and other times it doesn’t. My doctor’s suggestion was to take it if I was traveling internationally and I have to admit it did the job when I was and I didn’t suffer from jet lag which I found to be amazing.

The reason I’m so hyper vigilant about getting a decent night’s sleep is because I have to. I suffer from a chemical imbalance where if I don’t get a full night’s sleep I can get seriously ill. Ten years ago, I went off my medication and I couldn’t sleep for a week. The outcome was seriously unpleasant and dangerous: I became psychotic. Even if you don’t have the same kind of imbalance that I do, not getting enough sleep, and having extended periods of insomnia can be very dangerous. Even an otherwise sane person could go insane if they are kept from sleeping.

After 24 hours of sleep deprivation, healthy individuals can show symptoms of psychosis similar to those observed in schizophrenia, new research shows. If you think getting a good night’s sleep is important, you aren’t kidding. The truth is, Americans aren’t getting enough sleep and this is documented in Arianna Huffington’s new book, The Sleep Revolution. Many people feel that sleep is a luxury they can do without. The truth is, this just isn’t so. We need our sleep. People who are sleep deprived are more prone to getting into accidents of all kinds. It has been discovered that when people don’t get enough sleep, they tend to eat more. The truth is, we are putting ourselves in harm’s way when we aren’t getting enough sleep, period. If we switched our priorities, and put sleep at the top of the list, we would be happier, healthier and more productive human beings. We aren’t feeding our brains when we’re getting by with just a few hours of sleep per night. In fact, when we’re doing this, we’re depriving our brains and our bodies of reaching our maximum potential. If you want to thrive, the bottom line is: you need to sleep.

If you’re anything like me, I’m guessing that the concept of sleep hygiene may not be something you’re familiar with. As good Americans, we like to watch our TV shows and some of us fall asleep while the TV is on and what’s on the screen merges with our dreams. Unfortunately, this isn’t a healthy practice if we want to get the best sleep possible. Sometimes we need someone like an acupuncturist or a professional with more of an Eastern bent to get us thinking about winding down before bed and taking our sleep more seriously. Maybe meditation before tucking in would help you catch more and better z’s? While it may seem radical to only allow sleep in the bedroom and not make way for electronic devices, what if we took baby steps? What if we turned the TV off at 8:00 p.m. and made a cup of chamomile tea? Chamomile has relaxing properties and it can only help. What if we start getting ready for bed an hour before we’re ready to turn in and burn some soothing aromatherapy oil? Perhaps, switching gears really can make a difference? Are you ready to make sleep a priority? Join us in being part of the sleep revolution. 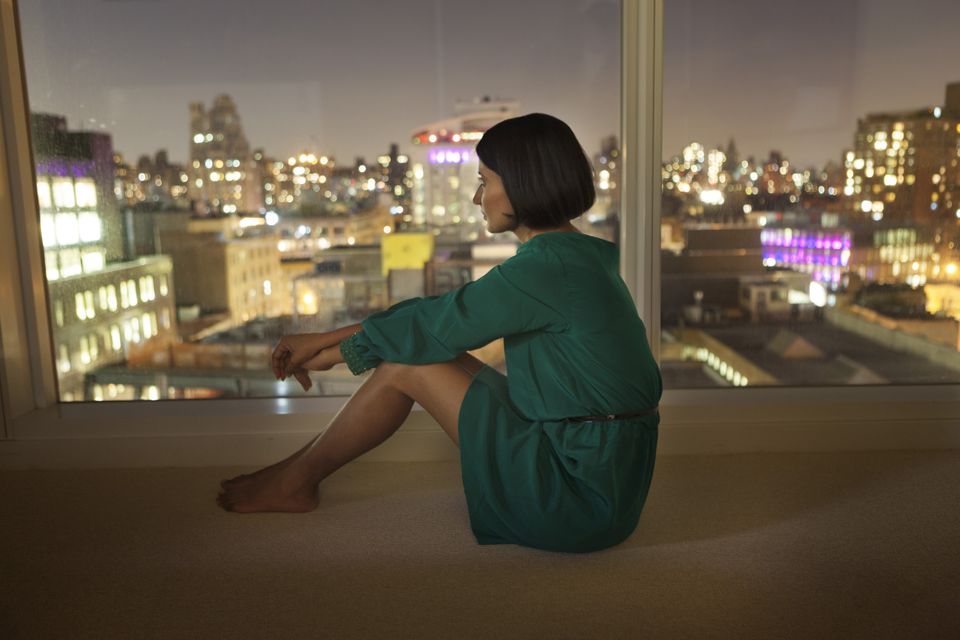 Sarah is a writer, actress and mental health advocate living in Seattle