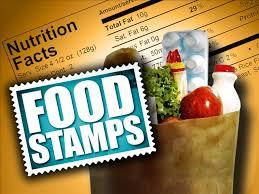 According to the National Institute of Diabetes and Digestive and Kidney Diseases, obesity is defined as excess amount of body weight that may come from muscles, bone, fat, and water. Most often, however, obesity is the medical term used to refer to someone who has excessive fat on their body.

Rather we as Americans choose to admit it or not we are in a health crisis. Two in three adults are by definition considered to be overweight or obese and 1 in 20 adults are extremely obese. While it is possible that genetic make-up could determine just how fast and easily you put on weight it is not the only leading cause of obesity.

According to medical journals the human body needs a certain amount of calories in order to function properly. On average your body weight overall does not change as long as the numbers you take in equal the number of calories you born in physical activity. The odds of being healthy are actually in your favor. The problem comes in when you choose to not only eat healthy but you neglect daily exercise that will aid you in burning those calories you had taken in throughout the day. Inactivity is the enemy to your health.

While there is no single cause that points to exactly why so many Americans struggle with obesity a recent study has left many individuals in awe. The United Sates Department of Agricultural reviewed numerous statistics from 2007-2010 in order to identify pertinent information in the Supplemental Nutrition Assistance Program and found that those who use food stamps have a higher likelihood of becoming obese than those who do not use the food stamp program.

To be exact it was reported that 40% of the individuals on the food stamp program are obese. This study comes just months after many political figures in the Republican party were criticized for attempting to make receiving food stamps a much harder process.

Earlier this month North Carolina law officials implemented a brand new food stamp policy that will force those who want to continue to receiving their benefits to either work, volunteer or enroll in classes for at least 20 hours each week. This new policy is an attempt to get North Carolina food stamp recipients to get moving and be active.

In addition to upgraded food stamp policies several companies have begun to design new products that work to curb hunger including one product called CBD Oil, which promotes that it has the ability to help individuals consume less food for longer periods of time.

So perhaps we can't totally place the blame the food stamp program for America's obesity program but maybe we should promote the Let's Moving Program in the same underprivileged areas we often promote government assistance in. We have nothing to lose but everything to gain.