The federal highway transportation bill congress passed earlier this month was touted by some as a post-Boehner, bipartisan compromise. But it wasn't long before the bill was criticized as anemic and a missed opportunity to go big.

The bill, while representing a substantial investment in the maintenance of the nation's roads, bridges and highways, nevertheless fails to increase funding for long-overdue new projects and a badly needed overhaul of America's decaying infrastructure. Some say our infrastructure is taking on an increasingly "quaint" appearance compared to airports and transportation systems abroad--even in developing countries.

President Obama expressed qualified enthusiasm about the deal reached between Democrats and the Republican majority in the House of Representatives, minus its so-called "Freedom Caucus" of ultra-right conservatives. The president said during the bill's signing ceremony at the White House that congress could have brought down an already low unemployment rate of 5.4 percent to a historic rate a full point lower.

Yet the earnest bipartisanship underpinning this year's transportation bill deserves some applause. Only a few days before it passed, anything other than a stopgap, three-month funding bill seemed impossible. But the good-not-great compromise of 2015 stands in stark contrast to the wholly uncompromising, hyper-partisan stalemate that has existed between the legislative and executive branches for six long years.

We'll never know if the president was right that increasing a $325 billion federal transportation budget would have created enough construction-related jobs to plunge the unemployment rate all the way down to 4.4 percent. That ship has sailed and won't be back in port for at least three years when a new transportation bill could come up for another congressional vote.

But there may still be a way to get on board with the president's idea of chipping away further at that jobless number. Filling the need for more workers in one particular profession might not directly bring the unemployment number down another whole point, but because the real estate industry impacts so many facets of the economy NOT filling the increasingly desperate need for real estate appraisers could have a ripple effect that, while not likely to cause another Great Recession, could do real damage to the recovery in some regions of the country, say experts.

One state is already feeling the real estate appraiser-shortage pinch, even though starting pay is around $50k on the low side according to federal government surveys. The upper end of the appraiser pay scale is squarely in the low six figures.

Real Estate Appraisal Times Double in Colorado
Real estate appraisers perform an essential role in every property sale or refinancing transaction, yet new appraisers entering the profession are becoming harder and harder to find, according to Dave Vancellette, cofounder of Transcontinental Valuations, Inc.

"Currently the shortage of skilled appraisers who are available for the number of real estate transactions happening in Colorado has doubled the number of days it takes to get an appraisal," says Vancellette.

As with most market disruptions, the challenge in Colorado is a simple case of supply and demand. A vibrant real estate recovery there means there is high demand for appraisals. However appraisers are in short supply there. Analysts at TCV and other experts in the real estate valuations field are researching the situation there hoping to identify the precise cause of Colorado's appraiser scarcity.

But according to Vancellette, even if Colorado's situation is unique to that particular region at this particular time, costly lag-times in closing escrow caused by the state's shortage of qualified appraisers should worry buyers, sellers, lenders, and a whole host of ancillary businesses and professions supported by the real estate industry elsewhere.

In other words, Colorado's current appraiser crunch may be turn out to be a unique circumstance, but it serves as a case study in what will happen elsewhere if new appraisers don't enter the profession soon.

"There couldn't be a better time to start studying to become a real estate appraiser," Vancellette says. 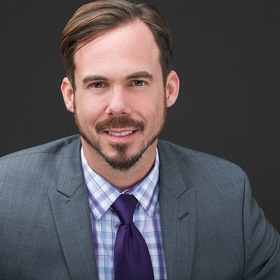 Just how much longer does it take to get a property appraised in Colorado nowadays than it used to because there aren't enough appraiser to match the uptick in the state's real estate marketplace? According to Vancellette, what was once a five- to seven-day appraisal window has swollen to a 10-day or 15-day period now.

"When we're talking about ten or fifteen days, we're talking business days," he says. "That can turn into almost a month. In that time, rate locks could go away."

What's worse according to him, is that instead of growing the nationwide pool of real estate appraisers, regulatory pressures and forces within the appraisal profession itself may actually be exacerbating the dearth of appraisers for the foreseeable future.

The shrinking supply of skilled real estate appraisers and barely a trickle in the pipeline of new apprentices entering the field presents an opportunity for recent college graduates and anyone with the requisite analytical, organizational and self-starter abilities necessary to succeed in the valuations field. It's a career with earning potential ranging from $50-100k. But before getting too excited, would-be appraisers should understand the hurdles that must be cleared first.

Lucrative, but Challenging Career to Enter
"It's harder to become an appraiser today," explains Vancellette. "A lot of younger people are not seeing appraising as a great career path because the deck seems to be stacked against them from the get go. Not only are there new minimum higher-education and degree requirements, fewer lenders and loan servicers are willing to accept work completed by an apprentice; we call them trainees. There are also many practicing appraisers who are not willing to share the workload or pay a trainee."

San Diego-based Transcontinental is among a class of firms known as appraisal management companies (AMCs). Serving a national client base TCV and companies like it provide a window into how some appraisers receive paid assignments to assess the value of real property. AMCs mostly serve mortgage companies and lenders by assigning individual appraisers to perform inspections and provide accurate valuations for properties the lenders may finance.

AMC executives like Vancellette and his colleagues spend decades cultivating relationships with appraisers, who get paid by companies like TCV as independent contractors. It could easily be argued that appraisers who work with appraisal management companies like Transcontinental or one of its competitors have the best of both worlds,--working independently...being their own bosses. At the same time, they leave the sales, invoicing and other administrative tasks to their appraisal management company.

"They can work as much as they want, or part-time if they have other things going on," says Vancellette. "We work with a lot of parents and semi-retired seniors who want to work part-time."

Ironically, that independence plus the relatively high pay and seemingly endless supply of assignments, as well as flexible schedules have some in the real estate industry wondering if there is much incentive for established appraisers to cultivate and groom the next generation of appraisers. The professional guild-training regimen requires financial commitment and the sacrificing of time from both the master appraiser and her apprentice.

"Appraisers are very independent people," Vancellette continues. "There are of course appraiser organizations that are concerned about what's coming. But for the most part, today's individual appraisers aren't actively recruiting the next generation and that's showing in the decline in the number of appraisers across the country."

Like other appraisal management companies TVC is pretty much always looking for good appraisers. But finding new blood is a bit like spotting specimens of endangered species in the wild. In addition to imperatives such as lenders in need of independent appraisers to accurately value the collateral against which they risk large sums of money as real estate loans, the law requires professional appraisals to be performed in real estate transactions. With those mandates, it's easy to see why the title "licensed real estate appraiser" is a high-demand profession.

"Appraisal Institute research shows that the number of licensed U.S. appraisers has declined nearly 20 percent since 2007, but that decline is from a number inflated by a then-booming real estate market that markedly dropped when the bubble burst," Appraisal Institute President M. Lance Coyle said in an interview with Valuation Review earlier this month. "Regardless, the number of licensed U.S. appraisers continues to drop about 3 percent each year due to retirements, fewer people entering the appraisal profession, economic factors, government regulation and greater use of data analysis technologies."

According to the institute, flexibility makes appraisal work one of the best 21st century jobs for Millennials, Gen-Xers, and even workaholic Baby Boomers who just won't (or can't) stop working.

"Appraisal Institute is highly active in making potential appraisers aware of the benefits of entering the valuation profession, including flexibility in work hours, the potential for high income and the satisfaction of solving difficult problems," Coyle tells the online trade publication. "The Appraisal Institute works closely with the dozen or so master's degree real estate programs in the United States. Our research shows that many appraisers enter the field after working on one or more other, often unrelated, types of work, so the Appraisal Institute's visibility and education efforts focus on much more than just current undergraduate and graduate students."

Killing the Economy?
Dave Vancellette isn't leaving it to others to get the word out about what he believes is a great career field that more people should know exists. His recent column in the California Mortgage Bankers Association's trade publication was published with the provocative headline, "Who's Killing the Real Estate Appraiser?" The piece is more of a call to action for the real estate industry than a death knell for the appraiser profession.

"Who's killing the appraiser?" he repeats near the bottom of the column aimed at industry insiders. "If we do nothing, it may well turnout that we all are. It's time to recognize the problem, unite behind a plan of action, and infuse some much needed stability into the real estate business. Ensuring a steady supply of appraisers going forward is one small, yet significant way we can be proactive toward that end."

Some hear desperation in voices of a real estate industry fretting over its short supply of appraisers, while other smell an opportunity for a change in careers.

"I hadn't thought about real estate at all, to be honest, but appraising properties sounds like something I might be interested in considering," says Shannah Mendoza, student at a community college in a Los Angeles suburb. "I had just never heard of it as a career."

"My family has always rented, maybe that's why I didn't know about the appraiser profession until I came here," she says.

No one is saying that if more appraisers don't enter the real estate industry soon, the whole economy will tank. But according to some of the brightest economic minds on the planet, there are few if any sectors that compare to real estate as impacters of the global economy.

Addressing the perils of over-valuing real estate in remarks delivered to an International Monetary Fund conference in Germany, Min Zhu, deputy managing director, at the IMF some of the world's most esteemed economists and most powerful policy makers that, "housing is an essential sector of the economy but also one that has been the source of vulnerabilities and crises."