What do you think about the plagiarism accusations against Melania Trump?

Was it really plagiarism? 58 words? Who cares? After all no one since Cicero, has said anything truly original in a political speech. This story has owned the news cycle. As a small business, it can be so tempting to beckon a little bit of that traffic my way by being a part of the conversation. Plus, it can be so liberating to say what's on my mind!

But speaking my mind and relating it to my business has consequences. When it comes to protecting your organization's reputation, turning off clients is worse than getting blocked by over-sensitive friends on Facebook.

So what's the best way for business owners to approach controversial social issues and current news events? Should you feel free to voice your opinions in public? Or are you better off keeping your thoughts to yourself? 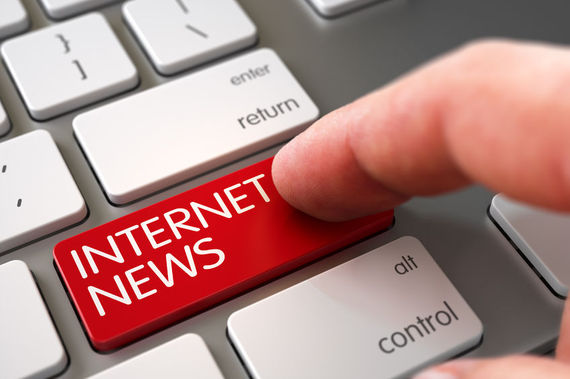 There are two schools of thought about how businesses should approach controversial issues:

All publicity is good publicity!

On one side of the spectrum are those who believe controversy is a good thing for business because controversy creates buzz. If you say something that gets people talking, sharing, and commenting on your blog post, why should it matter if most of the feedback is from people voicing their disagreement with you? Well, just ask Paula Deen.

I agree with the spirit here though. There's no way to get around it--businesses are made up of people who have emotional responses to news stories. It's unrealistic to expect you and your employees to walk on eggshells all of the time. But if you're going to risk controversy, it should be for a good cause.

Businesses should butt out!

On the other side of the spectrum are people who say businesses don't belong anywhere near controversy. John Oliver makes almost a moral argument for why corporations have a responsibility not to comment on national hashtag discussions of serious social issues.

While I agree that it is distasteful for a pizza company to enter into a discussion of domestic abuse to promote pizza, Oliver's blanket prohibition goes to far. It is not only appropriate for a travel agency that coordinates travel to Nice, France, to express shock and dismay about the news using the #NiceAttack hashtag, it makes sense to do so.

I don't believe CEO's should necessarily refrain from speaking out simply because they are CEO's. CEO's are people too! However, any entrepreneur would be wise to consider her comments from all possible angles (including that of a 14-year-old boy) and to think about how each angle might reflect on her business before posting.

At Spring Insight, we are fairly conservative (that's conservative with a small 'c') about social commentary. The closest I have come to weighing in on political controversy on my blog was my post about what small businesses can learn from Republican Primary candidates' websites. (I couldn't resist taking a jab at Trump's hair. But that's hardly controversial, right?)

Still, I don't think there's anything wrong with commenting on controversial issues, particularly if benefiting your business is your main focus. For example, I've been known to get up on my soapbox when it comes to Net Neutrality (See here and here) because it is a political issue that directly impacts my ability to do business.

Here's my take on business owners' approach to controversy:

1. Organizational wellbeing is your first priority: When the next big news event happens and you are tempted to comment on it, remember that your first objective is protecting organizational wellbeing. No short-term feeling of self-righteousness you experience from slapping down some random blowhard is worth risking the long-term health of your business. That blowhard or his friends might be in the market for whatever product or service you offer. So, ask yourself whether you would be willing to refuse to do business with a customer over this disagreement. And ask yourself whether speaking out could benefit your business. Weigh these things carefully for yourself before tweeting.

2. No one is ever going to notice your absence in commenting: This means if there's even the tiniest risk that someone could misperceive your intention and start a Twitter war with your business, it's probably smart not to comment at all. As John Oliver says so cleverly: "Your silence is never going to be controversial. No one will ever go 'I can't believe it! Skittles didn't tweet about 9/11 yesterday! They must support terrorism. I'm never eating them again!'"

3. If you just can't stay silent, make your comments relevant to your business: If there's a national news story that you know is dominating everyone's thoughts (and it's not a horrific mass tragedy of some kind), there's no harm in commenting on it from your unique perspective. Focusing on how the situation is relevant to your business will most likely keep you from saying something regretful. But if you (or one of your staff) do slip up, be ready to turn controversy lemons into marketing lemonade if possible. Bonus points for turning a national conversation into a clever and tasteful marketing campaign. Follow this realtor's brilliant example. 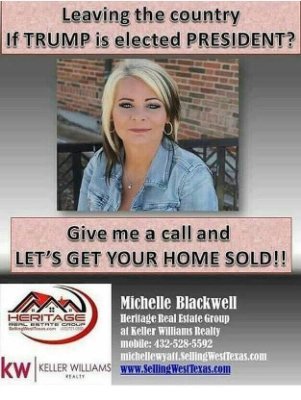 Finally, I don't care how many of Melania Trump's ex-speechwriters you hire; it probably is best to steer clear of blogging or commenting about really emotionally charged controversies under your business's name. No matter how much finesse you put on your words, you risk appearing as if you are capitalizing on people's emotions. And as I recently cautioned, even the appearance of trying to influence others' emotions tends to make people a little squirmy. Politicians specialize in influencing emotions and we all know how everyone feels about them.

Erika Dickstein is a Web Strategist located in the DC metro area. She specializes in working with small businesses on creating strategic goal-oriented websites. You can connect with her at www.springinsight.com.