In the wake of the tragic fatalities of two unarmed men - Michael Brown in Ferguson and Eric Garner in Staten Island - attention has turned to possible solutions. One that President Obama has proposed is to put cameras on cops. However, could another easy, affordable, existing solution - the Taser - have saved the life of Michael Brown?

For an inside perspective on both of these questions, I turned to Rick Smith, the CEO and co-founder of Taser International - the leading provider of Tasers, cameras and evidence archival software for police departments. 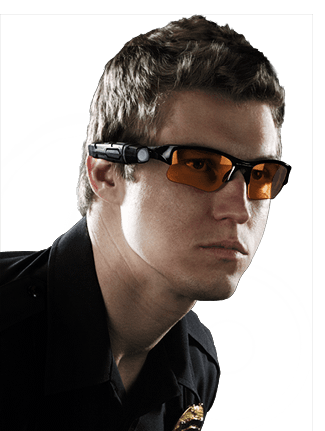 Natalie Pace: Officer Wilson wasn't carrying a Taser when he shot and killed Michael Brown. That has led to a renewed debate over whether Tasers should be mandatory for all police officers. What is your position on this?

Rick Smith: [Ferguson] would have been the perfect situation for a Taser. Now, I can't go back and say that [Officer Wilson] would have used it. I wasn't there. But, big, unarmed, aggressive people, that's the number one use case for Taser devices. We want to get a Taser on every cop's belt so that they have every option to use before they have to go to a gun.

NP: What happened in both Ferguson and Staten Island is heartbreaking, with the loss of life of unarmed men. What interests me most about office-worn cameras is that studies show a reduction of "use-of-force" incidents, of up to 60-75%...

RS: We didn't see that coming. When we got into this, we were interested in preserving a record of what happened, so that everyone would have a factual record. The surprising thing was that we didn't just record what happened. The cameras influenced what happened, from both sides. The officers are likely to be more careful, more patient and less likely to use force unless they really are justified and have exhausted all other means. Similarly, we're hearing from officers that people who are showing signs of aggressive resistance, when they tell them that they are being recorded, tend to tone it down as well. The lesson we're learning is that anytime we know we're on a camera, we're going to behave better because we know we're going to have to live up to our actions later. If that causes people on both sides of the badge to behave better and have less violent incidents, it's a real win-win.

NP: Another concern is that "bad" officers will just turn the camera off when they want to do something shady. How can the police department make sure the camera is on when it needs to be?

RS: I don't think it would be practical to give the officers a camera with no on/off switch and just leave it recording all day. Everyone has a right to a few private moments or a private conversation on a break. In fact, the ACLU is saying that they don't want the officers recording everything. For example, if you have a witness who is not comfortable being recorded, or the victim of a sex crime who may not want to be recorded.

Officers are being trained to record every significant interaction unless there is a good reason not to. If someone gets hurt while your camera is off, you're going to have a lot of explaining to do. People are going to have a negative assumption as to why they did it. There is not an officer in the world who wants to be Officer Wilson from Ferguson, Missouri. Sure, he was acquitted by the Grand Jury. But his career is in tatters. His life is in tatters. Nobody knows what happened. Police officers give him the benefit of the doubt and say, "He was probably being assaulted," and that was what the Grand Jury found. But there are a lot of people out there who don't believe that. They believe that Officer Wilson executed somebody. As such, there is a lot of negative energy and protests and death threats against him and his family.

Officers are saying, "I don't want to be a victim of that uncertainty. I'd rather have it recorded."

NP: Taser International announced multiple new orders today (December 4, 2014) - to the tune of over 600 new cameras. Tell us more about this milestone.

RS: We're at a tipping point with the improved transparency of body-worn cameras. It's spreading like wildfire.

NP: President Obama is helping the cause. Will you talk about how the new White House Initiative of the Body Worn Camera as Partnership Program is going to help police departments put cameras on their police officers?

RS: He's asking for $75 million in federal dollars to be granted to law enforcement. The idea is that local agencies would pay half, and the federal government would pay half. The funding has to be allocated by Congress, so hopefully they'll be able to work together and accomplish that. Probably the most important aspect is the endorsement, that the President of the country and other senior leaders are stepping up and saying, "Look. This is something we need to do."

NP: Can local police departments afford to put a camera on every cop - even with federal help?

RS: The funding is helpful. But what is really interesting is to look at this from an investment perspective. I'll use the city of Rialto, where the most quantitative study has been done. Rialto found that they spent $90,000 on the cameras and the software and the support services. And they saved $400,000 on hard costs on their complaints in the first year. So, these devices pay for themselves four times over in the first year of deployment. We're confident agencies will be able to find the money because they'll save so much more.

NP: Why are so many departments choosing Taser over competing cameras?

RS: The reason that the last 13 major cities that have made a decision have all purchased our system is not our camera. It's EVIDENCE.com, which is our backend [digital evidence archival service]. There are 18,000 police departments in this country. A 50-person police department may not have any IT staff. The ability that we have to bring partnerships and talent to this problem is far beyond what our customers could do if they had to do it on their own.

Amazon runs the data center, and they do it at massive scale. We write all of the software that has to interface between the data center and the cameras. We put together the best team in the industry.

NP: You just announced multiple orders to the tune of over 600 cameras. Two weeks ago, there were another 600 plus cameras ordered from the Winston-Salem police department. Are you keeping up? Are you back-ordered? How are you going to ramp up?

RS: We're not back-ordered currently. We've been pretty fortunate. Because of our Taser business over the years, we've got over $75 million in the bank. We've got all of the facilities. We make the cameras right here in Arizona. We develop the software in Seattle. We're not at all constrained from a resource perspective. We're scaling this thing very rapidly.

NP: NYPD, LAPD and Ferguson PD - these departments are noticeably absent from your orders. Can you comment on that? Are you in discussions with them? Why do you think that the police departments that are under the most scrutiny right now haven't acted yet?

RS: LAPD has been testing with us for about 3 years. They announced that they selected us as their technology partner on November 4th. We will not be able to announce an LAPD order until we get the actual purchase order, but we're in discussions with them right now. These things take weeks, if not months, to accomplish, but we are hopeful that we'll see an order from them soon. New York is testing right now, and we can't really comment at all on New York until they come to the conclusion of their tests.

NP: How about Ferguson?

RS: Ferguson is an interesting case. Shortly after the incident, one of our smaller competitors donated some cameras to Ferguson. So, I think they are using a different brand. But most of the agencies around Ferguson are working with us.

NP: Let's go back to the Taser issue. Are most police officers carrying their own Taser, or, as in the case of Ferguson, do officers have to share Tasers?

RS: Some of the larger agencies, like LAPD, LA Sheriffs, New York City, Chicago and Philadelphia, do not yet issue a Taser to every officer. They are still sharing them. In the smaller agencies, they do issue a Taser to every officer. I think we're going to see that change. There will be more growth from an LAPD going from 1000 Tasers to 10,000 over the coming years. At least that's what we believe will happen.

Rick Smith and I continued our conversation, discussing how Taser aims to become the "Q" technology innovation team to police departments around the world, by investing heavily in the technology needed to arm officers with smarter systems and less-lethal weapons. Click here for access to the full audio interview.