This is the worst wrap-up of gay pride week imaginable. A week that commemorates and celebrates the vast spectrum of human identity. One that showcases the power of love, community, and honoring our truths.

This sacred time for the LGBT community has been ravaged by a hate crime beyond comprehension. The carnage is devastating. The loss can't be put into words.

Emotions are running high. We feel helpless, unsafe, and rattled to the core. Talk about terror.

After we've switched our Facebook profile pics to rainbow filter, belabored about how to condense our sorrow into 140 characters, posted solidarity pictures on Insta, and ingested the same sound bytes until they're forever-and-a-day seared into our brains, we start to come to. The difficult process of grieving and sense making begins.

Ironically, but predictably, the fighting over the cause of this morning's violence, the worst mass shooting in U.S. history, is already in full force.

The venom is palpable. Everyone is scrambling to protect his or her own ideological territory. Am I the only one not finding much comfort in this?

Once again, gun control, mental health and ideological persuasions are up for scrutiny, as they should be.

How is it even possible that war style weapons are in civilian hands?

When will we start flooding our overstretched mental health systems with needed resources?

Why would anyone subscribe to any sort of religious belief that marginalizes or brings harm to fellow human beings?

So are antiquated beliefs, policies and practices.

Could Orlando be the collective smelling salt we need to wake us up to think beyond the obvious and to get to a deeper place of reasoning and resolve?

After this morning's attack, GLAAD President & CEO Sarah Kate Ellis declared "This unimaginable atrocity has not only robbed countless people of their loved ones, it has also stolen a sense of safety within the LGBT community. As we mourn the victims of this unspeakable attack, we are also reminded that the work to end hate in all its forms must continue."

But, "sense of safety?" Has there ever been even close to a true sense of safety in the LGBT community? Or any marginalized group for that matter? None of this is new, but Orlando's violence has to shake even the deepest sleepers out of slumbered haze. Hate has permeated for far too long, and we must wake up.

The U.S. has had more mass shootings within a thirty-year period than the combined totals of 24 countries. Terror is on the rise across the world. There's far too much smelling salt jolting us into a perpetual living nightmare, where more than ever, no one feels safe.

As global citizens of all leanings, it's time to rethink the dangerous ways we've been conditioned to view ourselves, and one another. Here are five considerations to inform our consciousness and collective action:

1.) Make pluralism a priority. A pluralistic society, by definition, is one that allows for various religious, ethnic, racial, political, and identity groups to thrive in a single society. Do we aspire to have a world where only certain members are assured safety and well-being? Or would it be better if everyone were given full rights and access to what they need to reach their full potential? Pluralism is critical to our survival and progress.

2.) Let curiosity rule. What would happen if we pulled a Curious George about our so-called "differences"? When we adopt a curiosity lens, instead of an OMG!-you're-weird-if-you-think-or-behave-differently-than-me mindset, we would become less likely to fall for social conditioning that baits fear and divide. When we see differences as assets rather than deficits, we're much better off.

3.) Put a hammer to "othering." Othering is a way of gaining power over a person or group by determining them as less than. Maybe our greatest threat is the indoctrination we receive about so-called "difference". That we have to tolerate, or put up with it. That it is to be feared, shunned or attacked. That is makes some better, and others not. Maybe other needs to be deleted. One another seems more fitting.

4.) Calm your Incredible Hulk instincts down. Our brains are wired to fire off a lot of chemicals when we feel threatened. This can lead to anxiety and rage, and prevent us from getting to a place of rational thinking. We need to retrain our brains to realize when someone doesn't agree; they are not the automatic enemy. We don't have to fight, belittle or pepper someone with bullets because we're not all the same. We can figure this out. 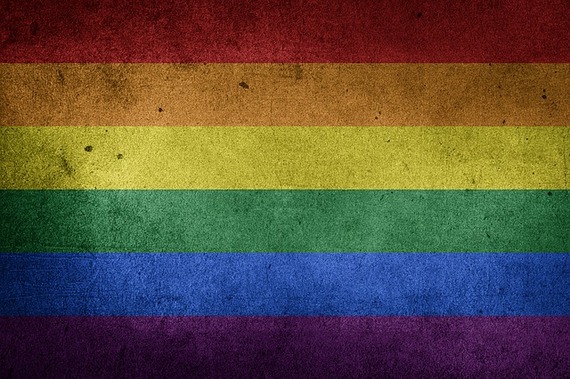 5.) The rainbow belongs to everyone. After the landmark Supreme court Obergetell vs. Hodges decision was passed, allowing for the legalization of gay marriage, I saw a piece from a religious leader, outraged the White House had illuminated itself with a rainbow to celebrate. He claimed the rainbow belongs only to his religious group. Really? A rainbow, one of the most beautiful phenomena in nature is there only for the sole purpose of a certain group? What happened to "love your neighbor"? Doesn't the earth belong to all of us? Territory is dangerous. History demonstrates so. Working to find common ground and shared human values can help brighten the days ahead not just in the U.S., but across the world.

Today is not the Sunday wake up call any of us wanted.

We can either smell the salt and spring into constructive action, or hit the snooze button and miss our chance to move pluralism further along.

I vote for the former.

Kristen Lee, EdD, LICSW, known as "Dr. Kris" is an award-winning professor of Behavioral Science and Education. Her research, teaching and clinical interests include individual and organizational wellbeing and resilience. Dr. Kris's signature ability to engage with a diverse range of audiences has led her to be invited to speak nationally and internationally to educators, health and mental health professionals, business leaders and general audiences. Her book, RESET: Make the Most of Your Stress was named Motivational Book of 2015.