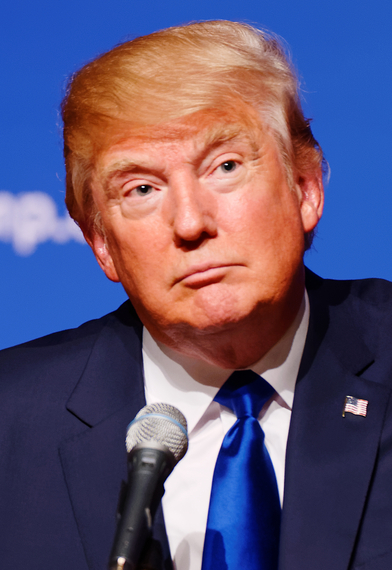 Co-Authored by Maclen Zilber, Democratic Strategist and Campaign Consultant based in Hollywood, CA

As the New York Times so eloquently described this weekend, GOP nominee Donald Trump has few options and quite a narrow path to 270 electoral college votes this coming November.

Given that Democrats start with a natural base of 242 electoral college votes if they win all 18 states that they've won in every Presidential contest since 1992, Trump's roadmap to victory includes traditional swing-state mainstays Ohio and Florida, as well as light blue Pennsylvania.

With the mountain states trending bluer each cycle, it is virtually impossible under today's electoral map for a Republican to win the White House without prevailing in Ohio. But when it comes to winning in the Buckeye state, Trump has a Governor-shaped problem: the state's popular and moderate Governor, John Kasich.

Widely respected within the state among both Republicans and Independent voters, Governor Kasich easily bested Trump in Ohio's March 15th primary. Since exiting the contest, he's refused to endorse the GOP standard-bearer and has repeatedly criticized Trump's temperament and divisive rhetoric.  As the home state Governor where the Republican National Convention took place only weeks ago, Kasich chose not attend and was chastised by Trump's campaign.

Kasich hasn't just spoken against Trump, he has been one of the strongest, most consistent, and most passionate voices to do so. His web ad against Trump in which he not-so-subtly compares Donald Trump to a Nazi was widely heralded as one of the most effective ads of the primary season. As recently as this weekend, Kasich railed against Trump's attacks against the Khan family, a Gold Star family whose son, an American hero, died in uniform, in Iraq.

Without John Kasich's enthusiastic support, Trump has a steep hill to climb in Ohio. And with Kasich as a full-throated opponent, it becomes quite hard for Trump to pull off such a gambit.

Trump's challenges in Florida aren't all too different from those in the Buckeye state. Considered a required state that Trump must count in his win column, Florida has historically been one of the most determinative contests that decides who becomes President, and in both 2000 and 2004 it provided George W. Bush his margin of victory.

While Trump has the support of primary foe, Senator Marco Rubio, the support is far from enthusiastic. Trump's weak support from Rubio may turn out to be a self-fulfilling prophecy; Rubio won't want to hurt his own numbers by further and more overtly publicly supporting Trump because Trump is unpopular in Florida, and consequently Trump will remain unpopular in Florida. Furthermore, Rubio is in a tough race himself, and he can't afford to have Donald, the human millstone, drag him down in a razor-thin race.

Beyond Rubio, and probably more importantly, is the Jeb Bush factor. Rubio has never been particularly popular in his home state - earning less than 50% of the vote in his first election, and carrying just a 45-44 approval rating at the moment. While former Florida Governor Jeb Bush's popularity is no longer what it once was in his home state, his loyalists are disproportionately the upscale educated Republicans that need some convincing to pull the lever for Trump.

The Bush coalition still matters in Florida. Over the last seven election cycles, George Bush Jr. and Sr. have won Florida all four times (well, there's some question about 2000), and Republicans have lost Florida all three times a Bush isn't on the ballot.

In a state that has truly shown us what it means for every vote to count, Bush's absence of support, even peripherally, could result in the difference between Trump's ultimate victory or defeat.

As the Times points out, Trump has sought to make gains with white, working class voters in states where trade has become a potent issue, particularly in Rustbelt region. FiveThirtyEight has noted that Pennsylvania could be the tipping point state of 2016, the way the Florida and Ohio were from 2000-2012. But, the paper also notes that no GOP nominee has triumphed in the state since 1988. And even though Trump did indeed trounce his opposition in Pennsylvania's primary, he's routinely polled behind Clinton in the state.

However, if this campaigns ends up being close, Trump is going to struggle in the electoral college in even the best of circumstances. His lack of a meaningful ground operation and lack of a well-financed campaign aren't fatal, but they will likely cost him a point or two in key swing-states.

Normally this is a situation where a strong party machine can make up for a weak candidate, but with party leaders from Ted Cruz to John Kasich to the Bushes to Koch Brothers telling Donald Trump, essentially, that he's on his own, it'll be tough for him to hang on in any closely contested swing state.

In baseball they say "tie goes to the runner." In this campaign, in any close state, the tie will go to Hillary Clinton.