Can we build a Starship Enterprise with our current technology in the next 10 years?: originally appeared on Quora: The best answer to any question. Ask a question, get a great answer. Learn from experts and access insider knowledge. You can follow Quora on Twitter, Facebook, and Google+. 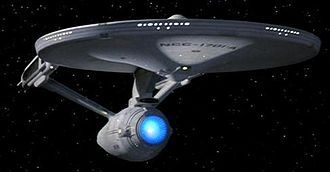 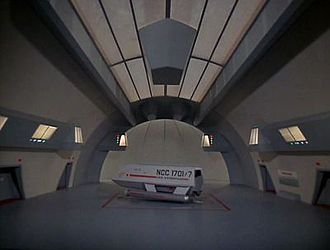 The Starship Enterprise is much more massive than the International Space Station. Here's a comparison of their respective sizes (note: I've used the original Enterprise, not the Abrams version, which is considerably larger).

The International Space Station (ISS) is the largest, most complex international scientific project in history. For decades, studies were done that developed the ideas and technologies needed to build it (e.g. the steering law algorithm was written during Apollo). The prime contractor (Boeing) was selected in 1993. The first module launched in 1998. Over the following decade, 15 countries invested their treasure (~$135 billion) to build the ISS. It took 26 Space Shuttle flights to deliver the US segment modules. An additional Russian rocket launch was needed for each Russian module. Over 1000 hours of EVA were needed for the assembly.

It would take hundreds of launches just to get the materials needed for the Enterprise into space.

Now that the Space Shuttle is retired, there is no current capability on Earth to launch and deliver modules that are not self-sufficient. While the ISS assembly was essentially "snap-on" with independent pressurized modules and unpressurized trusses attached with single ring interfaces, building the Enterprise would require real construction - welding and riveting - in space. It would take years to learn how to safely and effectively do that on such a scale.

The structural design would take years to understand. The stresses and strains on the struts that connect the nacelles to the fuselage would be foreboding. Attitude control would require hundreds of thrusters and massive amounts of fuel.

With our current technologies, it takes 38,400 sq ft (3567 m^2) of solar array to provide the electrical power needed to support the crew of 6 and the scientific payloads. The USS Enterprise has a crew of about 430. How would we even begin to attempt to generate and provide the power that size crew and vehicle would need? Some might suggest nuclear reactors, like in submarines, but getting those into space would be both an engineering and political challenge. We would be talking about launching several hundred kilograms of radioactive material, and tons of shielding, into space.

We're a couple of centuries away from being able to even attempt such an endeavor as building an Enterprise.