It's been a year since President Obama signed an executive order (#13650) directing federal agencies to modernize chemical plant safety and security policies. Since then federal agencies tasked with developing new requirements for all chemical facilities in the United States have moved painfully slow.

Prior to the introduction of this public comment period the Interagency Working Group in May released a report to the President, which listed 27 significant incidences that led to 75 deaths over the last five years. The fertilizer plant explosion in West, Texas, the fire at the Chevron Refinery in Richmond, California and at the Tesoro Refinery in Anacortes, Washington are just a few of the disasters listed in the report that have occurred since 2009. What we have learned from the EPA's request for public comment is that inherently safer systems and technologies are being examined but after taking a closer look at the unnecessary risks that have occurred in the last five years we are beyond the point of assessing and should be at a place of implementing and updating outdated policies.

Since taking office the Obama administration has called for security requirements to use inherently safer systems for all chemical facilities. While in the Senate, President Obama and Vice President Biden were also strong supporters of requirements to adopt inherently safer systems and have testified detailing the unnecessary risks of doing nothing and continuing business as usual.

Yet we've seen time and time again the failure to implement inherently safer systems has led to ruptures, explosions and fires at facilities that have killed workers, emergency responders and expose communities living near these facilities to dangerous conditions. West, Texas and Richmond, California are not the first and will not be the last chemical disasters. These tragedies are the result of our government's failure to require the use of the safest available chemical processes available.

PHOTO GALLERY
Deadliest Chemical Accidents Since 2009
Download
Calling all HuffPost superfans!
Sign up for membership to become a founding member and help shape HuffPost's next chapter
Join HuffPost
Voting Made Easy
Register to vote and apply for an absentee ballot today
Register now 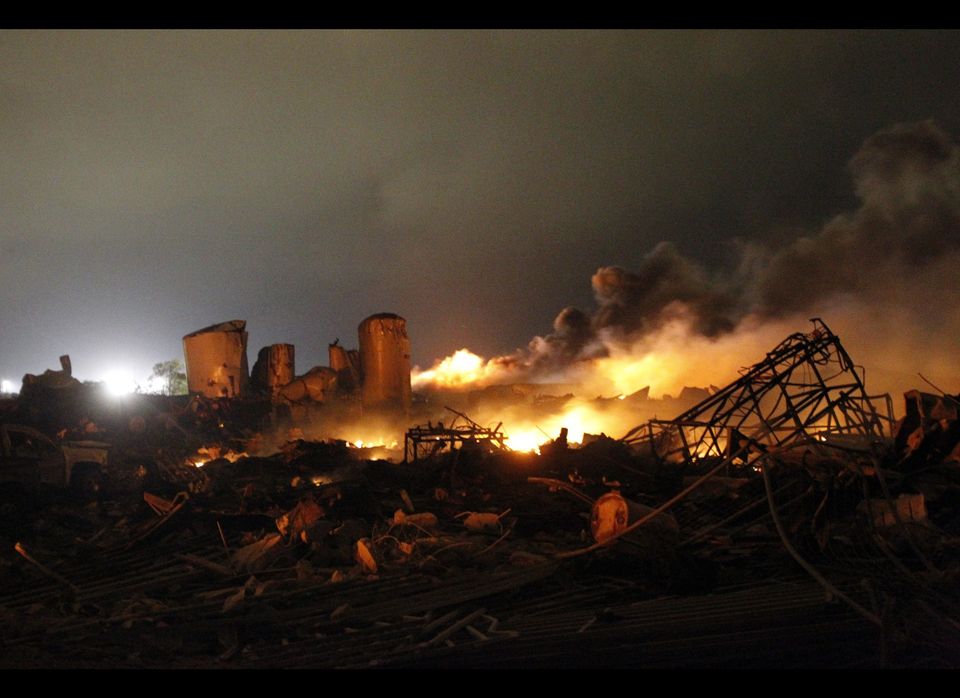 1 / 5
#1 Texas
<em>Photo: The remains of the April 17, 2013 fertilizer plant explosion in the town of West, near Waco, Texas. The deadly explosion ripped through the fertilizer plant late on Wednesday, injured more than 100 people and killed fourteen individuals. REUTERS/Mike Stone [Image licensed by Greenpeace for editorial web posting]</em> On April 17, 2013 an explosion at a fertilizer plant in West, Texas underscored what can happen when something goes wrong at a high-risk chemical facility: the blast killed fourteen people, injured 200 and destroyed entire city blocks. The explosion damaged nearby buildings including two schools and a nursing home. The facility was less than a mile away from West High School. Texas has 101 chemical facilities that each put 100,000 or more people at risk living in a highly populated area. As of 2006, at least seven chemical facilities in Texas have converted to using safer cost effective chemical process. These plants have eliminated the risk of a chemical disaster to over 1.9 million people.
REUTERS/Mike Stone [Image licensed by Greenpeace for editorial web posting]