Despite celebrations planned from Atlanta, Georgia to Los Angeles, California, few people realize that November is World Vegan Month. So, TA-DA!!! Whether you're a committed vegan, an aspiring one, or simply someone interested in learning more about the link between our diets and the suffering of trillions of animals, I hope you'll draw inspiration from the list below. Happy World Vegan Month, friends!

First, 12 compelling reasons to go vegan for the animals:
1. This is what the life of a mother pig looks like. 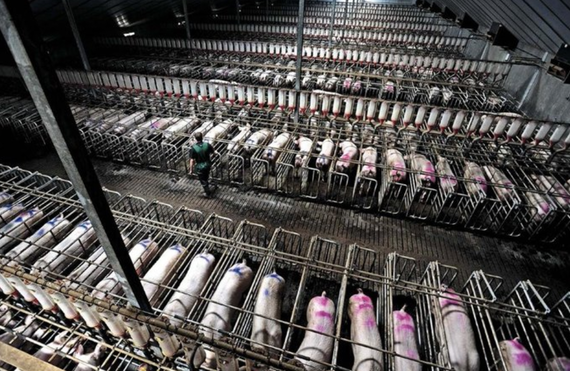 2. The pork industry kills the runt of the litter by smashing her skull into the wall. It's called "thumping."
3. After months of confinement in squalor, this is how pigs are transported to slaughter. Many are dead on arrival, having collapsed from extreme heat or extreme cold. 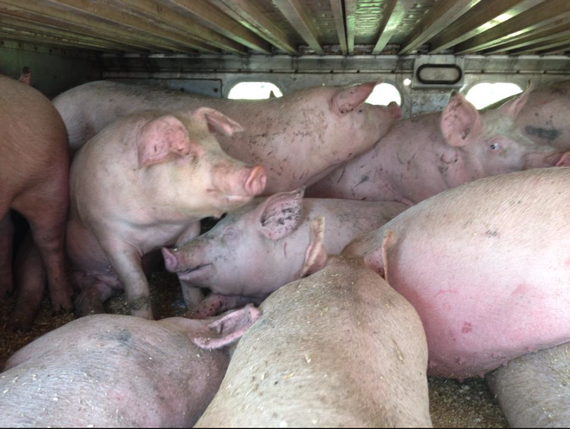 4. 300 million hens raised for eggs live their entire lives in tiny cages, called battery cages, where they can't even spread their wings.
5. Chickens' beaks are seared off, without anesthetic, to prevent the pecking caused by intense confinement. 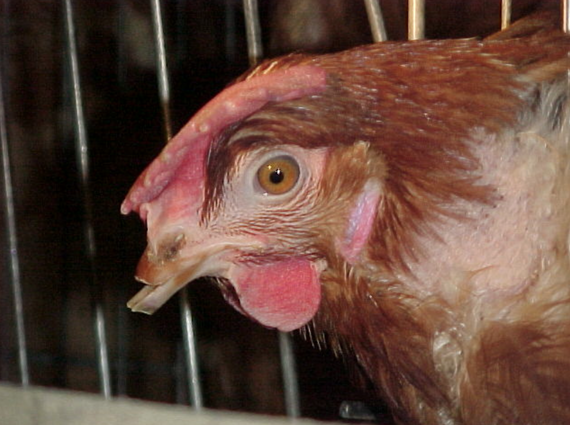 6. "Broiler" chickens (the chickens we eat) are engineered to grow large quickly. Because of their size chickens often suffer from painful complications, such as arthritis and lameness.
7. Chickens are not covered under the Humane Slaughter Act. One result? Many are dunked, fully conscious, in scalding water to be defeathered. They're called redskins.
8. THERE IS NO SUCH THING AS A "MILK COW." A "dairy cow" is kept in a constant state of impregnation (via artificial insemination, during which she is restrained and incapable of moving) and birth so that we can drink her milk. Her babies are stolen moments from birth, either to become veal if they're males or dairy cows if female.
9. Both mama cow and baby cow cry, just as you would if your baby were stolen from you.
10. Female calves often suffer from "mastitis," a painful condition of the udder. Looks pretty bad, doesn't it? 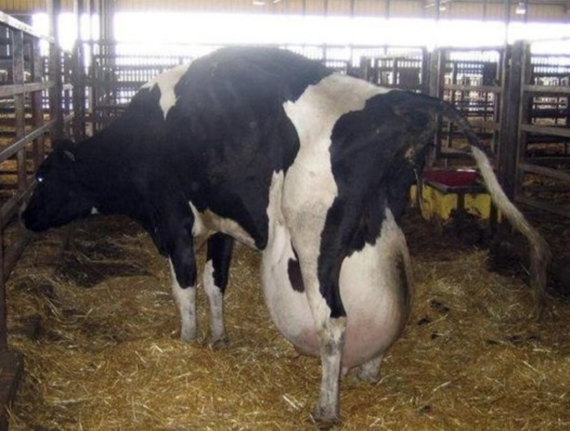 11. A quarter of a million beautiful sea turtles are killed every single year by the factory fishing industry.
12. Who would have thought that one species--humans--had the power to kill our mighty oceans? Scientists predict that due to factory fishing, there will be no edible fish by mid-century.


Next, nine new developments that make going and staying vegan easier than ever!
1. Many people have a strong "taste bias" against vegan food. But the truth is that good vegan foods are delicious. For instance, I'd never have believed that bacon made from shitake mushrooms tastes like, well, bacon made from pigs. If you can satisfy your craving for the taste you desire without harming animals to do so...why wouldn't you?
2. Don't believe me about the bacon thing? Our very own Chef Linda's shitake bacon recipe TASTES LIKE BACON. Try it and know what you think!!
3. Speaking of Chef Linda: she leads Catskill Animal Sanctuary's Compassionate Cuisine program. She teaches cooking classes, has her very own blog, and inspires vegan wannabes, vegan newbies, and committed vegans like me who just need a little...encouragement. Check it out!
4. Plant-based choices are a hot trend in restaurants around the country, so eating out as a vegan is getting easier by the day!
5. You really can be vegan in a hurry! Subway, Chipotle, Burger King and others offer vegan choices, and the vegan chain Loving Hut has 39 stores nationwide. On the horizon: vegan chain Native Foods Café plans to expand by 200 stores within the next five years!
6. Vegan festivals are popping up everywhere...and they're fun. LA even has a vegan Oktoberfest! You may have missed the festivities (and beer) this year, but you're going to want to be there in 2015. Google "vegan conferences" and get ready to party!
7. If you're a homebody: there are 1,284 results for "vegan cookbooks" on Amazon. Good LORD, get cooking!
8. Have a sweet tooth? Don't worry!! Vegans have won the popular Food Network show "Cupcake Wars" TWICE. It's easy to replace dairy and eggs in baked goods.
9. "I'd be vegan if it weren't for cheese." I know -- I hear this statement constantly. Vegan cheeses used to be downright gross. Not anymore! If you're a cheese nut, try Treeline , Chao Slices by Field Roast, or amazing-sounding cheeses like High Sierra Rustic Alpine, French Style Winter Truffle, Aged English Sharp Farmhouse from Miyoko's Kitchen. LOOK AT THOSE PHOTOS, folks!! My order is on its way! 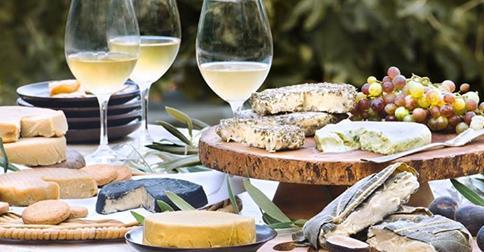 And finally, some inspiration:
1. Deeply affectionate pigs will rush to their humans when we call their names.
2. Cows have best friends, just like humans!
3. All of us want to have fun!
4. I'm not sure who came up with the term "bird brained," but it certainly wasn't anyone who knew chickens. Check out this great video of a chicken counting.
5. Compassion. It's Universal.

So there you have it, friends: 12+5+9+5=31. That's one suggestion, image, resource, or idea per day to celebrate World Vegan Month and to support you, wherever you are in your journey. Happy World Vegan Month!!! Be in touch.