Counter-terrorism has received a shot in the arm from an unlikely source. The internationally recognized philosopher of narrative and identity, Dr. Ajit Maan, has turned her considerable intellectual abilities to the deconstruction of terrorist recruitment messaging.

Maan's soft-spoken demeanor combined with her occasionally confrontational style and consistently ruthless analytic skills has left the battle-worn former Special Operations Forces she works among with the impression of "breath of fresh air" as one put it. 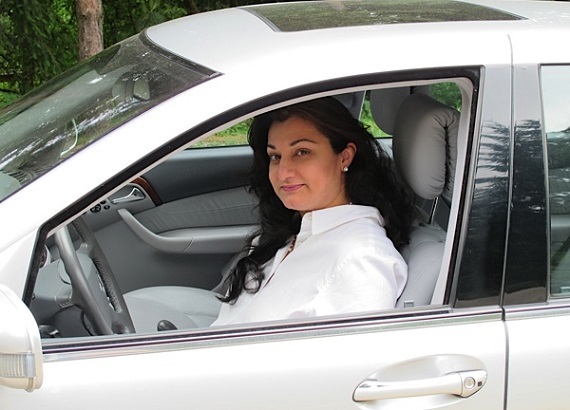 Her unique perspective makes her different not only from them, but from any social environment she inhabits. Born in North Dakota to academic parents who hail from the northern Indian state of Punjab, she comes from a military family. The "Jats" are the military class of Sikhs and known for both high percentages of representation among officers but also for their anti-government militancy. That is just one contradiction Maan is comfortable with.

The conflicting aspects of her personal life are mirrored in her work: the Doctorate she holds is in philosophy but the job she holds is grounded in conflicts in the world's most dangerous areas. Maan is Vice-President of Research and Analysis at Enodo Global, a risk assessment and mitigation firm.

Maan developed the idea of Internarrative Identity - a theory of personal identity which, uniquely, embraces conflict as central to self-development. And her recent work, focused on analyzing the mechanisms of effective terrorist recruitment, has pinpointed identity conflict as a key vulnerability in recruits.

Almost everyone, at some point in their lives, will question their identity and sense of self, wondering how and why they came to exist at specific times and places. However, most of these thoughts are fleeting and passive in nature, rarely inspiring radical action or further active experimentation. They become forgotten fantasies, lying in wait in the dormant recesses of the subconscious and silently controlling every action of their unaware host. Many never realize the root of their desires, the provocateur of their most regretted and cherished actions; and only the very best can apply the knowledge of these compulsions on struggles faced in reality.

Internarrative Identity deals with the connections formed between past events and the formations of one's identity. Maan was influenced by Paul Ricoeur, who stated, "Who one is and what one will do will be determined by the story one sees oneself as a part of." In other words, free will is dictated and limited by how one perceives one's self, and fate is only a consequence of a narrative that may be completely imaginary.

But Maan takes Ricoeur's idea one step further, explaining, "A genuinely imaginative theory of narrative identity would be inclusive of alternatively structured narratives." This shows that, while she accepts behaviour is shaped to a certain extent by identity, societal and cultural expectation and norms also play a role in forming a narrative that is coherent and acceptable in the eyes of the public. All in all, identity is a complex and fluid idea decided upon mostly by the individual, but also, for a proportion of varying magnitude, by pre-existing structures and values. No one is entirely of their own creation.

Understanding these concepts hold a vast number of implications for anyone to utilize or exploit. Terrorist organizations, for example, manage to recruit through persuasion by attempting to reshape a person's narrative and in turn their identity. Although someone may have had no previous tendencies for or affiliations with radical anarchism, they may become accustomed to the idea after their perspectives of themselves are altered. Dr. Maan uses this knowledge to combat these tactics and inhibit the expansion of these groups. Her recent book, Counter-Terrorism: Narrative Strategies, describes how identity and narrative influence behaviour, how terrorist recruiter's use this to their advantage, and how this process can be deconstructed.

Dr. Ajit Maan illustrates how practical and useful having a deep and honest understanding of one's self can be. As well, it is equally important to be aware of the implications past events have on the present, and how they can be factors in changing self-perception and, in turn, identity. After all, having conscious knowledge of vulnerabilities in human reasoning and the cause of certain behaviors is integral to everything from being able to break bad habits to preventing attacks from destructive groups.