San Francisco Opera's current production of Handel's 1730 comedy, Partenope -- now transported to a high-toned Parisian salon in the 1920s -- is an intoxicating whirlwind of fresh air. Directed by Christopher Alden, Partenope is the most desirable musical (maybe game) ticket of the season. Alden's concept is stupendous. The director maneuvers Handel's collection of immoderate misfits through a series of lofty schemes and quandaries -- a sextet of polished pandemonium -- for three-and-a-half hours. 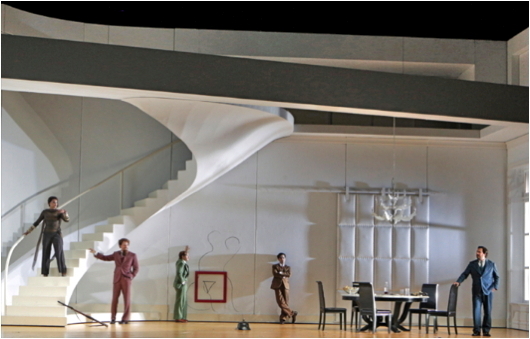 The show is perfectly cast. The performers color the frosty-white setting with ravishing mood swings, sizzling comic timing and coloratura gymnastics that spin on a dime. Julian Wachner, a stellar figure in the world of early music, conducts the orchestra which is now more in view. The tone is crystalline, transcendent. Wachner drives the shape and momentum of the score's "too many notes" to perfection. This is a Partenope -- an alluring siren born out of Greek mythology -- that can turn every head and tune every ear toward a whole new world. Baroque opera is blooming in the 21st Century.

I met with countertenor Anthony Roth Costanzo the day after the opening night performance. Anthony sings Armindo -- one of three suitors jockeying for the hand of Partenope (Danielle De Niese), here a glamorous fashionista of the Jazz Age. Arsace (countertenor David Daniels) is Armindo's chief rival -- along with the determined Emilio (tenor, Alek Shrader) who is skulking his way into first position. As fellow artists, Daniels and Costanzo appeared together in 2012 at Michigan Opera Theatre as Caesar and Tolomeo in Handel's Giulio Cesare. In December that year they were in the Met's production of The Enchanted Island -- David as Prospero, Anthony as Ferdinand. He would later assume the role of Prospero when Daniels became ill. 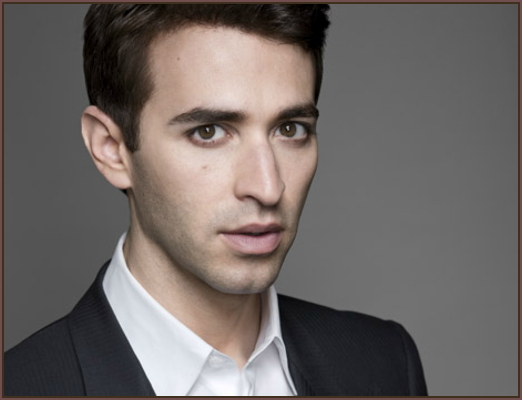 "When I was a teenager," said Anthony, "David Daniels was having his big moment. I remember his profile in Opera News. That had a big impact in my thinking about how this might be a career path. Countertenor is the term that blankets everything -- whereas with sopranos, you can call them a lyric, spinto or dramatic. That said, I really don't have a classification in terms of register. There are some countertenors who are singing crazy high notes. I'm not a male soprano. I sang High C as Orlofsky in Die Fledermaus at the Met this season. I've done roles that sit very low, such as Henze's Phaedra where I went way down into the baritone range. Through a diversity of experience I've learned how to negotiate different registers of the voice. I'm sort of a bargain countertenor in that sense -- like PDQ Bach."

Now 32, weighing-in at around 125 pounds, Anthony Roth Costanzo has accumulated an impressive resumé of Baroque roles. He is now in collaboration with contemporary composers writing music for him. At age eleven, he was Jason in the Broadway National Tour of Falsettos. At thirteen, things began churning when he appeared at Lincoln Center in a production of Amahl and the Night Visitors followed by his interpretation of Miles in Benjamin Britten's The Turn of the Screw at the New Jersey Opera Festival.

"Because I had hair on my arms and a low speaking voice," said Anthony, "the opera people sort-of said that maybe I had gone through puberty and was a countertenor. I didn't know what a countertenor was! But I thought if I could continue singing high -- which I think most boy sopranos who have had a career want to keep doing -- then that's what I'll do. When I was in grad school at Manhattan School of Music, I started to understand which companies and which young artist programs would make it work. I was very fortunate to have won a lot of competitions where the judges would have preferred to have heard a Verdi aria than one by Handel. In that context, I had to find a way to make the Handel compelling." 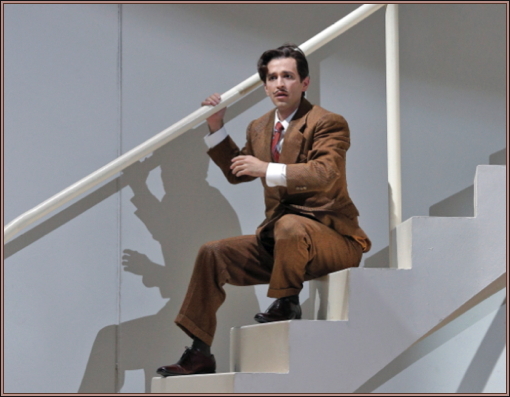 "I was able to be a part of this resurgence of Baroque music, but also have my own voice and find a way to make it exciting for audiences who are still biased to not love this repertoire. I'm working with eight different contemporary composers now who are writing things for me or that we're working on projects together. It means extending my technique and learning how to use all my different registers in different ways -- not just for Handel or Gluck. I'm really excited to be premiering Jake Heggie's new opera. It's called Great Scott -- with Joyce DiDonato, Frederica von Stade, and Nathan Gunn. Terrence McNally has written the libretto. He's created a diva, Arden Scott, who is coming back to her hometown to revive a dead bel canto opera. It's a comedy and I think it's going to be really fun."

Anthony was born in North Carolina and moved to New York about twenty years ago. His parents, both psychologists, are native New Yorkers who teach at Duke University. They were very supportive, he says, though not stage parents in any way. I suggested that somewhere in this history is a roaring comedy about a pair of shrinks with a precocious son running super-high scales and heading straight towards the Eighteenth Century.

"It's true! They always said, 'You want to do this, we'll make it happen for you.' It might have been hard for a thirteen year old boy to sing in essentially a woman's range, but it was never an issue. My mom is someone who has worked a lot with gender and studied that. But it was always 'do what you want to do and make it feel natural'. They'll be here next week to see this production." 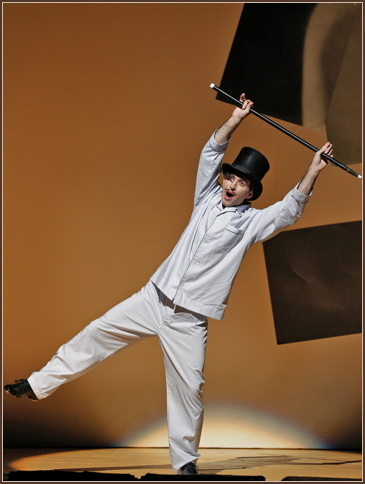 "I would live in this period of the Twenties. It's so much fun to be in it -- for four hours at a time. On top of that, I think Christopher Alden has very cleverly exploited the satire in Handel's opera, to make for wonderful and almost vaudeville moments -- especially for my character. Armindo is withdrawn, brooding, and neurotic. But he has these Buster Keaton moments of physical comedy, like falling down a flight of stairs and a tap dancing sequence in Act III. I just do it -- and it works. It's been a fun challenge to make sure the singing stays at the highest level. You know? Making your debut at San Francisco Opera?"