While people around the world tended to have positive opinions of U.S. leadership, residents of some countries had a negative impression of the United States. In five nations, more than two-thirds of those surveyed disapproved of the current administration, according to the latest U.S.-Global Leadership Project, a partnership between Meridian International Center and Gallup.

Last year represented a major improvement for U.S. leadership, Ambassador Stuart Holliday, president and CEO of Meridian International Center, told 24/7 Wall St. There were several reasons for this, including a wind-down of America’s role in armed conflicts abroad. As a result, “The view that we are the major shapers of the world and our image as being the world’s policeman are fading,” Holliday said. An ongoing return to normalcy in the global economy, in which the United States plays an outsized role, has also helped, he added.

The United States has long-running political tensions with many nations that disapprove of the U.S. leadership. Among these is Iran, which has not had diplomatic relations with the U.S. since 1980, and whose nuclear ambitions and human rights violations are points of contention for the United States. In Pakistan, the U.S. has launched attacks against terrorists and insurgents inside the country. Most notable was the 2011 raid and killing of Osama bin Laden, which led to heightened tensions between the two nations.

Another potential reason for high disapproval of U.S. leadership is the relationship with Israel. The U.S. State Department notes America was the first country to recognize Israel in 1948, and that “Israel has become, and remains, America’s most reliable partner in the Middle East.” Countries with long-running disputes with Israel — such as Lebanon and the Palestinian territories — also disapprove of U.S. leadership.

Ambassador Holliday noted the situation in the Middle East is also influenced by a lack of clarity over U.S. policy goals and, to some extent, perceptions of the U.S. government’s support of Israel. This is driven in large part by a 24/7 news cycle that chronicles every twist and turn of the peace process, Holliday added.

Several of the countries that dislike American leadership the most have also undergone recent political upheavals. Mass demonstrations in Tunisia, for example, set the tone in 2011 for what came to be known as the Arab Spring. There has also been considerable political upheaval in Egypt following the forced resignation and trial of President Hosni Mubarak in 2011. Mubarak was long considered a stable ally of the United States.

However, while it may be easy to conclude disapproval of U.S. leadership is largely limited to the Middle East and North Africa, this is not always the case. Most notably, in Slovenia, 57% of residents disapproved of U.S. leadership — despite the fact that the country is both a major ally in NATO and a member of the European Union.

But what Slovenia has in common with a number of other countries that disapprove of American leadership is the citizens’ negative opinion of their country’s government. In 2012, less than one-quarter of Slovenians had confidence in their own government, and a similar number lacked faith in their judicial system, lower than in the vast majority of the countries in the same region. Similarly, less than one-third of Pakistan and Iraq residents had confidence in their governments.

America’s strong economy may also provoke resentment among residents of these countries. According to Jon Clifton, Managing Director of the Gallup World Poll, residents of many of these countries experience hardship and do not enjoy the kind of broad economic benefits seen in more developed countries. As a result, residents equate “U.S. leadership and the leadership of whatever the current economic order represents for them.”

GDP per capita in four of the nine countries that hate America the most was less than $10,000 last year. By contrast, U.S. gross domestic product totaled more than $50,000 per capita in 2013.

Limited access to basic needs may also add to the misery of the citizens in many countries that disapprove of the United States the most. Just 31% of Iraqis were satisfied with the quality of their drinking water in 2012, less than any of the 16 other peer countries in the Middle East and North Africa. In Slovenia, only 24% of residents said they were satisfied with the availability of good, affordable housing. This was less than in all but one other OECD nation.

To determine the countries that hate America most, 24/7 Wall St. relied on data from The U.S.-Global Leadership Project, a partnership between Gallup and the Meridian International Center. Gallup also provided data from a number of other indices it produced through polling in 2012. Additional economic information and estimates, including unemployment data, came from the International Monetary Fund’s (IMF) 2013 World Economic Outlook. IMF figures on GDP per capita are given at purchasing-power-parity in order to show real differences in wealth. Data on life expectancy was provided by The World Bank.

These are the countries that hate America most, according to 24/7 Wall St.:

PHOTO GALLERY
9 Countries That Hate America Most
Download
Calling all HuffPost superfans!
Sign up for membership to become a founding member and help shape HuffPost's next chapter
Join HuffPost 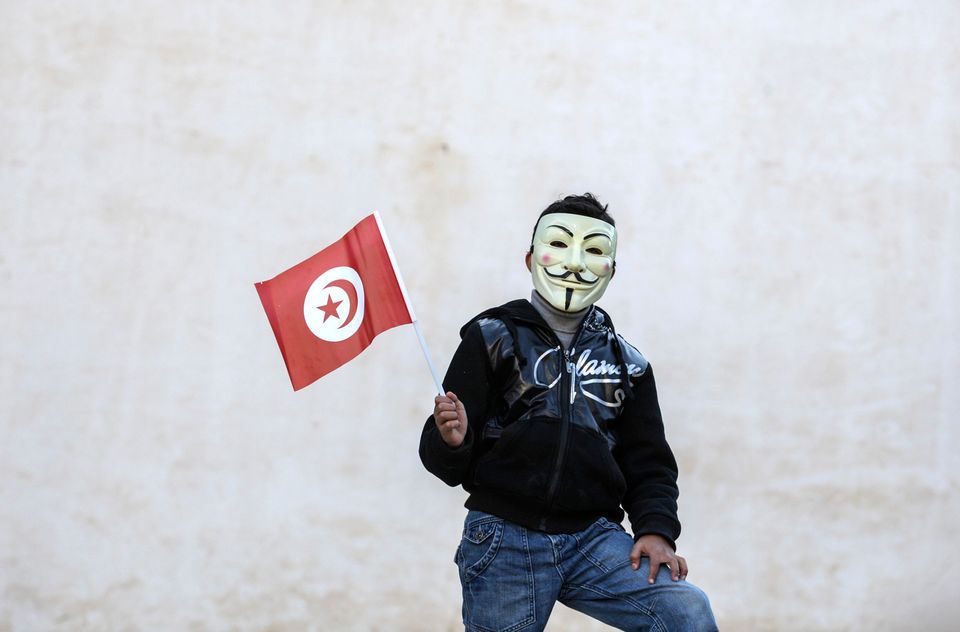 1 / 9
9. Tunisia
> Disapproval rating: 54.0% > GDP per capita: $9,447 (90th highest) > Unemployment: 16.7% (12th highest) > Life expectancy: 75 years (tied for 47th highest) Animosity towards the United States in Tunisia culminated in a 2012 ransacking of the U.S. embassy in Tunisia’s capital, Tunis, by Islamic radicals. The people of Tunisia took to the streets to protest their leadership and a high unemployment rate, which reached 18.3% in 2011. The attack on the U.S. embassy came roughly one year after the protesters succeeded in ousting the country’s then-president, Zine El-Abidine Ben Ali. Although the United States has been vocal in its support of democracy in Tunisia and has provided $400 million in financial aid to the country since 2011, more than half the population disapproves of U.S. leadership. As in many countries that have negative views of the United States, Tunisia’s economy is struggling and many of its people distrust the government. The vast majority of Tunisians believed that corruption was widespread throughout their government, according to a Gallup study in 2012, and only 20% believed the country’s economy was getting better. <a href="http://247wallst.com/special-report/2014/04/10/nine-countries-that-hate-america-most/#ixzz2yhqpZiI5" target="_blank">Read more at 24/7 Wall St. </a>
AP