After years of bitter court battles with creditors, Argentina has defaulted on its debt, according to rating agency Standard & Poor’s. After failing to come to an agreement with creditors from its previous default in 2001, the country missed necessary bond payments on July 31, triggering the default announcement. As of publication, other organizations, most notably the rating agency Moody’s Investors Service and the International Swaps and Derivatives Association, a derivatives trade group, have yet to release public statements confirming the default.

Argentina is not the only country that has struggled, or even failed, to pay its debt in recent years. It is hardly the only country with a severely impaired credit rating either. Alongside Argentina, Moody’s currently lists 10 other countries with a rating of Caa1 or worse. A Caa1 rating is several notches below Ba1, which still carries substantial credit risk. Based on ratings from Moody’s Investors Service, these are the 11 countries at risk of default.

Click here to see the countries most likely to default.

The countries with the lowest credit ratings significantly differ from one another. They span the globe, ranging from Greece and Ukraine in Europe, to Pakistan in Asia, to Ecuador, Venezuela, and Belize in Central and South America.

These nations also suffer from vastly different problems. Some nations, such as Ukraine and Egypt, owe their recent downgrades to political conditions. Others, such as Belize and Ecuador, have actually been upgraded in recent years based on their improved financial positions.

When a government has a great deal of debt relative to the size of its economy, its credit rating may also be lower. Three of the nations potentially at risk of default had among the world’s highest debt levels, at 120% of GDP or more based on 2014 estimates. According to the International Monetary Fund (IMF), Greece’s debt is projected to hit nearly 175% of GDP by the end of this year, more than that of any other nation in the world except for Japan.

However, not all countries with low ratings necessarily have a large amount of outstanding government debt. For example, Ecuador’s government debt, according to the IMF, was forecast to total just 24.8% of GDP in 2014 — an exceptionally low amount. In many cases, these countries simply do not regularly access international bond markets, either because of small financial sectors or because of debt-restructuring agreements.

Borrowing funds in the international bond market can be quite expensive for countries with poor credit ratings. Countries have to pay high interest rates on their debt because because investors require greater returns on what they perceive to be riskier investments. For example, a 10-year U.S. Treasury Note pays an annual coupon of just 2.5%. By contrast, a comparable bond recently issued by Jamaica pays out 7.65% a year. In Greece, yields on 10-year government bonds reached 29% in early 2012, right before the country defaulted.

Often, countries that tap into international bond markets do so in other currencies. For example, nations such as Argentina, Jamaica, Belize, and Ukraine have all issued bonds in other nations’ currencies. The main reason to use common currencies — such as the dollar, yen, and euro — is that their inflation rates are typically far lower than the currencies of the issuing countries. This means that investors do not need to worry as much about their investment losing value.

In fact, inflation is a major problem in several of the countries with the worst credit ratings. In one such nation, Venezuela, inflation is expected to exceed 50% in 2014, according to the IMF. Argentina’s inflation rates are likely much higher than reported by government statistics on consumer prices, which were long considered highly unreliable.

Based on credit ratings provided by Moody’s Investors Service, 24/7 Wall St. reviewed the 11 countries with credit ratings of Caa1 or worse. A rating of this level indicates considerable credit risk. Because many of these nations have significant debt in other currencies or have otherwise weak currencies, we used foreign currency ratings and outlooks for these nations. Figures on GDP growth, inflation, unemployment, population and debt levels are estimates for 2014 from the IMF’s World Economic Outlook.

These are the 11 countries at risk of default. 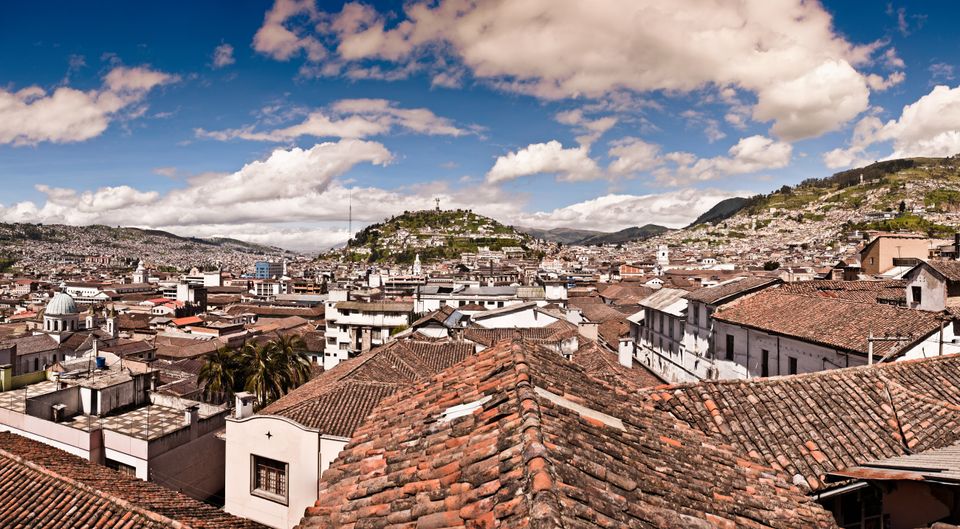 1 / 11
Ecuador
> Moody’s credit rating: Caa1 > Moody’s outlook: Stable > 2014 Gov’t debt (pct. of GDP): 24.8% > 2014 GDP per capita (PPP): $10,492 When Ecuador last defaulted in 2008, President Rafael Correa described the nation’s debt as “immoral” and “illegitimate.” The country’s past debt sales had been tainted by corruption, Correa said at the time. Since 2008, Ecuador’s Moody’s credit rating has steadily risen, reaching Caa1 in 2012. Earlier this year, the country both bought back a substantial fraction of its defaulted debt and issued new bonds for the first time since its previous default. According to figures from the IMF, Ecuador’s economic growth has been relatively healthy in recent years. GDP grew by 5.1% in 2012 and by an estimated 4.2% last year. GDP is forecast to rise by 4.2% again in 2014. Read more: 11 Countries Near Bankruptcy - 24/7 Wall St. http://247wallst.com/special-report/2014/07/31/11-countries-near-bankruptcy/#ixzz39GFBbpFR Follow us: @247wallst on Twitter | 247wallst on Facebook
Getty Images/Image Source