It won't come as any surprise that Vatican City is the least religiously diverse 'country' in the world. More than 99% of inhabitants are Christian.

What might be more surprising is that of the 12 most religiously diverse countries in the world, six of them are in the Asia-Pacific region, five are in sub-Saharan Africa and one is in Latin America. 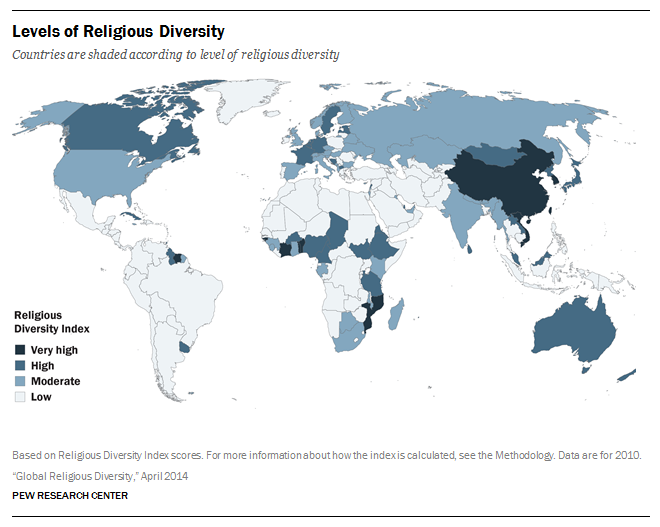 Pew Research analyzed data on religious affiliation within 232 countries and territories, organized into six major regions: Asia and the Pacific, Europe, Latin America and the Caribbean, the Middle East and North Africa, North America and sub-Saharan Africa. Eight religious categories were taken into account, including Buddhism, Christianity, folk or traditional religions, Hinduism, Islam, Judaism, other religions considered as a group, and the religiously unaffiliated. 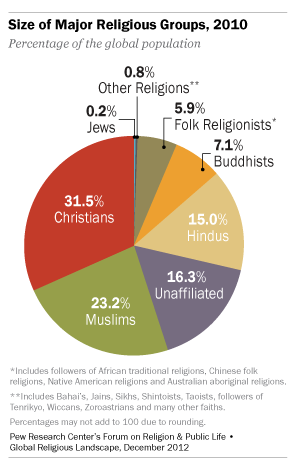 The United States is considered to have 'moderate' religious diversity, as roughly 78% of Americans identify as Christian. The second largest group in the U.S. identifies as 'unaffiliated.' 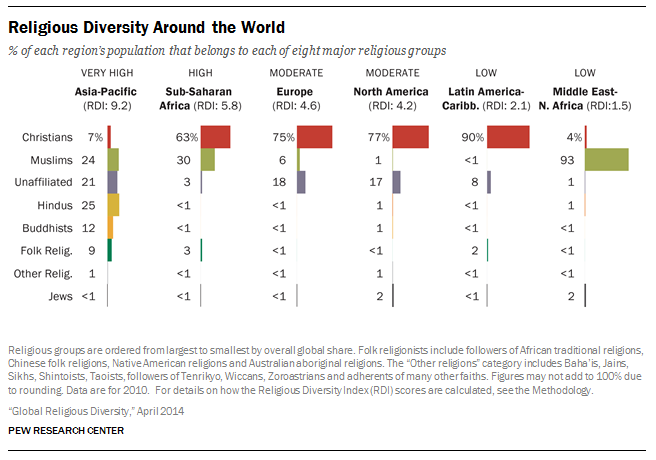 The United Kingdom, Russia, India and Israel join the U.S. in the 'moderate' category, along with many others. North Korea, Cuba and South Sudan, on the other hand, are classified in the the 'high' religious diversity category.

Here are the 12 most religiously diverse countries in the world, according to Pew Research:

The 12 Most Religiously Diverse Countries