As Libyan rebels celebrate the likely overthrow of Moammar Gaddafi's regime, nation's who once relied on Libya's oil exports may soon share their jubilation. But it's not the U.S. that will be the primary beneficiary of resumed exports.

Instead, it's European countries that will likely be the big winners when oil production returns to pre-revolution levels. Demonstrated in a jointly produced infographic from online magazine GOOD and Column Five, the volume of Libyan oil imported by these countries varies widely. The fall has had major repercussions for countries like Italy, the biggest by-volume importer of Libyan oil. On an average day in 2010, Italy alone imported six times the amount of Libya's current total daily output, according to GOOD. Ireland, even though it imported much less oil last year, may see the greatest benefit from the uprising's end, since it imported the most Libyan oil as a percentage of its total oil imports.

Here is the infographic "Which Countries Are Most Reliant on Libya for Oil?" provided by GOOD: 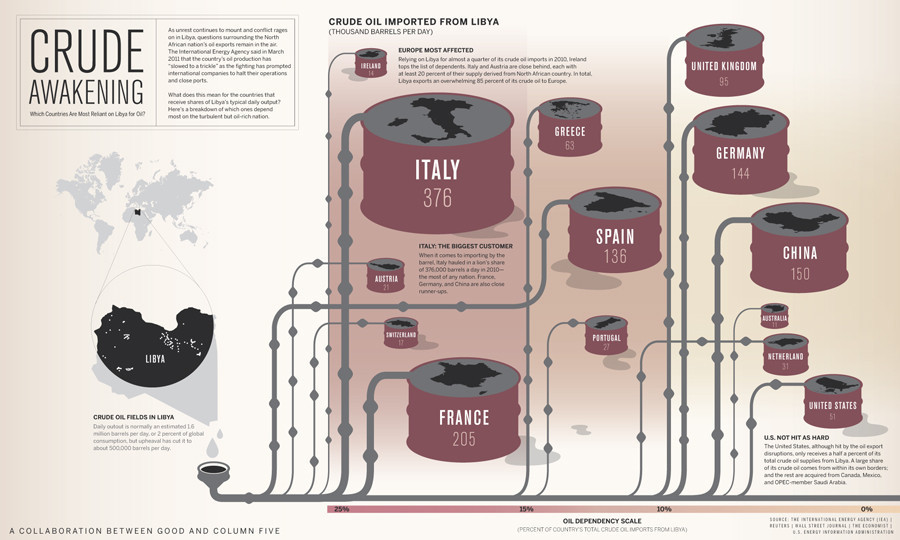