Many historians argue that the bombings in Hiroshima and Nagasaki were a turning point in mankind's history, events that marked the beginning of humanity's ability to instantly self-annihilate. After the United States had its first successful nuclear test in 1945, the nuclear club was soon expanded to include tests by the Soviet Union (1949), the United Kingdom (1952), France (1960), China (1964), India (1974), Pakistan (1998), and North Korea (2006).

As of today, there are nine countries generally recognized to own nuclear weapons, with Iran actively seeking to join this group. In order of the estimated size of the nuclear arsenal, from largest to smallest, are: Russia, the United States, France, China, the United Kingdom, Pakistan, India, Israel and North Korea. Notably, the five members of the Security Council (Russia, the United States, France, China and the United Kingdom) were the first developers of nuclear weapons and currently have the five largest nuclear stockpiles in the world. 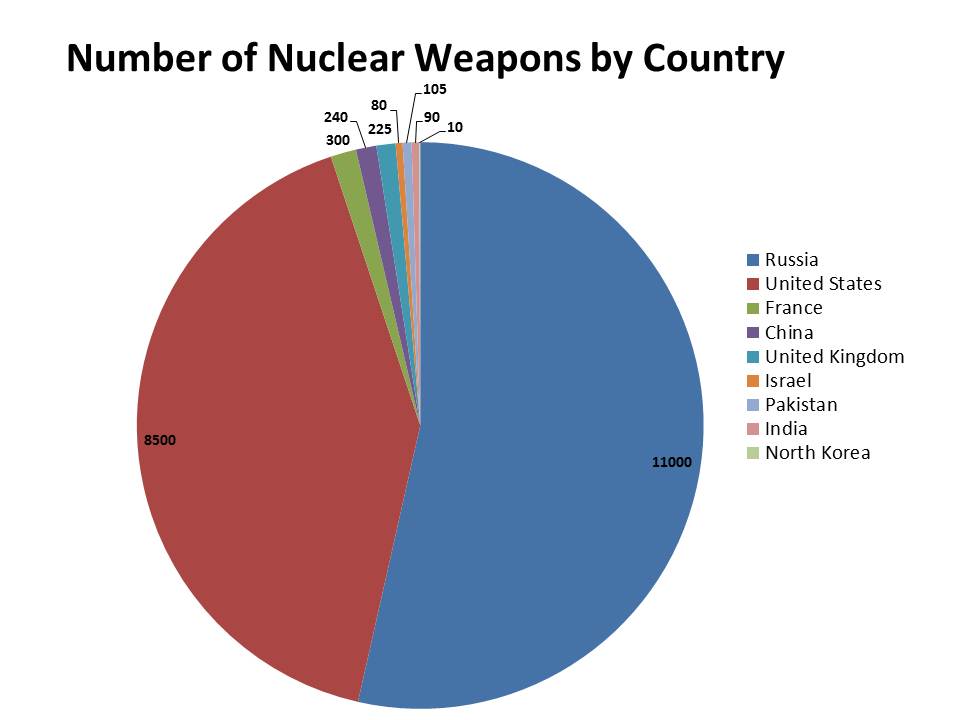 For those tracking the volume of nuclear weapons, the American nuclear stockpile peaked in volume in 1966 and has been dramatically reduced since then. A total of around 67,500 nuclear weapons had been developed by the United States but currently there are only about 8,500 due to dismantling programs. The Russian arsenal is also currently about one-third of the level of its all-time peak volume. 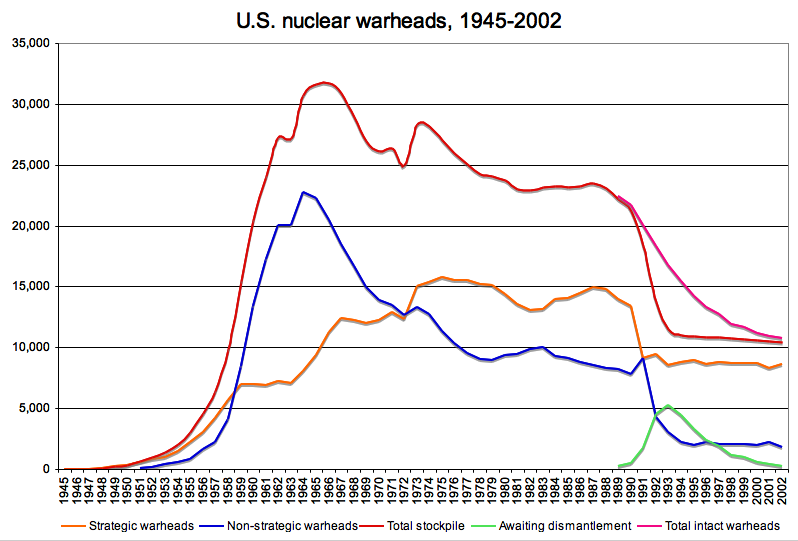